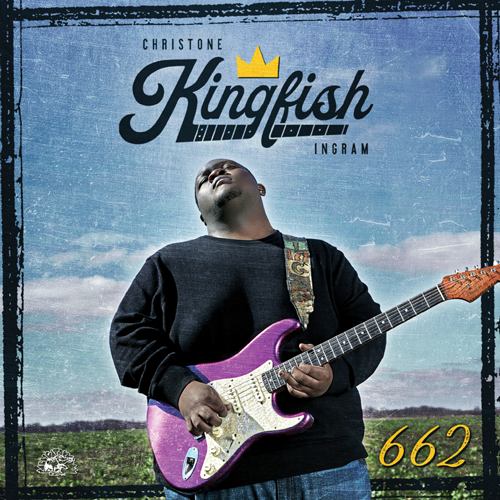 Christone “Kingfish” Ingram will celebrate the release of his new Alligator Records album, “662,” with a live performance at The Rapids Theatre in Niagara Falls on­­­­ Friday, Nov. 5. Ingram’s new headlining tour, titled “Christone ‘Kingfish’ Ingram Presents 662: Juke Joint Live,” will take the 22-year-old guitarist, vocalist and songwriter across the U.S. and Europe into February 2022.

In his short career, 22-year-old Christone has already become a celebrated blues musician – and for good reason. Buddy Guy called him, “the next explosion of blues.” Rolling Stone declared him to be “one of the most exciting young guitarists in years, with a sound that encompasses B.B. King, Jimi Hendrix and Prince.” NPR Music described his music as “blues at its raw and powerful best.”

He received an avalanche of national and regional press, in major dailies (New York Times, Washington Post), national publications (DownBeat, Relix, MOJO and just about all the guitar magazines) and a host of online media (RollingStone.com, NPR Music, AllMusic. com, NoDepression.com). He appeared on the cover of Living Blues in December of 2020 and on the covers of both Guitar World and DownBeat in February. Ingram features aired on PBS-TV’s “American Creators” series, NPR’s “All Songs Considered” and “World Café,” and XM/Sirius’ Bluesville channel. He’s opened shows for Vampire Weekend, Jason Isbell and Buddy Guy.

Besides a Grammy nomination for his self-titled Alligator debut, “Kingfish” – released in 2019 and cut when he was only 18 – the artist received earned five Blues Music Awards and four Living Blues Awards, including Album Of The Year in both competitions, for the record. And Ingram had the honor of being named an NPR “Music Slingshot Artist” as a breakout artist to watch. NPR continues to champion the young Ingram with an interview on “Morning Edition” to speak about “662.”

The album was named for the area code of Clarksdale and much of the Mississippi Delta. Ingram’s team calls it “a powerful and personal album; a fiery coming-of-age record.

“Since his debut, he’s become an even more thrilling and impactful guitarist and a more soulful and nuanced singer. Plus, for ‘662,’ he co-wrote 12 songs and the bonus track (a paean to his recently deceased mother, Princess Pride). The songs celebrate the influence of his deep Delta roots, but also reflect his coming-of-age and the insights he gathered from his many months on the road.

“The world was introduced to me with ‘Kingfish,’ ” Ingram said. “Now with ‘662,’ I want the world to hear and meet a different, more personal side of me. My sophomore album is a direct reflection of my growth as a young man. This album is very personal to me as it was conceptualized, created and co-written during the COVID-19 pandemic when I returned home to the 662 after a truly whirlwind year of change and growth. ‘662’ is an album that sits on the legacy and influence my blues music elders have instilled in me, but is also my unique, personal story."