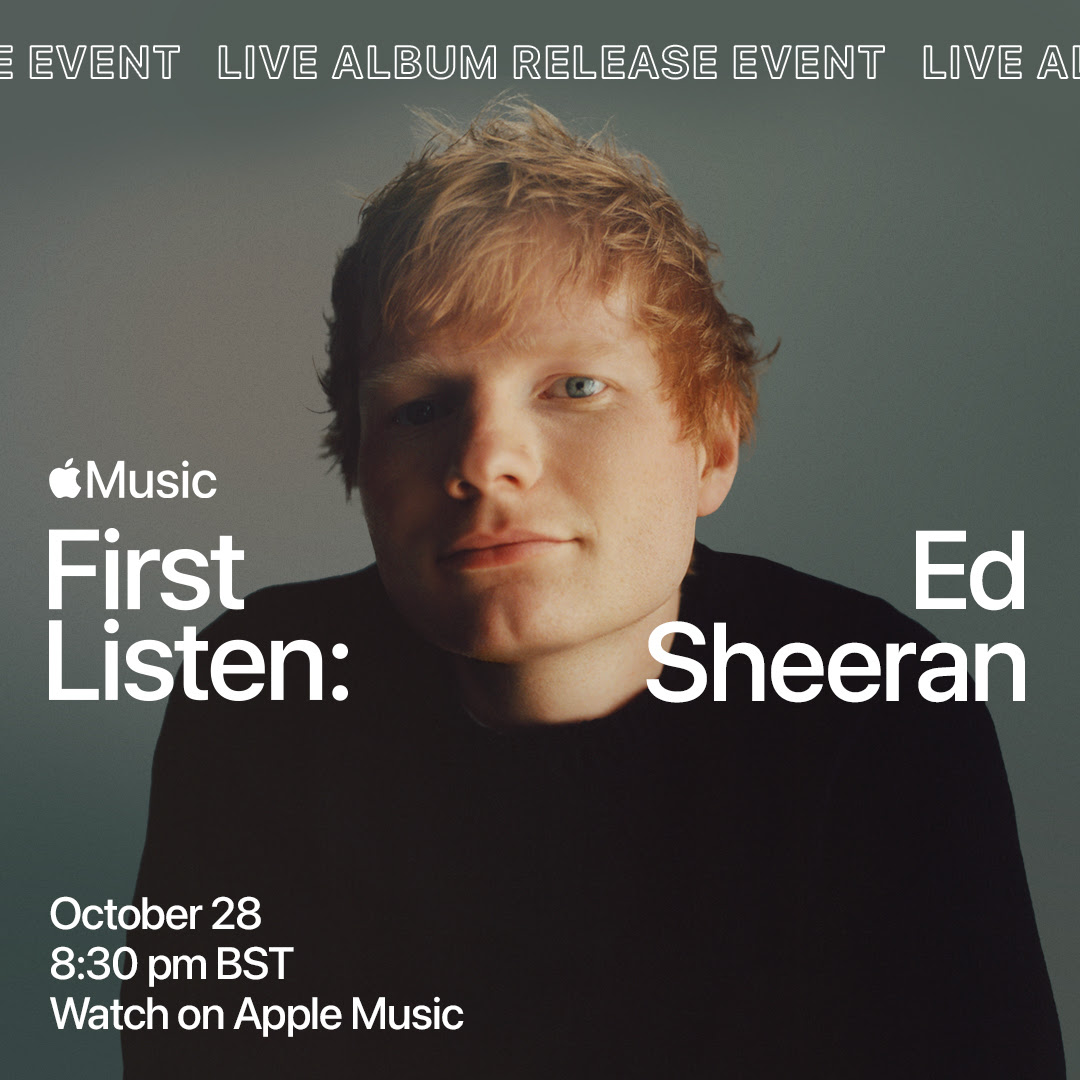 Ed Sheeran is counting down to the release of his new album = with a special Apple Music “First Listen” global livestream celebration Thursday, Oct. 28 (3:30 p.m. EST) only on Apple Music here.

During the event, Sheeran will join Apple Music’s Zane Lowe live to play new songs from '=,' to chat about the new album, and to answer questions from fans.

After four years in the making, Sheeran is back with “=,” the fourth installment of his symbol album series following his full-length debut “+”, breakthrough “x”, and record setting “÷.”“=” is preceded by hit singles “Bad Habits” and “Shivers.” Fans can pre-add = now on Apple Music.

“First Listen” is a series of free Apple Music hosted virtual launch parties, harkening back to the album listening parties of yore but now with almost unlimited, ways for artists to connect with and treat their biggest fans to something special before releasing new music to the world. Acting as a live event extension of some of Apple Music’s most popular and influential playlists, these virtual listening parties could include everything from unreleased tracks, to special surprise guests and more. Previous events featured some of the world’s biggest artists, including Olivia Rodrigo, Shawn Mendes, BLACKPINK, Bruce Springsteen, Keith Urban, Rauw Alejandro, Karol G, Moneybagg Yo, Migos, Dan + Shay, Belly and J Balvin.