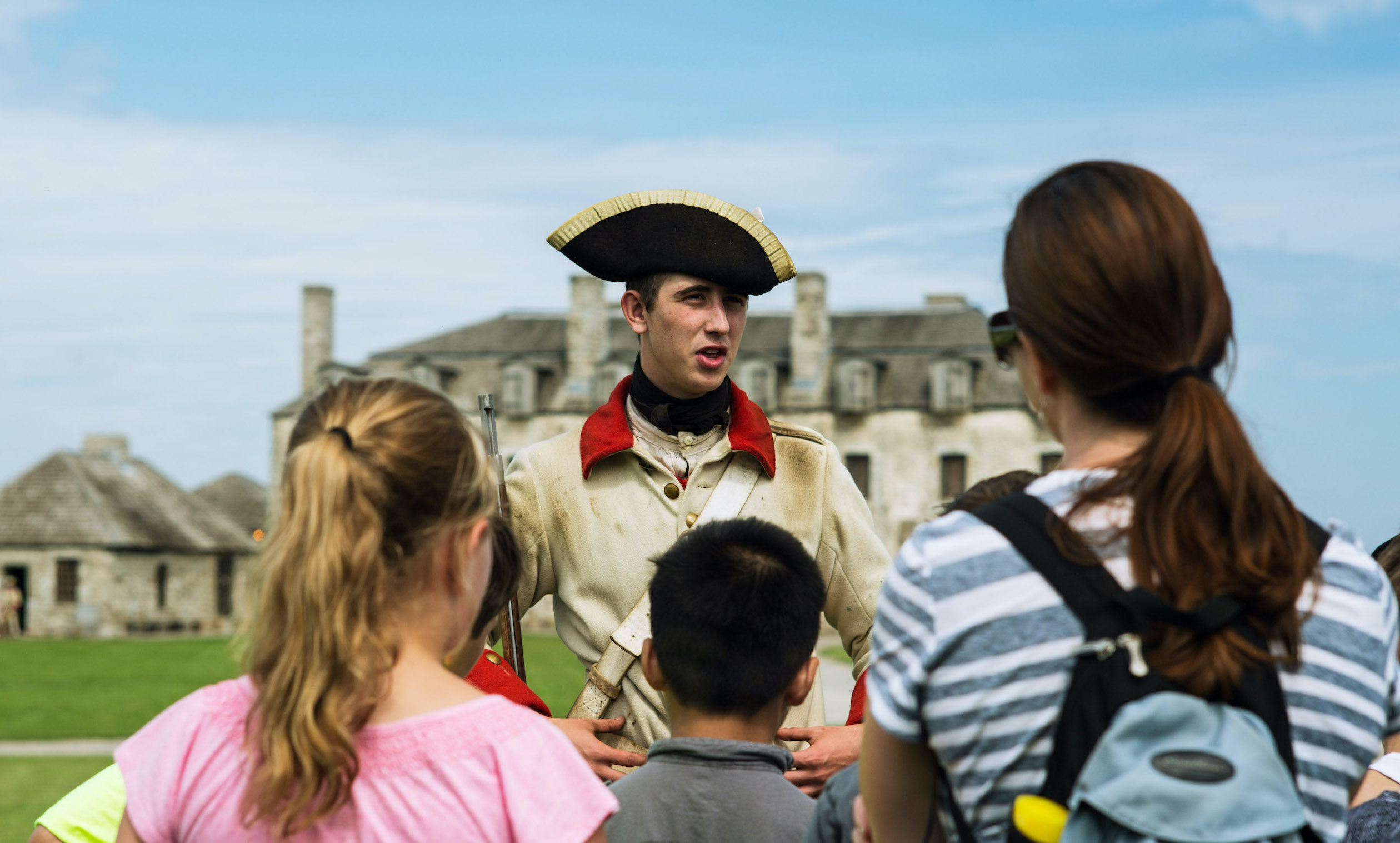 Old Fort Niagara celebrates the Niagara Region’s French heritage with two days of special programming designed to highlight the early French occupation of the area. On Friday, Nov. 5, the historic site will welcome French language and social studies classes to learn about the lives of soldiers and civilians who lived at the fort during the second quarter of the 18th century. The Western New York Chapter of the American Association of Teachers of French sponsors the program. It is part of a series of activities in honor of National French Week, which runs Nov. 3-9.

The program will continue from 10 a.m. to 4 p.m. Saturday, Nov. 6, with a number of public living history programs. These include the fur trade, the life of a voyageur, how to design a fortress, blacksmithing, Native American diplomacy, 18th century women’s fashions, food preparation, musket and artillery firings, surveying and tinsmithing.

The French were the first Europeans to explore the Niagara Region, with the first recorded visit by French explorers in 1669. Over the years, French merchants traded with Native Americans who lived in the region. During wartime, the French provided housing for allied Native families and hosted important negotiations at the fort.

The Great Lakes’ oldest building, known today as the French Castle, was constructed in 1726 and still stands today. During the French and Indian War, the French were forced to surrender Fort Niagara to the British after a 19-day siege.