On Friday, Oct. 15, 2021, Glenn Myron Vincent, husband and father of two children, passed away peacefully at age 57 in his Ransomville home with his family by his side, after courageously battling stage 4 type 4 kidney cancer for over 11 years.

Glenn was born Jan. 8, 1964, in Roseville, California, to Warren and Nedra (Jensen) Vincent. He retired as chief petty officer from the U.S. Coast Guard after over 20 years of service.

Glenn had a passion for the outdoors. He loved to bird watch, restore habitat, analyze geology, and camp. Glenn studied history at Jamestown Community College and Buffalo State College and had an amazing ability to correlate events, story-tell and bring history alive. He worked with the Jamestown Chautauqua Striders and coached track at Randolph High School.

Glenn was also a well-known and competitive cyclist for many years. Among his proudest cycling achievements was his qualification as a member of the Western Region Team competing in the Empire State Games, which subsequently won the Gold medal. Glenn was a Scout leader for many years and enjoyed watching his son achieve the rank of Eagle Scout.

Glenn met Yvette Makowski of Buffalo in 1996 at a cycling meeting when she was looking for riders to join her for the “Assault on Mount Mitchell” bicycle tour and race. He finished significantly ahead of her during the race but, on Sept. 20, 1997, they married and walked out of the church together. They had two children that made him very proud: a son, John Henry Vincent, and daughter Erika Alexandra Vincent.

Glenn was preceded in death by his father, Warren, and his mother, Nedra. He is survived by his wife, Yvette; his two children, John Henry and Erika Alexander; his brothers: Grant, Ken and Todd; a sister, Kyle; and an extended family.

The family will receive friends and relatives from 6-8 p.m. Friday, Oct. 22, at the Hardison Funeral Home at 401 Ridge St., Lewiston (https://hardisonfuneralhomes.com). The funeral service will be held at 11 a.m. Saturday at Hardison Funeral Home. Interment will be at the Dickersonville Cemetery on Route 104 (Ridge Road) immediately afterward.

In lieu of flowers, please go for a walk in the woods, ride your bike, raise a craft beer to Glenn, and support the Roswell Park Cancer Institute https://www.roswellpark.org and/or Niagara Hospice https://www.niagarahospice.org. 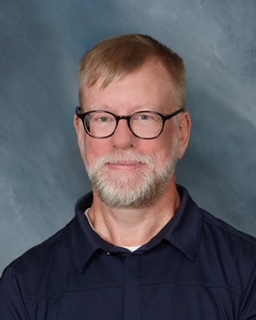