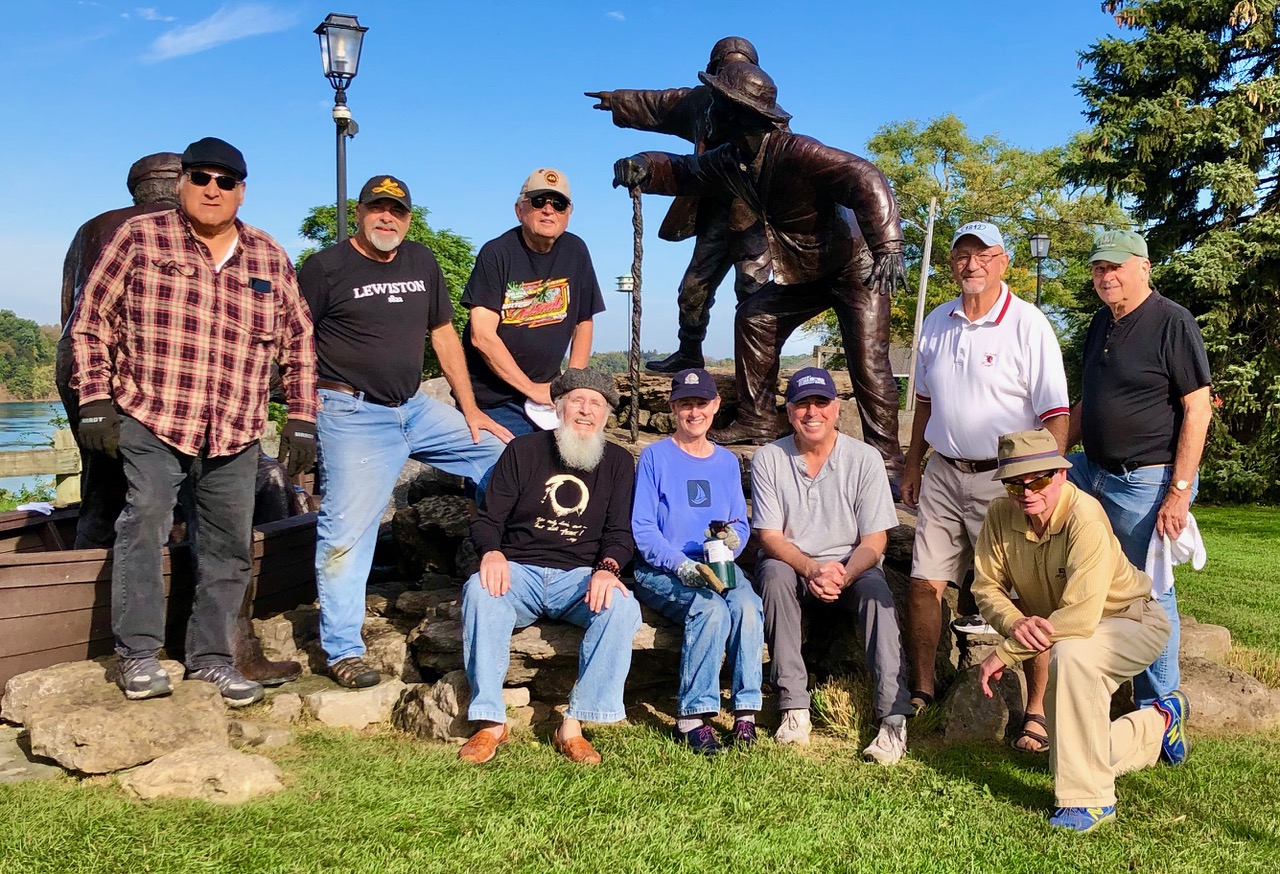 It was a beautiful sunny morning for volunteers from the Historical Association of Lewiston as they undertook their annual washing and waxing of two local landmarks last Thursday. The bronze Freedom Crossing and Tuscarora Heroes Monuments were each buffed to a shiny finish.

The Freedom Crossing Monument was installed in 2009 commemorating Lewiston’s role in the Underground Railroad and, according to TripAdvisor, is Lewiston’s No. 1 attraction outside of Artpark. The Tuscarora Heroes Monument was installed in 2013 in thanksgiving to the Tuscarora Nation for saving the lives of local citizens during the 1813 British attack. A commemorative ceremony is held each year at the monument on Dec. 19, in honor of the brave actions by the Tuscaroras.