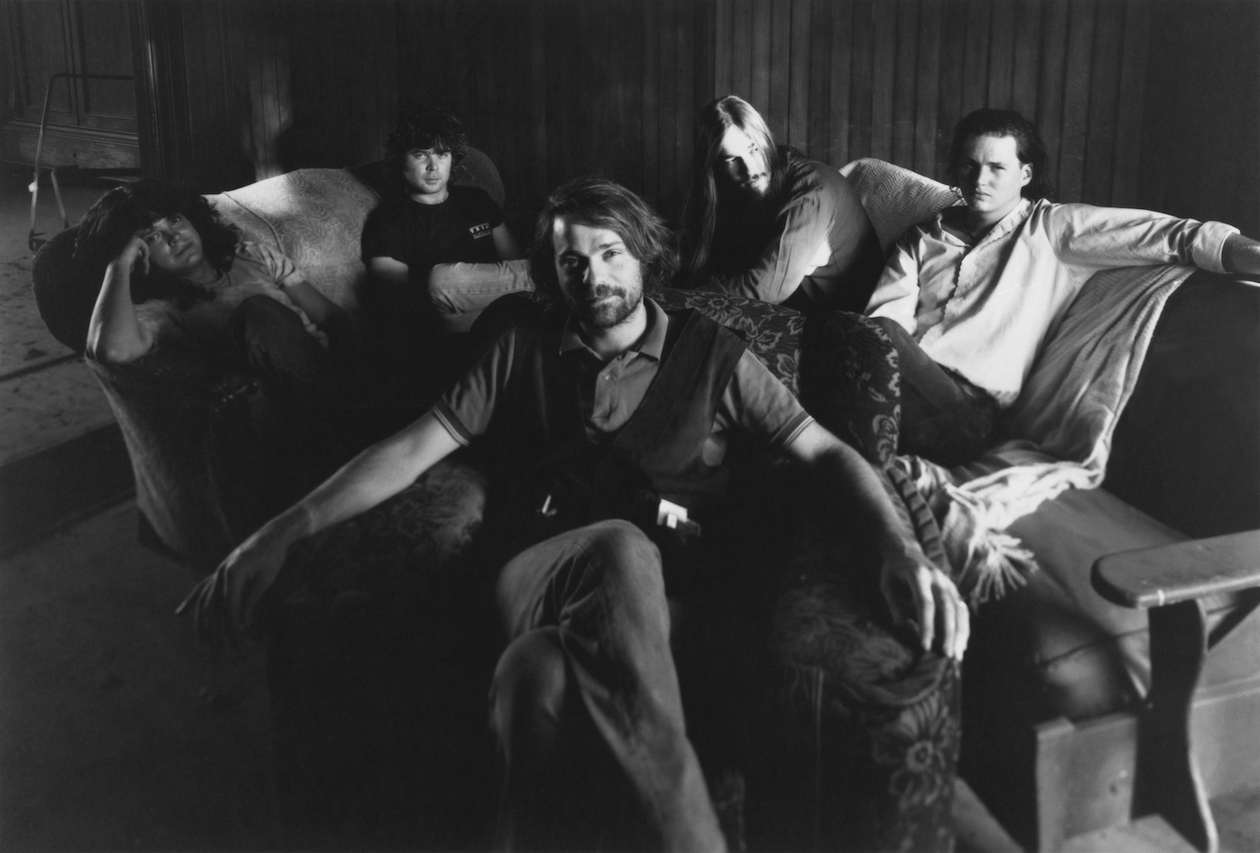 The Tragically Hip will release a special version of their sophomore album, “Road Apples 30th Anniversary Deluxe,” on Friday, Oct. 15. The album is available for preorder here and will be available in comprehensive physical deluxe CD and vinyl and Pure Audio Blu-ray audio box set editions. In anticipation of the release (physical and digital form) the band will share a raw, stripped-down version of the powerful and emotional track “Fiddler’s Green,” out today. The song, which simply features Rob Baker on guitar and Gord Downie’s vocals, will be available here.

Created to mark the 30th anniversary of the band’s second studio album, which became its first record to hit No. 1 in Canada, the “Road Apples 30th Anniversary Deluxe” editions were crafted with input from each living member of the band. The outcome, a press release noted, “is a deep dive behind the scenes of what made this album one of the most beloved in The Tragically Hip’s vast catalog. With all tracks completely remastered in 2021 by Ted Jensen at Sterling Sound in Nashville, for the first time, fans will hear music from the band with all the grit, vibrancy and passion of their original recordings, second only to being in the recording studio with them.”

The physical box set editions (CD and vinyl) of the release will contain special Dolby Atmos, 7.1, 5.1, and binaural mixes by Richard Chycki of “Road Apples,” and five cuts from “Saskadelphia,” ensuring fans have a one-of-a-kind listening experience. Fans and collectors will also appreciate the brand-new artwork for each of the packages within the physical box sets.

The expansive deluxe editions of the release are jam-packed with rare and more previously unreleased and never-heard-before pieces of music chronicling The Tragically Hip’s “Road Apples” era, including:

•“Road Apples,” the original album remastered in 2021 by Jensen at Sterling Sound.

•“Saskadelphia,” as released earlier this year.

•“Live At The Roxy Los Angeles, May 3rd, 1991,” originally recorded for a Westwood One radio show, often bootlegged and sought after by fans for many years. It has been remastered and expanded and includes the rare “Killer Whale Tank” version of “New Orleans Is Sinking.” This legendary Roxy show is now a double-vinyl album. This album is available exclusively in physical product.

Fans new and old can appreciate the intimate and rare items from the band’s personal collection, as well as fan collections that are part of the physical deluxe box set editions. Included in a 36-page booklet are essays from Bruce Dickinson (who initially signed them to MCA Records in the U.S.), and from producer/engineer Mark Vreeken, both of whom played pivotal roles in The Tragically Hip’s career; reproductions of original handwritten lyrics from Downie’s personal notebooks; never-seen photos from Kingsway Studio recording sessions and the “Road Apples” era; and a touching tribute to late producer Don Smith, along with further commentary from the band.

Recorded in 1990 in New Orleans at Daniel Langlois’ The Kingsway Studio in an old mansion that looms over the French Quarter neighborhood by a group of young men from Kingston, Ontario – singer Downie, guitarists Baker and Paul Langlois, bassist Gord Sinclair, and drummer Johnny Fay – “Road Apples” was first released in 1991. Guided by producer Smith and engineer Bruce Barris, the band – its team said – “created an album that yielded an avalanche of gritty rock ’n’ roll with a relentless quality to it, like a stream of blues that struggles to be contained.”

Critically acclaimed for more than three decades, The Tragically Hip has been at the heart of the Canadian musical zeitgeist, evoking a strong emotional connection between their music and their fans that remains unrivalled.

“A National Celebration” was the final show of The Tragically Hip’s “Man Machine Poem Tour,” recorded on Aug. 20, 2016, at the K-Rock Centre in their hometown of Kingston, Ontario, and is their last performance as a five-piece band. Through their career, the band became a cultural touchstone in Canada and, who despite accolades and numerous recognitions, will always be proudest of the humanitarian work members have done over the years through numerous charitable organizations and causes.