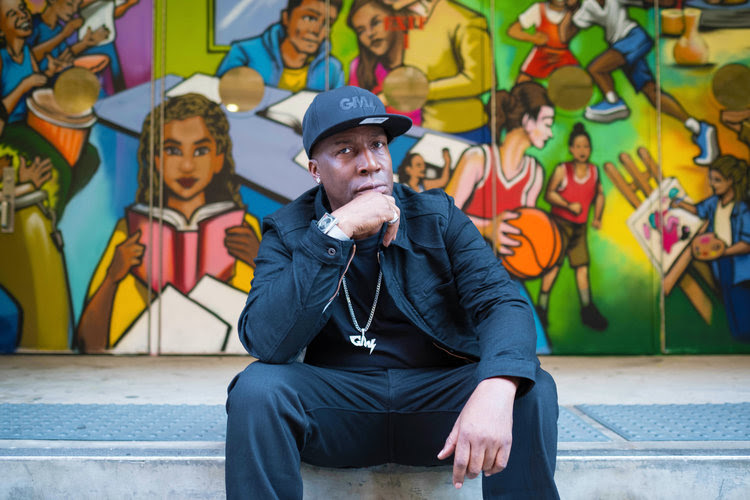 Grandmaster Flash (Photo courtesy of the University at Buffalo)

Working with university students for first time in his groundbreaking career

Grandmaster Flash, one of the virtuoso creators of hip-hop and leader of Grandmaster Flash and the Furious Five – the genre’s first act to be inducted into the Rock and Roll Hall of Fame – will be in residence at the University at Buffalo this fall. He will direct the next Working Artists Lab as part of a full semester of hip-hop inspired programming presented by the university’s Arts Collaboratory.

“The residency at UB gives me a chance to tell hip-hop’s whole story. The sights. The sounds. The places and the moments,” Grandmaster Flash says. “It’s important that we get this history right. For the next generation to take music and art in new directions, they have to know where that music and art came from, who made it and how.”

Grandmaster Flash in the 1970s emerged as one of hip-hop’s trendsetting innovators. He created an entirely new way of making music, as a DJ backspinning records, cutting and scratching. That new musical vocabulary propelled hip-hop as an art form that became part of a sweeping cultural phenomenon whose growth and influence is as great as any musical development to come out of the 20th century.

The fall 2021 lab will be the first time Flash has worked directly with university students in a revolutionary career punctuated by multiple awards, including a Grammy, a Lifetime Achievement recognition from the Urban Music Awards, a BET Hip Hop Award, and Sweden’s Polar Prize, which the BBC has called the “Nobel Prize of Music.”

“This is a momentous occasion for UB,” says Bronwyn Keenan, director of UB’s Arts Collaboratory, an innovative strategic initiative in the university’s College of Arts and Sciences that fosters collaboration and experimentation across the university and the surrounding Western New York community. “Over the course of several weeks, students from UB and Buffalo State College, along with Buffalo-area artists, will have an opportunity to engage with one of the most important artists and innovators of our time – and he is making an ongoing commitment to UB.

“This is not one-and-done.”

Like other Working Artists Lab participants, Keenan says Grandmaster Flash plans to return annually and continue working with students, engaging with the community, cultivating relationships and watching the growth of the innovative work that he’s starting at UB.

“If you look at the potential for this lab and who might participate in the future, you would have a long list of participants,” Keenan says.

Grandmaster Flash will join students via video conferencing in advance of his three-day in-person residency, which begins Sept. 30 with him hosting a private incubator session with scholars and local hip-hop luminaries. A master class from Flash on Oct. 1 will follow, as will a session on Oct. 2 where students will share their work with him. A complete and more detailed schedule is available online.

Flash will also show his film “Hip-Hop: People, Places & Things,” a personally curated firsthand history of the genre’s inspirations, origins and innovations, to students on Sept. 30.

“This film is essential viewing for those who want to understand and grasp the origins of hip-hop,” says Kennan, who met Flash several years ago at an event she organized while working at the Metropolitan Museum of Art. “It’s a celebration of growth that takes us back to the music’s beginnings exploring the four elements that came together in the ’70s: MCs, DJs, graffiti and dance.”

Grandmaster Flash produced the film as a creative enterprise and history lesson that marries personal photos and archival footage. In studio with his DJ kit, a back projection and soundtrack, Flash lays out the history of a movement that he helped write, telling stories from the flight deck of the art and ideas to emerge from the neighborhoods and innovators that began a global revolution.

“He shared the film with me and my reaction was immediate: This is something that should be made available to higher education students,” Keenan says. “If you want to get the origin story right, the academy is the place to go.”

After some thought, Flash agreed, and work began on mapping out his UB residency.

“I hope to inspire students to get out there. I want them to make it happen. Do something different,” Flash says. “I didn’t handle vinyl by the edges. I put my fingertips on the record’s surface. That was different and a lot of people didn’t like the way I was treating the records. I may not have been the first DJ, but I was the first DJ that showed how a turntable could be an instrument.”

“Now I have a chance to work with students and encourage them to do the same,” he says. “It’s important to me.”