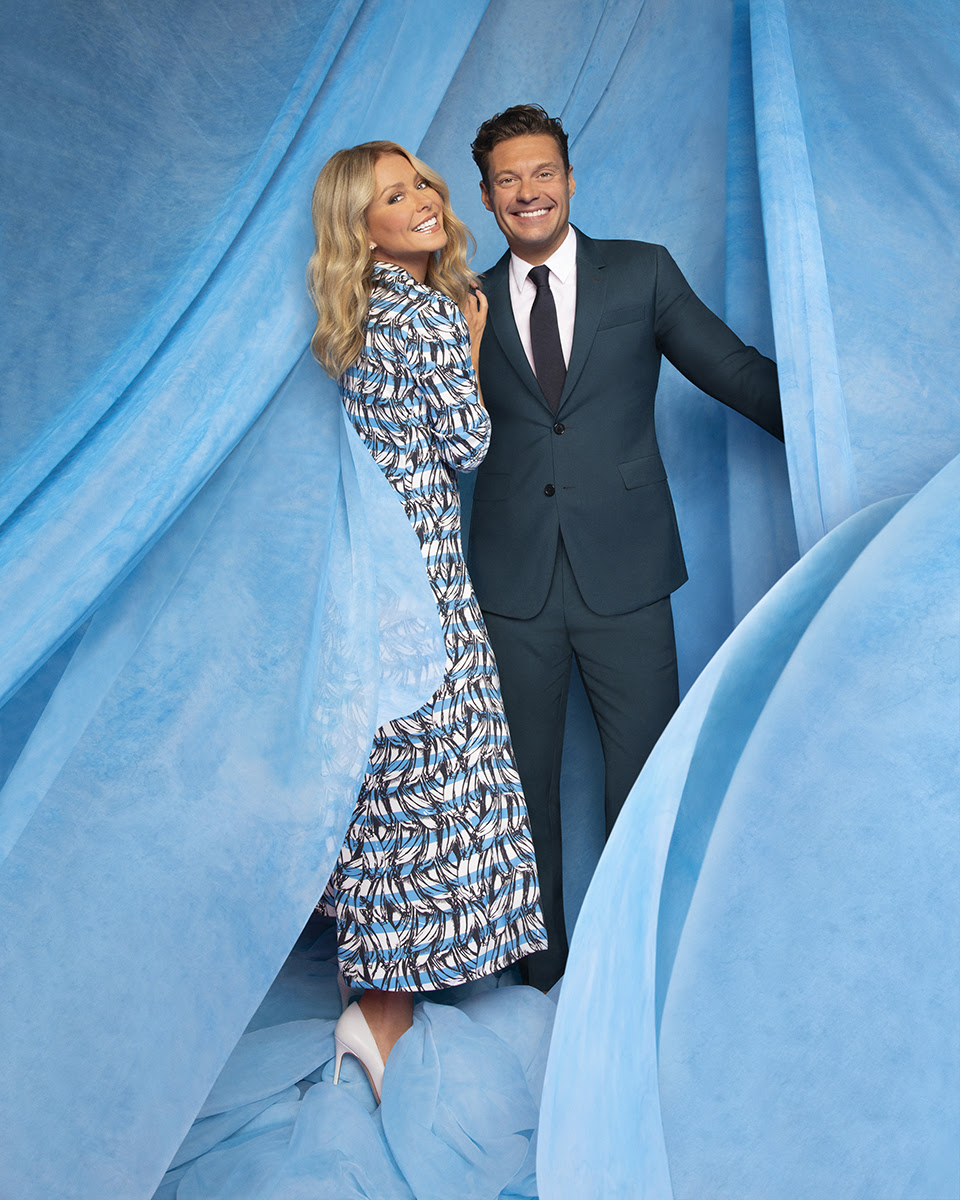 “Live with Kelly and Ryan” heads into its 34th season in national syndication on Monday, Sept. 6, kicking off with an outdoor holiday broadcast followed by a special New York-themed week and the return of “Live’s Record Breaker Week.”

“Live” begins the new season fresh off of wrapping up 2020-21 as the top syndicated talk show across all key Nielsen measures – households, total viewers and women 25-54. The show also continues an impressive ratings streak: ranking as the No. 1 talk show in all of daytime in the key women 25-54 demo for nearly 80 weeks (including 13 weeks of ties).

On the first show of the new season, Ripa and Seacrest celebrate the last holiday of summer with “Live’s Labor Day Backyard Party.” Broadcasting from a beautiful outdoor setting on Long Island, Ripa and Seacrest will be joined by reality star and entrepreneur Bethenny Frankel and actress Dove Cameron. Plus, chef Michael Symon will demonstrate how to barbecue hamburgers with a delectable new twist, and celebrity fitness trainer Isaac Boots will put the hosts through their paces with his signature Torch’d workout.

Beginning Tuesday, Sept. 7, the “Live” team will mark their return to the show’s Manhattan studio with a very special themed week, offering up a love letter to “Live’s” hometown of New York City. During “Live Loves New York Week,” Ripa and Seacrest will salute the city that never sleeps by celebrating what makes it one-of-a-kind: the food, the music, Central Park, the bright lights of Broadway and the iconic locations that make up the tapestry of the city. In addition, as New York’s own Blue Man Group celebrates its 30th anniversary, the renowned performance art company will return to “Live,” where they made their national TV debut.

Also, during the week of Sept. 20, “Live with Kelly and Ryan” again will partner with Guinness World Records for “Live’s Record Breaker Week,” five days devoted to extraordinary and exciting record attempts.

“Live with Kelly and Ryan” is distributed in national syndication by Disney Media & Entertainment Distribution. The show is produced by WABC-TV in New York and executive produced by Michael Gelman, Ripa and Seacrest. Visit “Live” at KellyandRyan.com and on Facebook, Instagram, Twitter and Snapchat (@LiveKellyRyan).