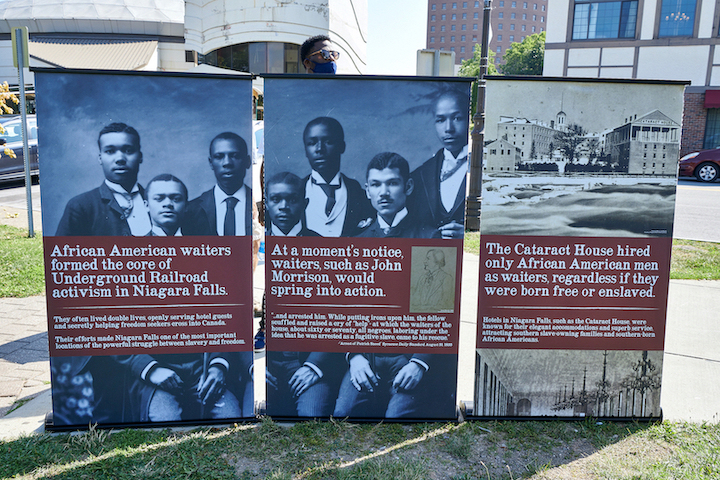 At a press conference on Thursday, The Niagara Falls Underground Railroad Heritage Commission and the New York State Office of Parks, Recreation and Historic Preservation proudly unveiled a historic marker designating the site of the Cataract House at Heritage Park, across from Red Coach Inn.

The Cataract House burned down in 1945 and was demolished in 1946. Its historic marker is in honor and remembrance of its history.

Niagara Falls Underground Railroad Heritage Center Visitor Experience Specialist and Community Liaison Saladin Allah said, “Outside of our community, people may not know much about Niagara Falls beyond the falls themselves. This marker will help others realize the vital role our region played in the Underground Railroad and the rich history of Niagara Falls’ Black community. We hope that our representation of this site will help us continue to learn from the past so we can work toward a more just, equitable future.”

Restaino said, “The Cataract House is an important part of the history of our city. It continues to show the significant impact of Niagara Falls in our national story. We appreciate the work of the commission and (State Parks) in designating this historic marker for the Cataract House.”

Funded came courtesy of a grant from the William G. Pomeroy Foundation. It is committed to supporting the celebration and preservation of community history; and to raising awareness, supporting research and improving the quality of care for patients and their families who are facing a blood cancer diagnosis. 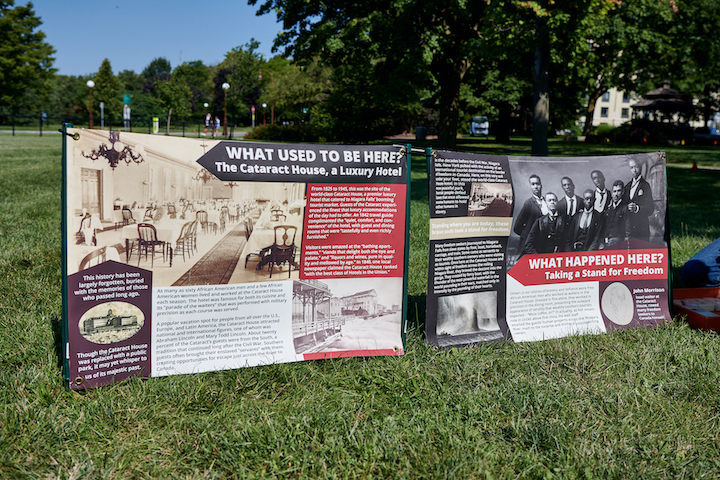 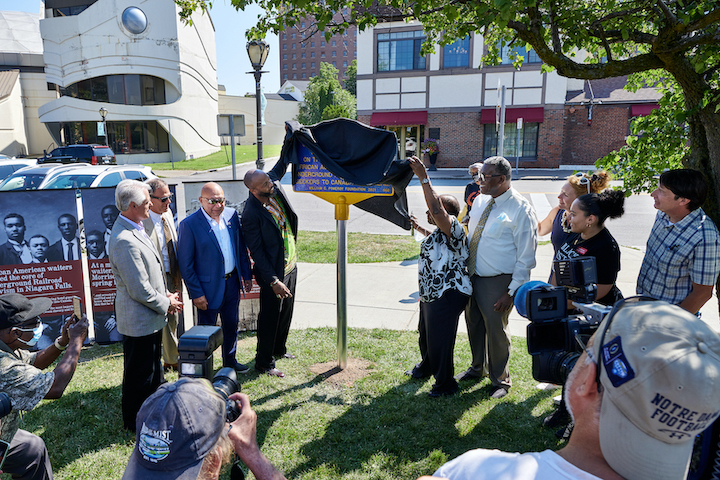 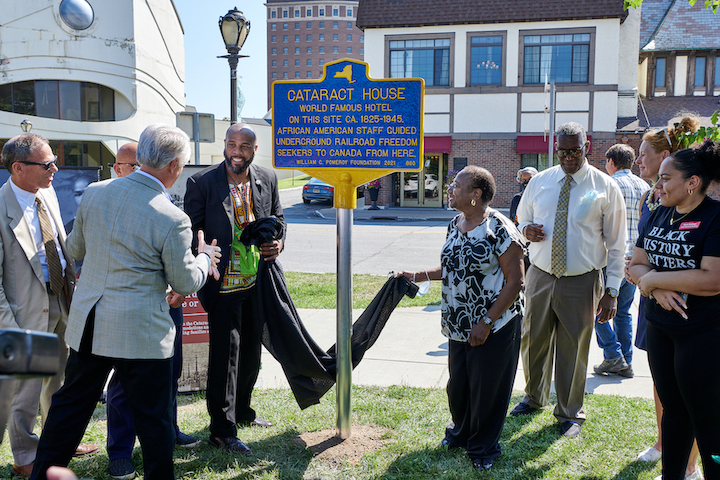 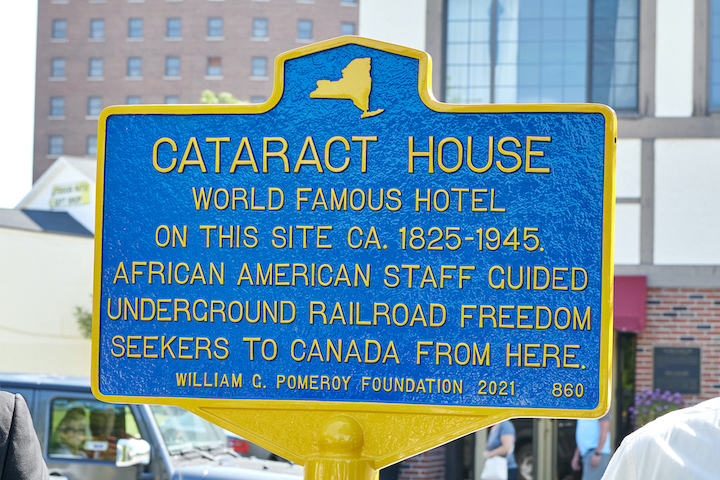 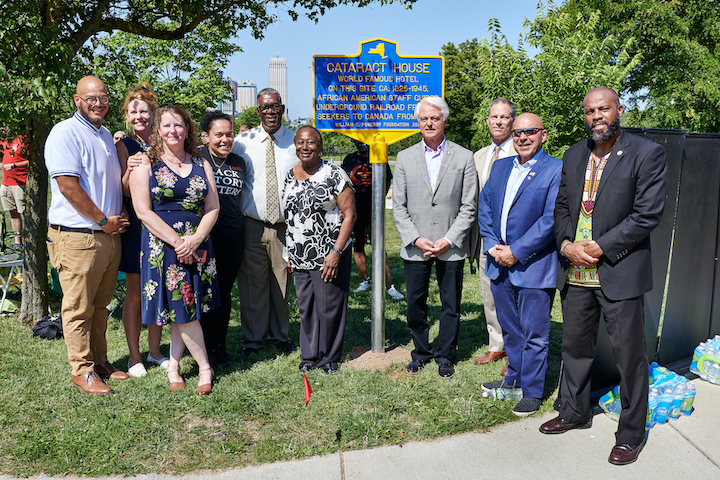