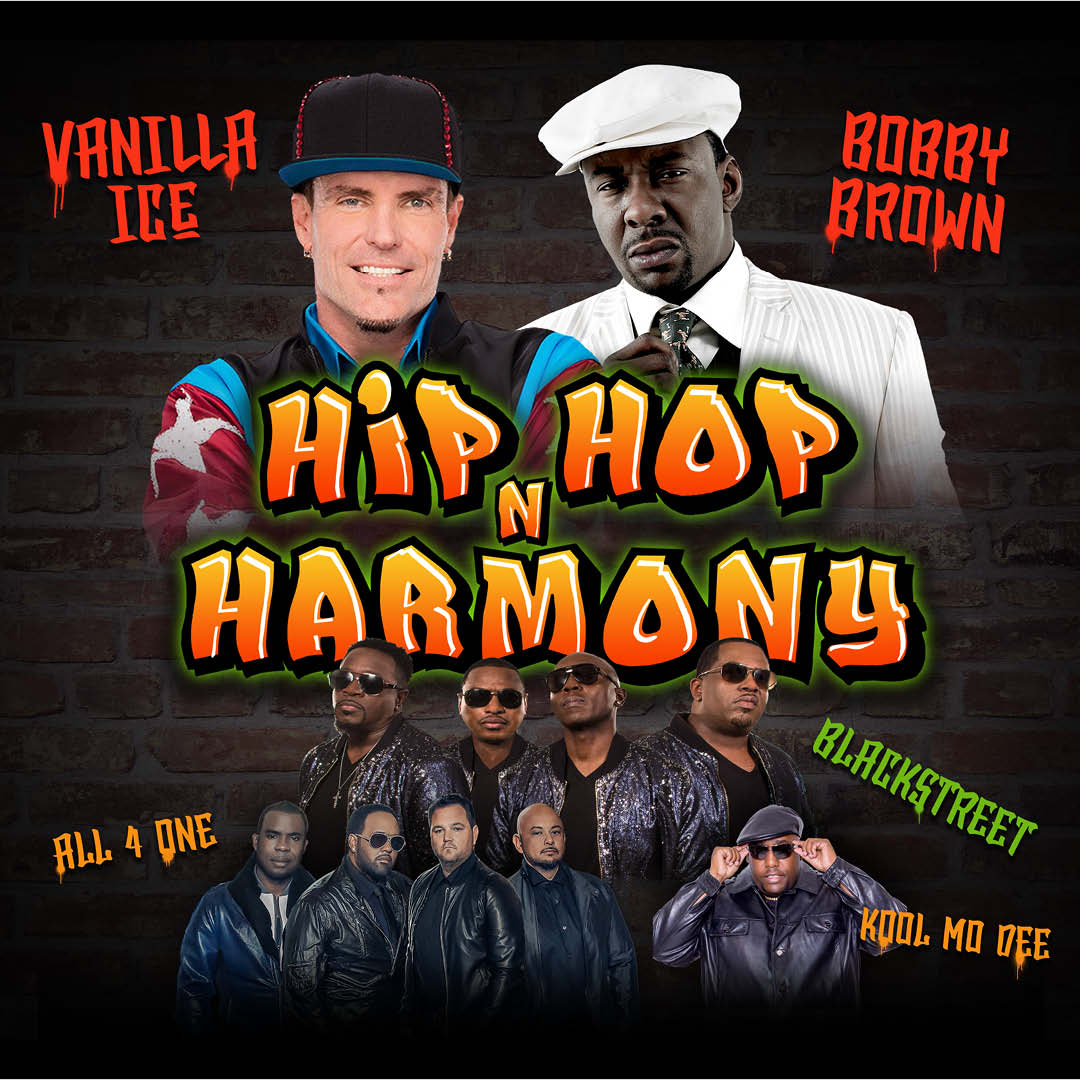 “Seneca Niagara has a reputation for bringing the biggest stars and coolest shows to Western New York, and this night will be one of the coolest,” Seneca Niagara Resort & Casino General Manager Patrick Bassney said.

“Hip Hop ‘N Harmony” brings some of the biggest names in hip-hop and R&B history together for one evening. Vanilla Ice exploded onto the music scene when “Ice Ice Baby” became the first hip-hop single to top the Billboard charts. His debut album, “To the Extreme,” became the fastest-selling hip-hop album of all time. While continuing to tour and perform for sold-out audiences, he has appeared in numerous films and television programs.

Bobby Brown was one of the biggest starts of the late-’80s and early-’90s, selling millions of albums and flooding the airwaves with such hits songs as “Don’t Be Cruel,” “My Prerogative,” “Every Little Step” and “On Our Own.”

Blackstreet is a Platinum-selling group formed in 1993. Their breakthrough hit, “No Diggity,” was a No. 1 song on the Billboard Hot 100 and helped earn the group a Grammy Award for Best R&B Performance by a Duo or Group with Vocals.

All 4 One is a Grammy Award-winning group known for such hit songs as “I Swear” and “I Can Love You Like That,” among many others. They have sold 69 million records around the world.

Kool Moe Dee is considered one of the pioneers of the new-jack swing sound. His hit songs include “Go See the Doctor,” “Wild Wild West,” “How Ya Like Me Now,” and the Grammy Award-winning “Back on the Block.”

Gates will open at 4:30 p.m., and the show will start at approximately 6:30 p.m. This is an all-ages outdoor show, but those under 18 must be accompanied by an adult.