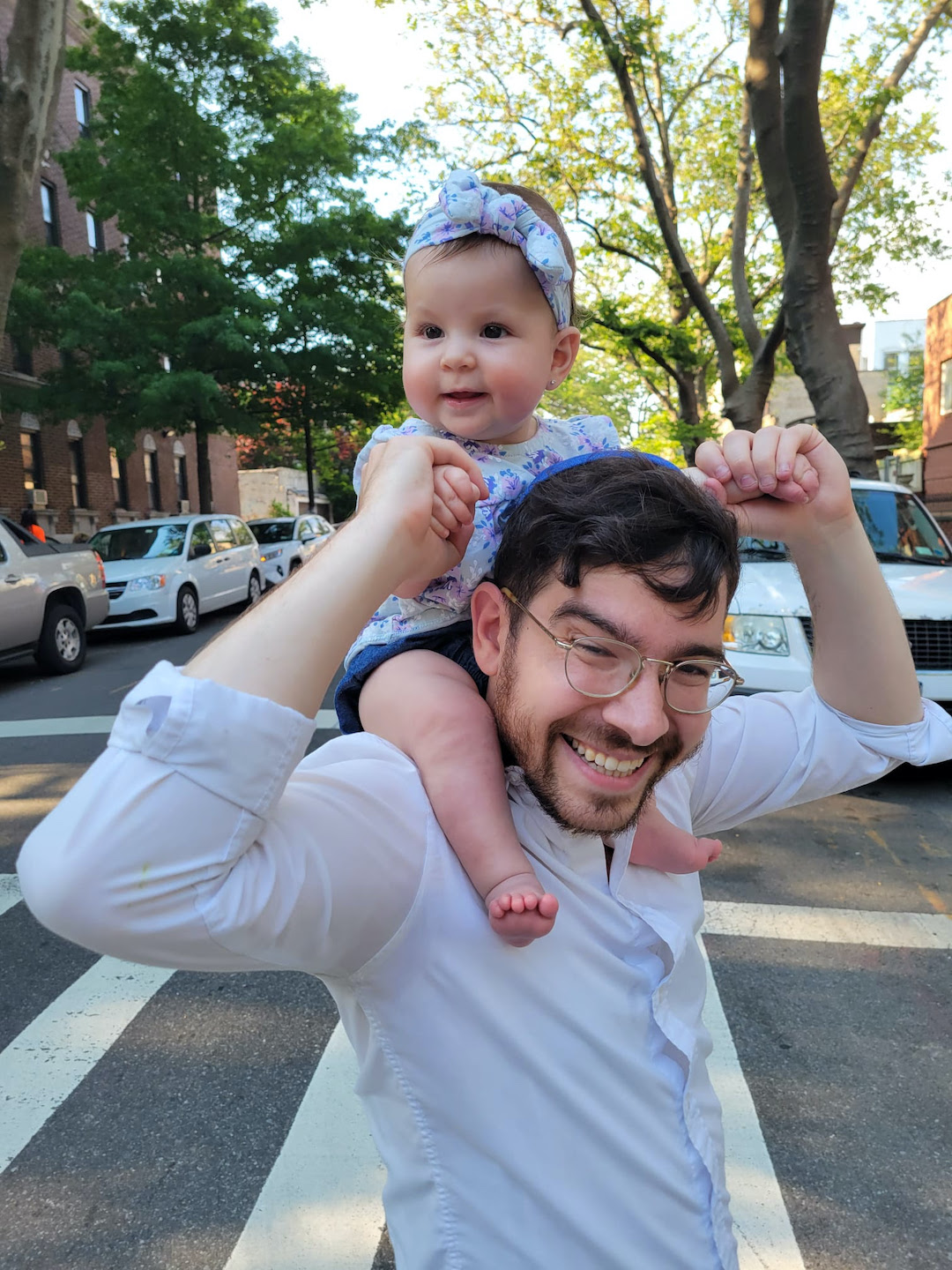 Op-Ed: This Father's Day, become tobacco-free for your children

The New York State Smokers' Quitline wishes all fathers a happy and healthy Father’s Day, and reminds those who smoke about free resources for becoming tobacco-free. Free coaching and free nicotine replacement therapy (NRT) medications with shipping are available by calling 1-866-NY-QUITS (1-866-697-8487) or by visiting nysmokefree.com.

One role model for fathers everywhere is Sholom Gutleizer, 27, of Brooklyn (pictured). He began a tobacco-free journey in January 2020 with support from the Quitline, in preparation for the November 2020 birth of his first child, a daughter named Maayan. Sholom successfully became a non-smoker and non-vaper despite the stress of the COVID-19 pandemic.

"When I learned I was going to become a father, I made a choice and stuck to it. I did not want my daughter to grow up around a father who smoked, or for her to develop health problems like asthma," Sholom said. "I summoned the courage to call the Quitline and received fantastic support from a Quit Coach. Getting nicotine patches and nicotine lozenges for free really helped me overcome difficult physical cravings, especially during the first few months of the process."

Sholom began smoking cigarettes at age 17 and became a pack-a-day smoker before also using vape-products in later years. He was a Quitline "Success Story" this past New Year's holiday and also participated in a live online discussion for Take Down Tobacco National Day of Action on April 1.

To become tobacco-free, Sholom used a step-down process with the nicotine patch to wean his dependence on nicotine – gradually moving from a 21-mg patch, to 14-mg, to 7-mg, and then no patch, with only an occasional piece of nicotine gum during the spring months. He encourages all those who have tried quitting in the past to keep trying.

"If you've had a stretch of being tobacco-free but suddenly relapse and have a cigarette or vape-product, it doesn't mean you once again have to become a smoker," Sholom said. "I tried on at least five different occasions to quit. This time – with stronger commitment on my part and support from the Quitline – it worked. I now identify as a non-smoker and non-vaper. I continue to focus on taking care of my health and doing daily deep breathing exercises. Becoming and staying tobacco-free means having a healthier life not only for me but also for my wife and daughter."

The New York State Smokers' Quitline is a service of the New York State Department of Health and based at Roswell Park Comprehensive Cancer Center. It is one of the first and busiest in the nation, and has responded to nearly 3 million calls since it began operating in 2000. The Quitline encourages nicotine users to talk with their health care professionals and access available Medicaid or health insurance benefits for stop-smoking medications. All New York state residents can call 1-866-NY-QUITS (1-866-697-8487) for coaching and resources, free of charge, seven days a week beginning at 9 a.m. Visit www.nysmokefree.com for more information.

Roswell Park Comprehensive Cancer Center is a community united by the drive to eliminate cancer's grip on humanity by unlocking its secrets through personalized approaches and unleashing the healing power of hope. Founded by Dr. Roswell Park in 1898, it is the only National Cancer Institute-designated comprehensive cancer center in upstate New York. Learn more at www.roswellpark.org, or contact us at 1-800-ROSWELL (1-800-767-9355) or [email protected].