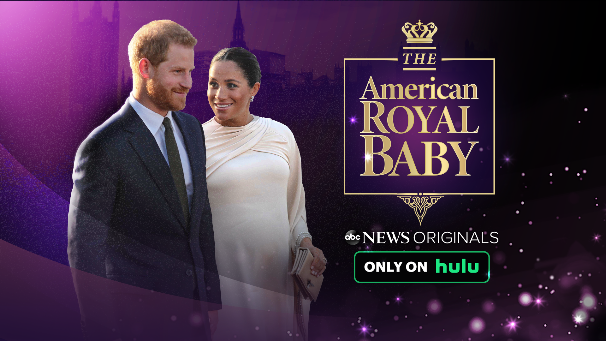 As Meghan Markle and Prince Harry celebrate the birth of their daughter, the first senior royal baby born in America, ABC News Originals will premiere “The American Royal Baby” later today, streaming only on Hulu in the U.S.

“The American Royal Baby” will provide a glimpse of the potentially glamorous California life ahead for the first American-born royal baby girl, spotlight how she will fit into the royal family and the line of succession and reflect on the legacy Princess Diana leaves for her grandchildren. The special will also explore when Harry and Meghan might have their daughter meet Uncle Will and Aunt Kate and who will be a part of her new “extended family,” from godparent guesses to celebrity play dates, and examine how Harry and Meghan are fighting to provide their new daughter and Archie a stable life.

Plus, Jo Frost, the original super nanny, will weigh in on the possibility of an American nanny.