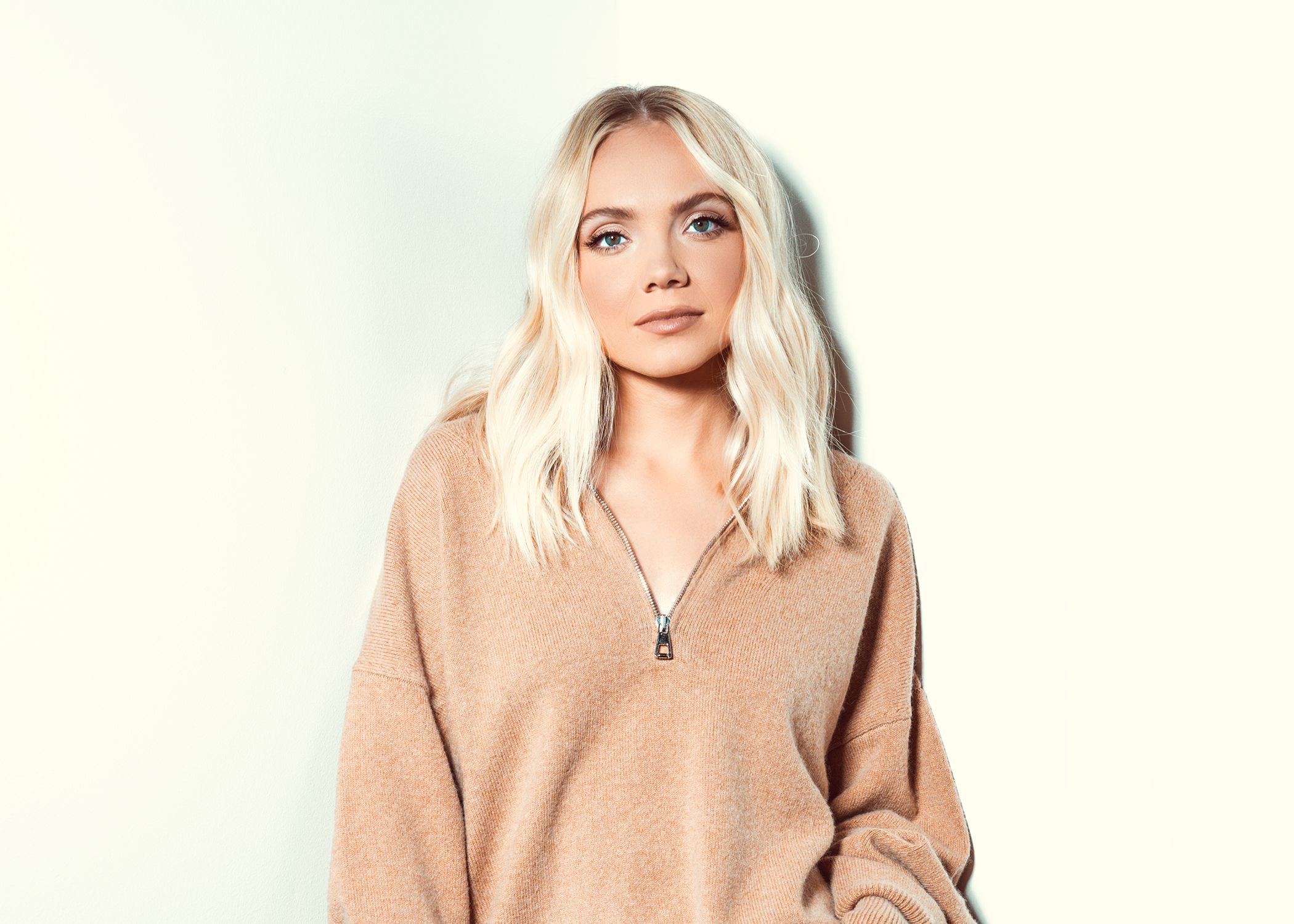 After announcing its official partnership with the Big Machine Music City Grand Prix earlier this month, the Grand Ole Opry has added more performers to the special Opry show set to take place in downtown Nashville on Sunday, Aug. 8. Danielle Bradbery, Callista Clark, Riley Green and Justin Moore will now join Opry member Alan Jackson to round out the lineup.

The legendary Opry show at Big Machine Music City Grand Prix will close out the three-day festival, where fans and attendees will get a chance to experience the true heart of Nashville, as the Opry has been home to country music for 95 years.

“When we first began to conceptualize the Big Machine Music City Grand Prix we knew music had to be just as big a part of this event as the racing itself, and there is no better partner for this than the Grand Ole Opry – the show that made country music famous,” said Matt Crews, CEO of Big Machine Music City Grand Prix. “We are looking forward to closing out what is sure to be an unforgettable weekend in the best way possible with the Grand Ole Opry.”

The Nashville-based Opry has rarely in its history taken its iconic show outside its home venue, on those occasions visiting prestigious locales such as New York City’s Carnegie Hall and Washington, D.C.’s, Kennedy Center for the Performing Arts as well as staging headlining shows at Bonnaroo, the iconic Manchester, Tennessee, all-genre music festival.

“The Big Machine Music City Grand Prix has brought together a course like no other, an artist like no other, and a show like no other to create an experience that could only take place here in Nashville,” said Scott Bailey, president of Opry Entertainment Group. “We are pleased to have the opportunity to connect artists and fans in such a unique setting.”

The three-day international festival of speed and sound Aug. 6-8 promises something for everyone. It will be staged on a temporary, 2.17-mile grand prix circuit in Nashville and around the Nissan Stadium campus. The course will cross the Cumberland River via the Korean Veterans Memorial Bridge, making the Music City Grand Prix the only current event in motorsports to cross over a major body of water. A press release noted, “In addition to a weekend of racing, attendees can look forward to the best Nashville has to offer, including live music performances by top artists, best-in-class food experiences and entertainment that centers on speed in a way only Music City can serve up.”

Stepping into her own lane with sophomore album “I Don't Believe We've Met,” Bradbery infused her story into her songs for the first time – penning seven of the album’s 10 tracks, including “Worth It,” “Potential” and RIAA Gold-certified “Sway.”

While 2020 was a trying year for many artists, quarantine has given Bradbery time to create and expand her musical palette in thrilling new ways. Kicking off a new chapter last year with latest single “Never Have I Ever,” Bradbery tells a tale of falling so hard and fast it spins you in circles, which has amassed over 14 million global streams to date.

Honing in on the butterfly-inducing lyrics, director Peter Zavadil brought this song to life with a socially distant video filmed on a ranch in Bradbery’s home state with her mom filling in as her glam team – watch here.

The singer/songwriter also recently released another heartfelt track titled “Girls In My Hometown.” The piano-anchored slow-burner of reflection and remembrance finds Bradbery at her most tender and true – a meditation on where you’ve been and those mountains still yet to climb. The vocalist broadens her impressive range and deepens her connection with her Mexican heritage by enlisting Latin Grammy-nominated artist KURT for a Spanish version of "Never Have I Ever" (“Yo Nunca He…”), out now via Big Machine Records. Tapping into her Mexican influences, Bradbery sings entirely in Spanish for the first time on the collaboration as a nod to her Latina culture.

Fine-tuning her unique sound since getting her start winning season four of NBC’s “The Voice,” Bradbery has earned multiple award nominations and toured across the globe with Kane Brown, Blake Shelton, Brad Paisley and Miranda Lambert. For the latest updates, visit DanielleBradbery.com and follow along on Instagram.

Every song has a story and, at just 17 years old, Clark has a lot to say. Like so many talented singer/songwriters who paved the way before her, the young songstress wields her creative gifts as both a defense and an instrument of peace as she puts her heart on display with her debut collection, “Real To Me,” out now via Big Machine Records. Blending her love for authentic, timeless classics with the sounds of her Georgia roots, Clark “arrives with confidence and verve” (Billboard) on her debut collection.

Gearing up for the release, she collaborated with many of country music’s leading songwriters, including Jonathan Singleton, Laura Veltz, Nicolle Galyon and Emily Shackleton, among others.

The proof Clark can hold her own among Nashville’s most prominent is evident as she was recently named the next iHeartCountry “On The Verge Artist,” and her debut single, “It’s ‘Cause I Am,” continues to climb as country radio’s most successful new artist debut of 2021. Her videos with which Scooter Braun (SB Projects) and Scott Borchetta (Big Machine Label Group) took notice, have amassed over 130 million views across all socials and YouTube.

Born in Jacksonville, Alabama, Green was raised on the sounds of traditional country, bluegrass, and southern gospel music. He learned the spirit of songwriting and performing at a young age while spending time with his grandfather, Bufford Green, who ran the Golden Saw Music Hall. Riley shared the stage with him and other men of his generation, laying a foundation for the songs he’d craft in the years to come.

His full-length debut album, “Different ‘Round Here,” was released in 2019 via BMLG Records and has produced Gold-certified No. 1 hit “There Was This Girl” and Platinum-certified single “I Wish Grandpa’s Never Died” – a song People praised “might take him to a whole new stratosphere,” and one he shares co-writing credits posthumously alongside his two grandfathers.

Highlighting his Southern roots and relatability, he co-wrote each track offering a perspective Rolling Stone described as "Drinks-in-the-air Nineties country at an Alabama vs. Auburn tailgate." Named ACM’s 2020 New Male Artist of the Year, Green recently released his latest EP, “If It Wasn’t For Trucks,” with Billboard noting the “accessible, winning songs” and American Songwriter proclaiming his “storytelling talents shine bright.”

Named a CMT “Listen Up Artist” and one of MusicRow’s 2019 “Next Big Things” Green was also voted as one of CRS’ “2020 New Faces” and was named MusicRow’s Breakout Artist of the Year at its Country Breakout Awards. After appearing in 2019 on Brad Paisley’s 2019 world tour, his own “Get That Man a Beer Tour” and Jon Pardi’s “Heartache Medication Tour,” Green kicked off 2020 on Jason Aldean’s “We Back Tour” through the spring. He started a biweekly YouTube Golden Saw Series, presented by Busch. He will next hit the road this summer on Dierks Bentley’s “Beers On Me Tour.” For more information and upcoming tour dates, visit RileyGreenMusic.com.

Moore has built a loyal following over the past decade with his traditional country sound and captivating live shows. Those fans helped boost his fifth studio album, “Late Nights and Longnecks,” to the top of the charts upon its release. Lead track “The Ones That Didn’t Make It Back Home,” and follow up “Why We Drink,” both peaked at No. 1 on both Mediabase and Billboard bringing the Arkansas native’s tally to nine chart-toppers.

Moore’s previous project, “Kinda Don’t Care,” earned the singer his third consecutive No. 1 album debut and features his chart-topping singles “You Look Like I Need A Drink” and “Somebody Else Will.” It served as a follow up to his second No. 1 album release, the Gold-certified “Off The Beaten Path.”

Over his 10-year-plus career, Moore’s No. 1 hits have also included “Point at You,” “Lettin’ The Night Roll” “If Heaven Wasn’t So Far Away,” “Small Town USA” and “Till My Last Day,” as well as seven Top 10 hits and Platinum-certified albums “Justin Moore” and “Outlaws Like Me.”

His latest offering, “We Didn’t Have Much,” reminisces on Moore’s simple upbringing and appreciation of life’s most precious moments. The nearing Top 15 track is the first single off “Straight Outta The Country” and was penned alongside Jeremy Stover, Randy Montana and Paul DiGiovanni. The collection embraces his trend of country traditionalism, vivid storytelling and signature Arkansas-bred twang across eight tracks.