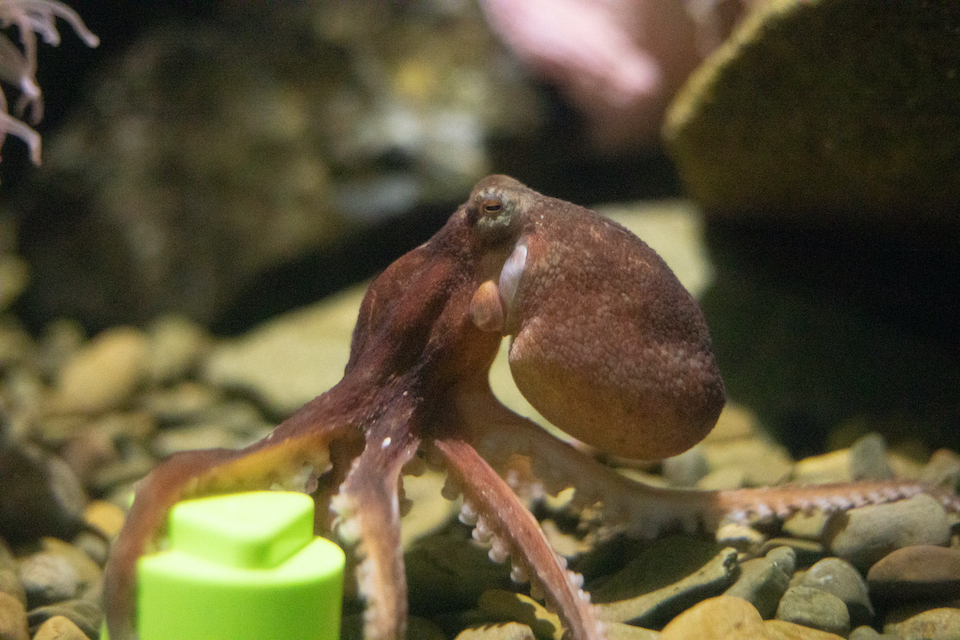 (Image courtesy of the Aquarium of Niagara)

The Aquarium of Niagara is pleased to announce the addition of a female Pacific red octopus to its animal collection.

The yet-to-be-named octopus’ arrival has been anticipated since the passing of the venue’s giant Pacific octopus, Babs, in November. The organization’s ability to obtain a new octopus was stymied by COVID-19-related restrictions and the ongoing closure of the U.S.-Canada border.

“Animals, like our red octopus, are known for drawing in a crowd that is often fascinated by their unique characteristics and behavior,” said Gary Siddall, president and CEO of the Aquarium of Niagara. “That curiosity works in our favor because an inspired guest is more open to receiving important messaging about education and conservation.”

The Pacific red octopus is a small species of octopus that can grow up to 19 inches. The aquarium’s octopus is currently 15 inches and weighs 6.4 ounces.

To celebrate the arrival of the octopus, the Aquarium of Niagara is hosting a naming contest. The public is invited to vote on their choice of “Octavia, Bean, and Squishy” by completing this online form or by visiting https://tinyurl.com/octopuscontest. The three name options were chosen by the aquarium’s fish and invertebrate team. Voting goes through May 31, with the name to be announced June 1.

The Aquarium of Niagara is a 501(c)(3) nonprofit organization that is home to more than 120 different species, including 10 rescued and nonreleasable marine mammals. The venue is open daily at 9 a.m. (except for Christmas and Thanksgiving) at 701 Whirlpool St., Niagara Falls. For more information, visit www.aquariumofniagara.org.