Nancy Beach Katvala, formerly of Youngstown, was called home early morning on April 23 2021, at the Memorial Regional Medical Center in Mechanicsville, Virginia, after a short illness.

Nance, as she was known to her friends, was born in 1943 and raised in Niagara Falls. She graduated from Niagara Falls High School in 1961. She was a loving wife, mother and “Nanny” who enjoyed singing, dancing, crossword puzzles, baking and ice cream. She was actively involved in the Girl Scouts for 46 years as a leader and later training future leaders. She was a member of the Beta Sigma Phi Sorority since 1963. She also did the billing for her father at Niagara Frontier Exterminating.

She is predeceased by her parents, Harold and Dorothy Beach of Niagara Falls, and her husband of 50 years, Lauri Katvala.

She is survived by her children: Eric and wife Reyne of Cartersville, Georgia; Heidi of Richmond, Virginia; Mark and wife Megan of Carthage, New York; and Dawn and husband Dan Ball of Newfane; by her grandchildren: Samuel and Haylie Carter, Ethan and Logan Katvala, and Aurora and Talullah Ball; by her brothers: Tim Beach and wife Peggy of Niagara Falls, and Michael Beach and wife Jude of Portland, Oregon; by her sister-in-law Karen Smith and husband Clark of Stow, Massachusetts; and many cousins, nieces and nephews.

A celebration of her life will take place at a later date. 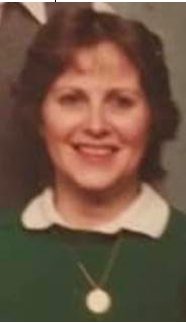