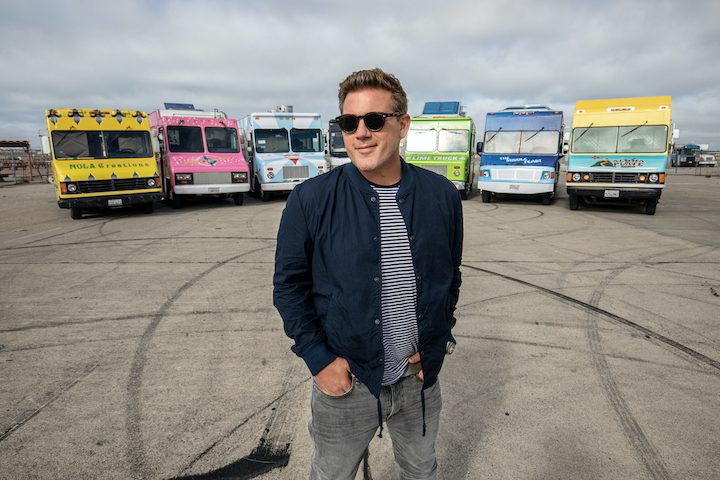 Hosted by Tyler Florence and shot on-location in the food mecca of San Francisco and the Bay Area, each team must prove their cooking chops, marketing savvy and selling skills to stay in the game. Kicking off at Fisherman’s Wharf with a bread bowl battle, the route then hits Napa Valley’s famed wineries for a grape-stomping challenge, the Redwoods for a foraging adventure, Ocean Beach for a seaside bites competition and a hoop shooting contest at the home arena of the Golden State Warriors, ultimately ending in Chinatown where only one team is awarded $50,000 and named all-time champion of “The Great Food Truck Race.”

“California is where the food truck trend first exploded and we are excited to bring these fan-favorite teams back to where it all began for this fierce culinary race,” said Courtney White, president of Food Network and Cooking Channel. “An unexpected moment is just around the corner every week, and the nonstop action is sure to keep our viewers on the edge of their seat.”

In the season premiere, Tyler gathers the seven all-star teams at picturesque Fisherman’s Wharf in San Francisco for their first challenge – a bread bowl battle to uncover the keys to their trucks. The teams then head out for an intense selling day, where a small decision has huge consequences and a surprising team is sent home. Upcoming episodes visit the renown wineries of Napa Valley, a return to nature in the Redwoods, the Bay Area’s beautiful beachside and the arena home of the Golden State Warriors. In the season finale on Sunday, July 18, the two remaining trucks go head-to-head in San Francisco’s Chinatown and the last team standing is awarded the $50,000 grand prize.

Viewers can meet the returning all-star teams at FoodNetwork.com/FoodTrucks and find out where Tyler eats when he’s not on-set as he explores the local food scenes on “The Great Food Truck Race: The Extra Mile.” Fans can also share who they think should take home the grand prize on social media using the hashtag #GreatFoodTruckRace.