Earl William Brydges Jr. passed away peacefully early morning Friday, March 19, 2021, at the Amherst home of his daughter, Courtney Peters, and her husband, Geoff. He spent the last two-plus years of his life with them.

Brydges was born in 1937 in Niagara Falls. He was raised in Wilson, where he will be laid to rest. He is the son of former Sen. Earl W. and Eleanor Brydges, both of whom predeceased him.

After graduating from Wilson High School in 1955, where he was senior class president, Brydges graduated from Syracuse University in 1959. He was a brother at Phi Gamma Delta (Fiji). Brydges received his law degree from St. John’s University Law School in 1962, and started his law career with his father’s firm Orr, Brydges, Orr & Dowd.

He also served as public defender in Niagara County while continuing his legal career in Niagara Falls. Brydges was recognized by the City Bar Association in 1996 for his efforts and dedication to providing pro-bono services to the city.

One of his more significant law cases was representing the City of Niagara Falls in the Love Canal case, in which he succeeded in holding Occidental Chemical jointly responsible for the damages caused when the case was finally resolved in 1994.

Brydges also served on the New York State Commission of Investigation in New York City from 1972-98, where, among other things, he investigated organized crime throughout the state.

His community involvement included serving as the initial chairman of the board of Artpark & Company Inc. in 1977. Brydges was recognized by New York State Office of Parks, Recreation and Historic Preservation for his significant contributions to continue the commitment set forth by his father to make arts accessible to all persons.

The Earl W. Brydges Artpark, named for Earl’s father, is operated by Artpark & Company for State Parks under a long-term collaborative agreement.

“All of us at Artpark & Company mourn the passing of Earl W. Brydges Jr., Artpark & Company director emeritus, who was instrumental in shaping what Artpark is today. His exemplary commitment continues on through his family,” Artpark Board Chairwoman Joanne Bauer said.

Brydges also served for many years on the board of Niagara University, where he was bestowed the degree of Doctor of Law in 1987. He also served on the board at Niagara Falls Memorial Hospital.

As an avid and semi-accomplished golfer, Brydges was a member of Niagara Falls Country Club (NFCC) for over 40 years – and he was a sought-after partner in many tournaments and recorded a hole in one on No. 18 in 2004.

He loved the game of golf so much that he volunteered for junior golf programs at NFCC and hosted dozens of young amateurs over decades during the Porter Cup, including Corey Pavin, Howard Twitty, Phil Mickelson and Jack Nicklaus’ boys, to name a few.

In addition to golf, Brydges loved to fish and hunt. He, along with several close friends, would travel annually to Georgian Bay in Ontario to fish for walleye pike. He also participated in several successful moose hunting trips in Northern Ontario that were followed by hosting “moose dinners” at NFCC.

In 1967, Earl married Martha Shalala, who survives him along with their children: Earl William (Wende) Brydges III, Kirsten (Michael) Lawley, Jason (Lisa) Brydges and Courtney (Geoff) Peters; along with 11 grandchildren and three step-grandchildren.

Donations in Earl’s memory may be made to Artpark in Lewiston and Hospice of Buffalo. 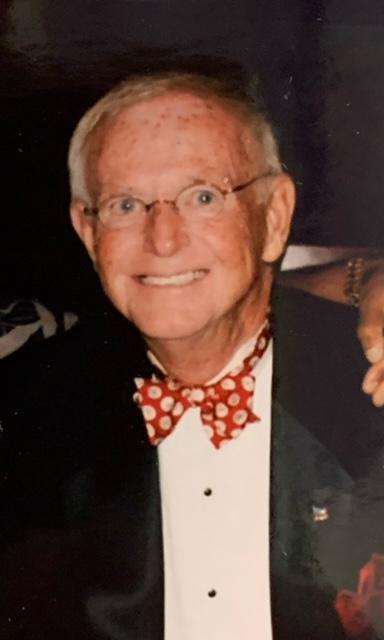