Mary E. “Mitzi” Cummings of Youngstown and Lewiston entered into rest on Friday, Feb. 26, 2021, at Niagara Hospice House in Lockport. She was the wife of the late William H. Cummings.

Born on Dec. 16, 1921, in Rochester, New York, to the late Joseph X. and Kathryn (Von Hensler) Sullivan, Mitzi graduated from the Vincentian Institute and the Mildred Elley Business School, both located in Albany. She began working as a medical secretary in Albany and, on Nov. 21, 1945, married William H. Cummings. Together they raised six children. She later continued working as a legal secretary in her son’s law firm in Niagara Falls.

Mitzi was active in the community and, for many years, was co-chairperson with her husband for the Niagara University Charity Ball and the United Way Charity Campaign. She was a member of the Niagara Falls Country Club, the Tatler Club and volunteered with the Ladies Auxiliary at Niagara Falls Memorial Medical Center. She was also a communicant of St. Bernard’s and St. Peter’s R.C. churches.

After retirement, she and Bill moved to Naples, Florida, where they enjoyed playing tennis, golf and bocce. Bill predeceased Mitzi on Oct. 10, 2011.

There was no prior visitation. A memorial Mass took place Thursday morning, March 4, at St. Peter’s R.C. Church in Lewiston, with the Rev. Cole Webster officiating. Internment followed at Gate of Heaven Cemetery. 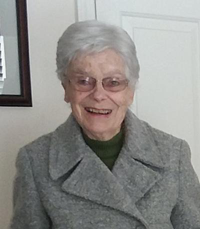