George was born in Buffalo on Aug. 15, 1933, the son of the late George P. Sr. and Louise Ihle. He graduated from Riverside High School before serving in the Marines for four years. After returning from the service, he married Patricia Robinson and they celebrated their 65th anniversary this past October.

He was predeceased by his brothers, Harvey Ihle Sr. and Richard Ihle.

Private services will be held at a future date. 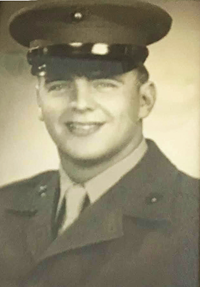