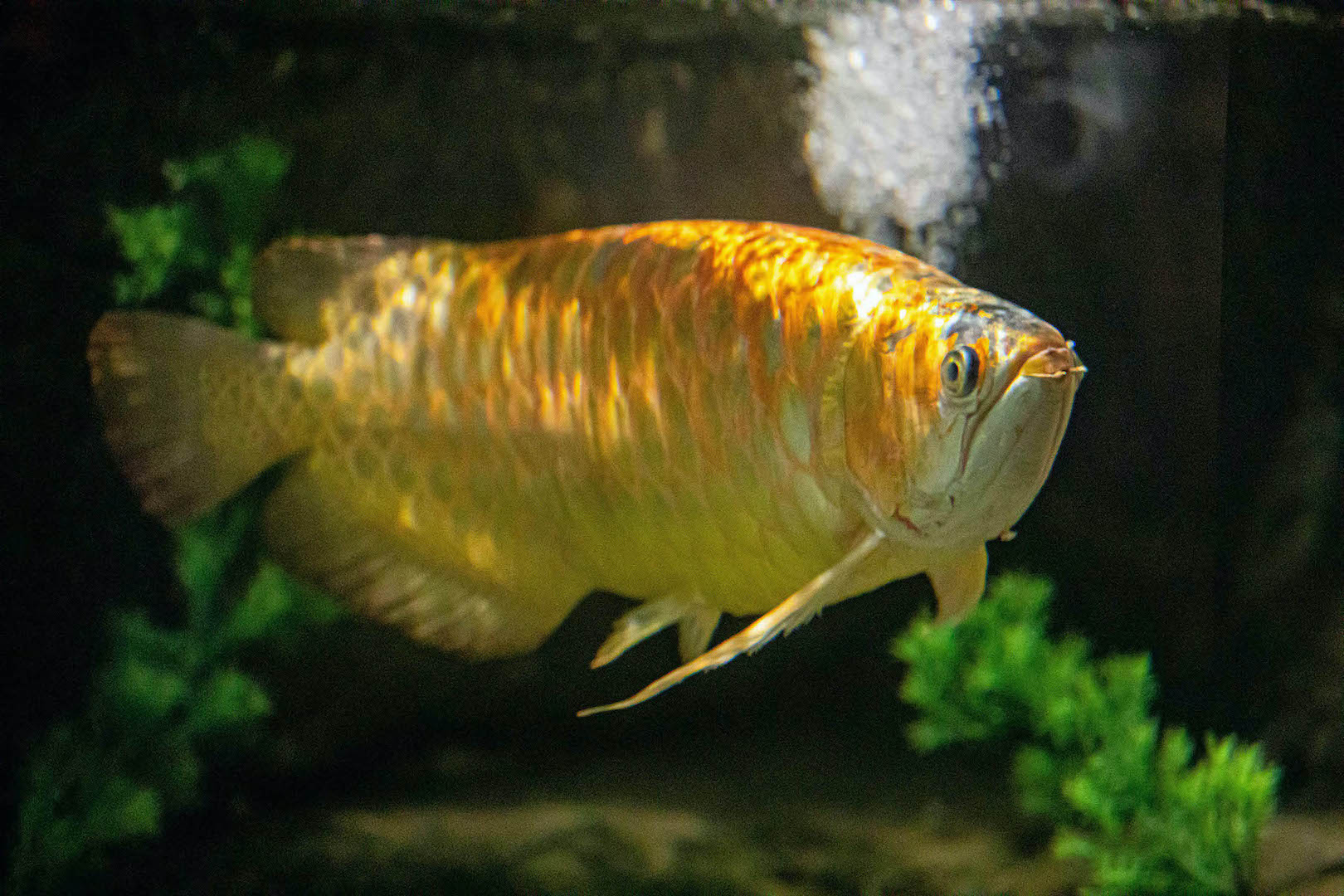 The Aquarium of Niagara has teamed up with full-service local energy company NOCO to highlight the impacts of illegal wildlife trading and the importance of local conservation efforts through a visually unique and interactive new exhibit.

The star of the “Dangerous Beauties” exhibit is a rare Asian arowana that was confiscated at the U.S.-Canada border in Western New York. Asian arowanas are critically endangered fish, and it is illegal to import them into the country. The ornamental-looking fish are recognized by their vibrant color and large, metallic scales. The fish are particularly revered in Asian culture, because they symbolize luck and prosperity, which makes them highly sought-after and valuable. The arowana shares the exhibit with an ocellete river stingray, another animal whose species suffers from the ornamental fish trade.

“It is easy to think globally when you hear about illegal wildlife trade, but the reality is that we are dealing with this issue right here in Western New York – especially because of the close proximity to several international bridges,” Aquarium of Niagara President and CEO Gary Siddall said. “Many species involved in trafficking are threatened and endangered, which increases the risk of extinction while posing a substantial risk to both human and animal health.” 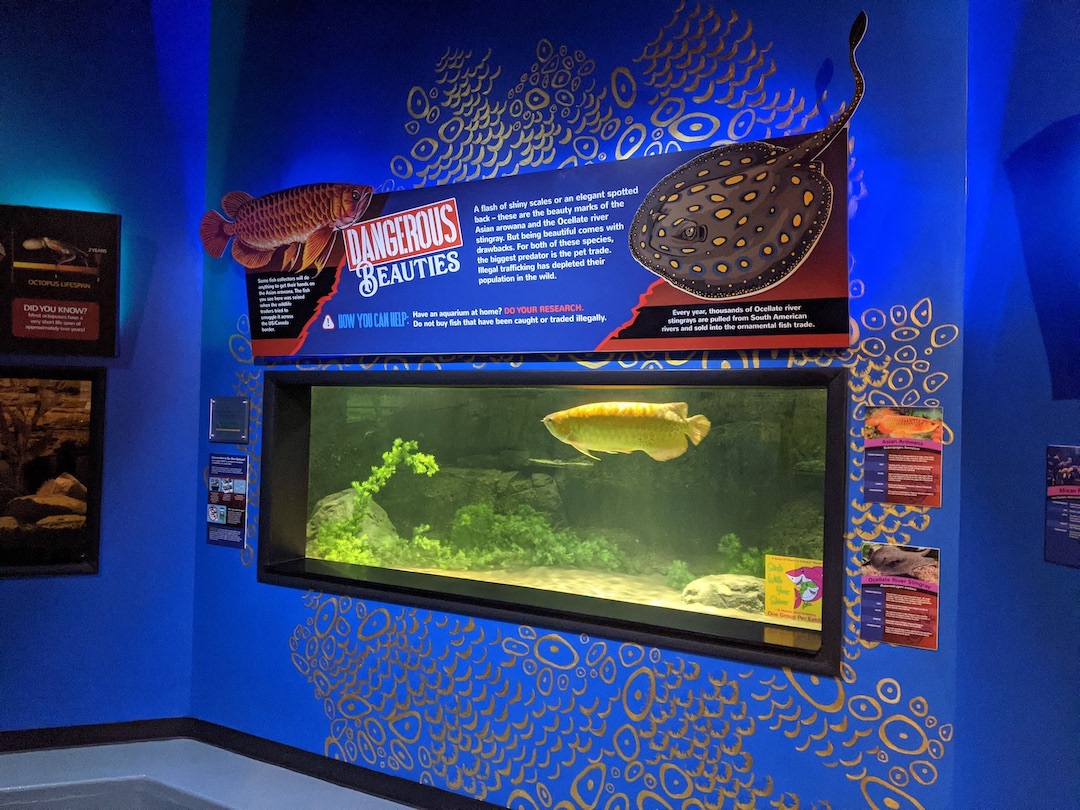 The 3,200-gallon exhibit is enhanced by an intricate mural of scales and spots that was hand-painted by renowned local artist Kimberly Halavin. The mural encourages visitors to investigate the exhibit and study the beautiful patterns on the animals. It is accompanied by interpretive signage that educates visitors about the impact of wildlife trafficking on wild species.

“Through this exhibit and NOCO’s partnership with the Aquarium of Niagara, we hope to bring conservation and sustainability to the forefront and help educate Western New Yorkers about the impact both have on our community,” said Scott Ernst, vice president of sustainability services. “Within a few months, River Road Research will be producing feeds for commercial aquaculture from food waste feedstocks. Ultimately, that initiative will take pressure off the wild cousins of the aquarium’s residents. In addition, we are proud to provide the benefits of solar energy to the aquarium through our community solar program.”

The exhibit also encourages visitors to learn about NOCO's local conservation effort, which has a direct impact on aquatic life. An infographic details how NOCO’s River Road Research project transforms local food waste into food for insects, and those insects later become food for fish.

A press release stated, “NOCO also offers sustainable energy solutions that help Western New Yorkers keep their homes comfortable in a way that promotes a healthier environment. Through this partnership, NOCO and the Aquarium of Niagara found mission symmetry in that both organizations promote responsible decision-making that has a positive impact on the environment and wildlife.”

The new exhibit is included with general admission to the Aquarium of Niagara. 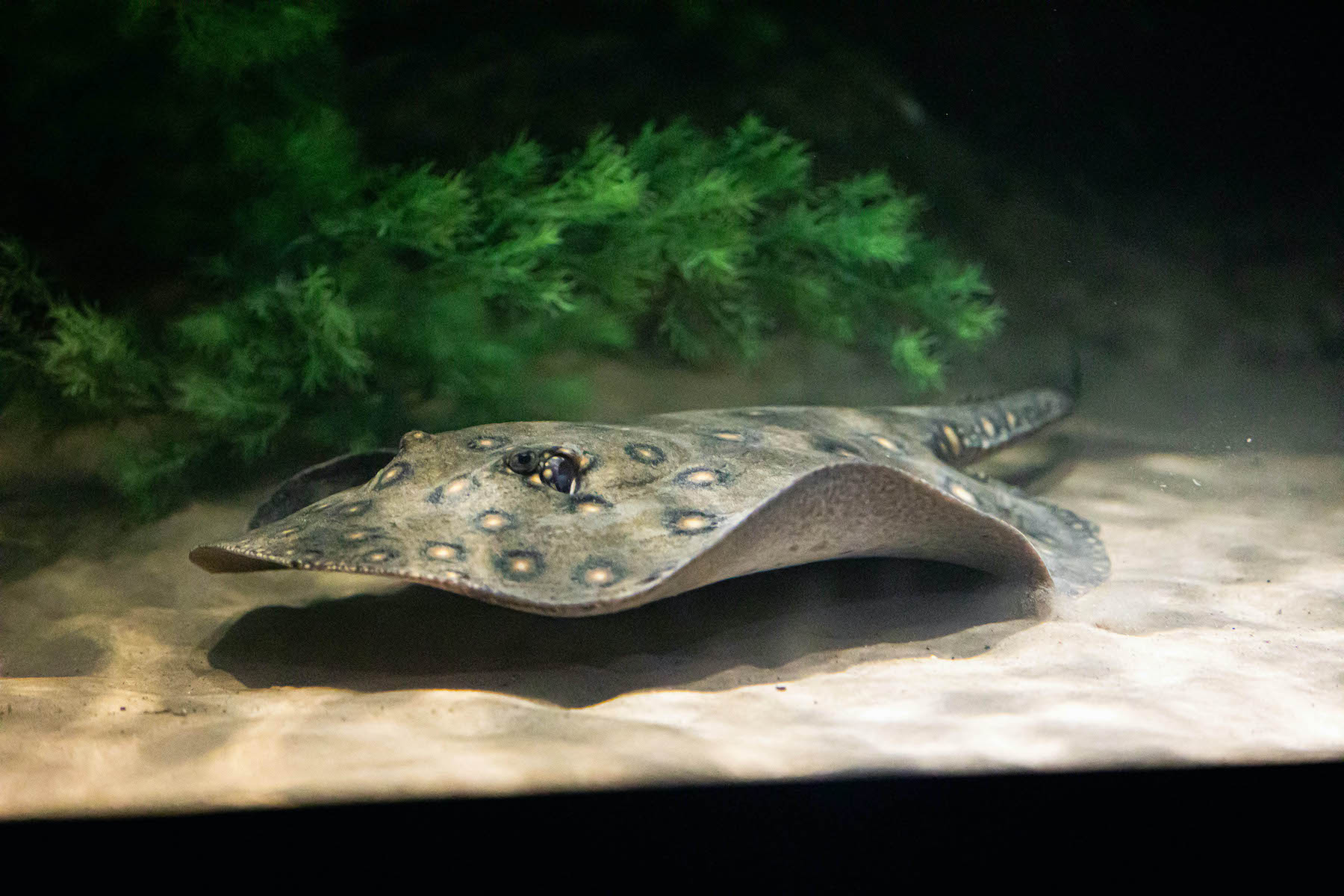