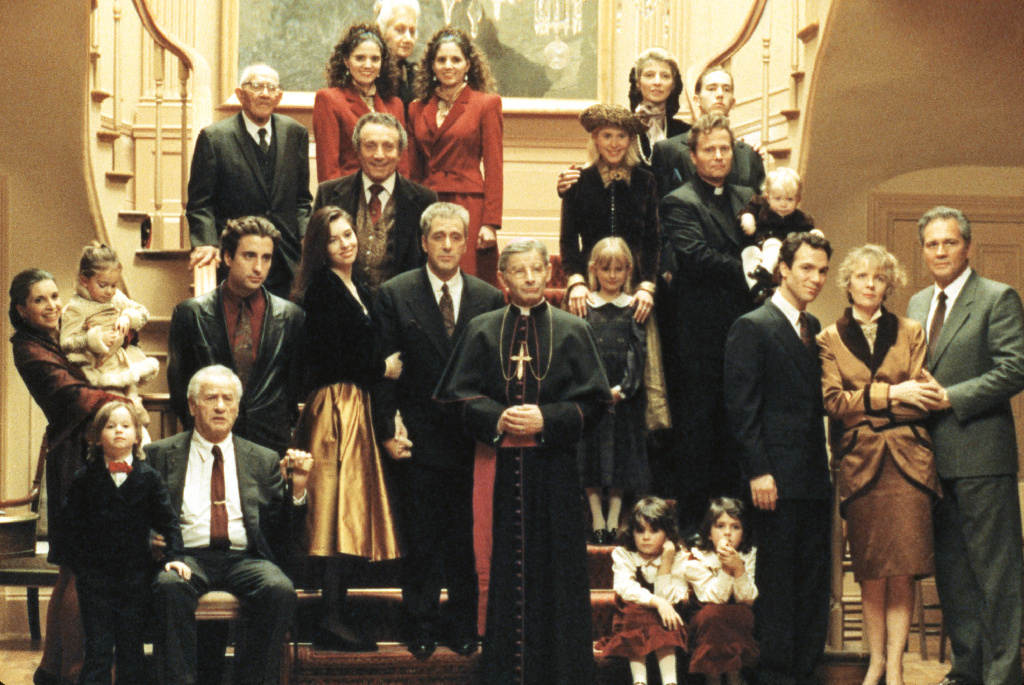 A scene from "The Godfather: Part III." The film has been reimagined and made available for Blu-ray and digital. (Image from EPK.TV)

Just in time for the 30th anniversary of “The Godfather: Part III,” director/screenwriter Francis Ford Coppola has reedited the final film in his epic “Godfather” trilogy. This new version, titled “Mario Puzo’s The Godfather, Coda: The Death of Michael Corleone,” achieves Coppola and screenwriter Puzo’s original vision for the finale, which has been meticulously restored for the finest presentation of the Corleone saga’s last chapter.

“Mario Puzo’s The Godfather, Coda: The Death of Michael Corleone” will be available exclusively to own on Blu-ray and Digital on Dec. 8, from Paramount Home Entertainment. The film will also debut in select theaters on Dec. 4.

“ ‘Mario Puzo’s The Godfather, Coda: The Death of Michael Corleone’ is an acknowledgement of Mario’s and my preferred title and our original intentions for what became ‘The Godfather: Part III,’ ” Coppola said. “For this version of the finale, I created a new beginning and ending, and rearranged some scenes, shots and music cues. With these changes and the restored footage and sound, to me, it is a more appropriate conclusion to ‘The Godfather’ and ‘The Godfather: Part II’ and I’m thankful to Jim Gianopulos and Paramount for allowing me to revisit it.”

Coppola and his production company American Zoetrope worked from a 4K scan of the original negative to undertake a painstaking, frame-by-frame restoration of both the new “Mario Puzo’s The Godfather, Coda: The Death of Michael Corleone” and the original “The Godfather: Part III.” In order to create the best presentation possible, Zoetrope and Paramount’s restoration team began by searching for over 50 original takes to replace lower resolution opticals in the original negative. This process took more than six months and involved sifting through 300 cartons of negative. American Zoetrope worked diligently to repair scratches, stains and other anomalies that could not be addressed previously due to technology constraints, while enhancements were made to the original 5.1 audio mix.

The Blu-ray presentation will include the newly restored and reedited film, an exclusive introduction by Coppola, and access to a digital copy of the film.

Coppola’s masterful film adaptation of Puzo’s novel chronicles the rise and fall of the Corleone family and the saga is rightfully viewed as one of the greatest in cinematic history. “The Godfather: Part III” was nominated for seven Academy Awards, including Best Picture and Best Director. The film follows Michael Corleone (Al Pacino), now in his 60s, as he seeks to free his family from crime and find a suitable successor to his empire. 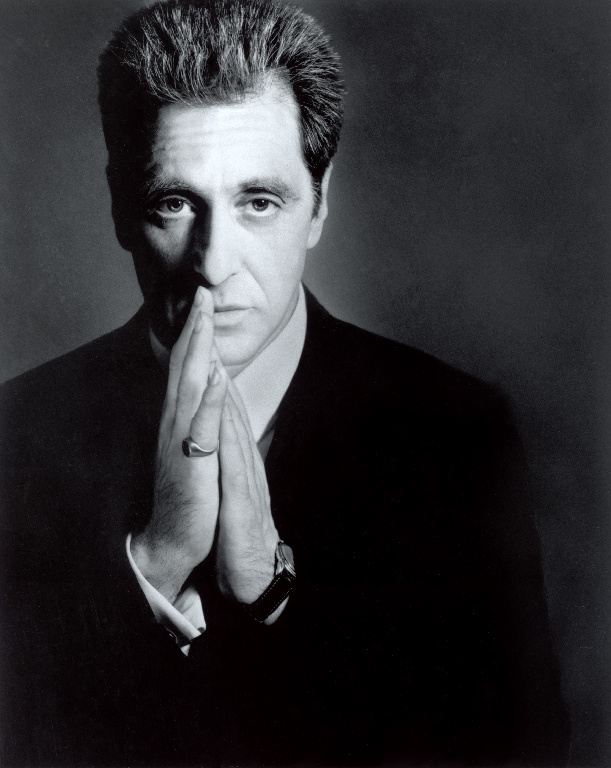 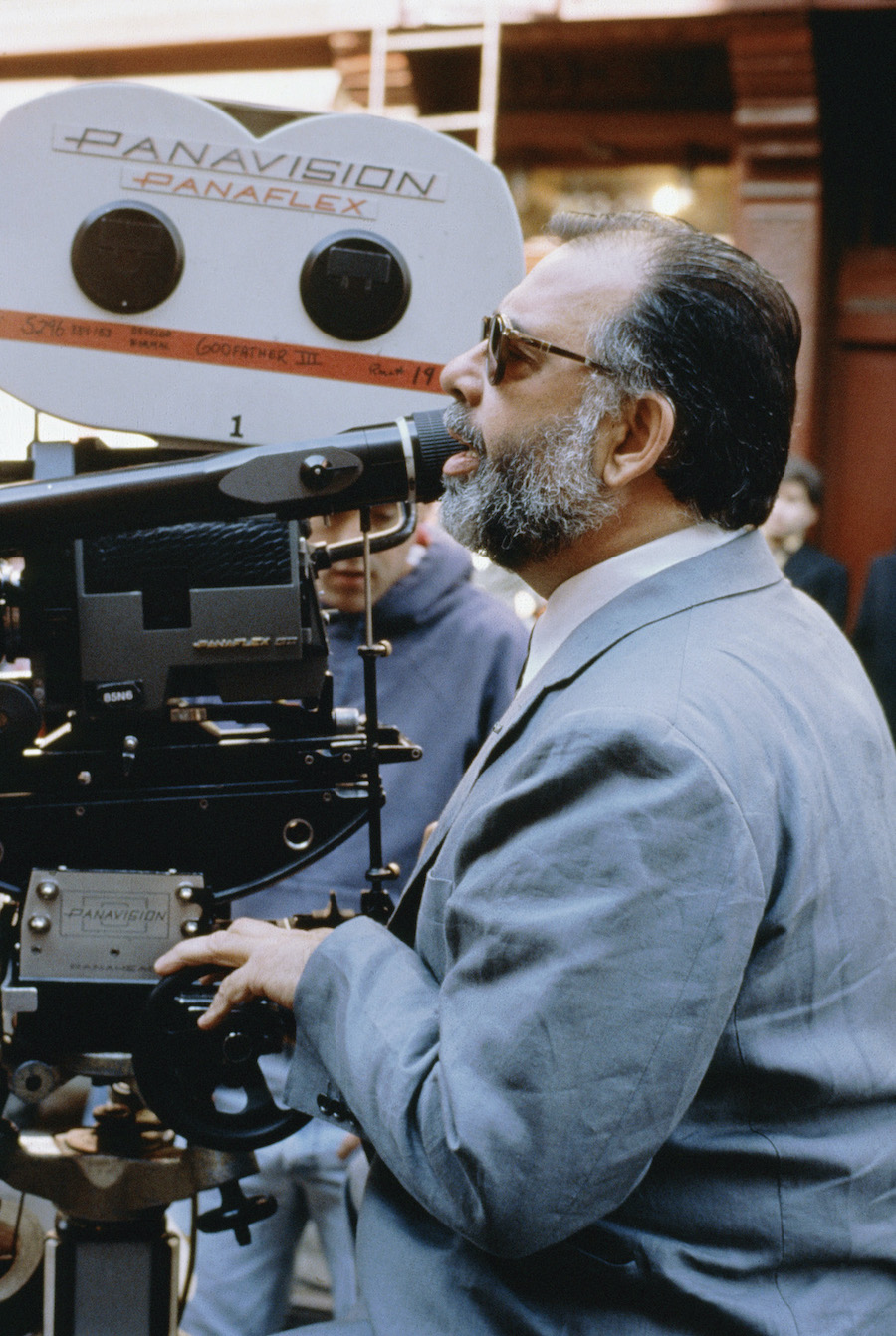 Francis Ford Coppola at work on “The Godfather: Part III.” (Image from EPK.TV)

In November, Coppola further elaborated on the rerelease.

“I would guess that it’s difficult for people to quite understand what happens in those few months before a major motion picture is released. This is true for all movies but especially when it is a big costly production and one with much expectation such as what was released almost 30 years ago as ‘The Godfather: Part III.’ Many diverse collaborators come together (or disagree) because of the extraordinarily large commitment they’ve made either financially or creatively in this one complex effort that is about to be judged. No one is really sure what will happen, but we know that the initial release will most probably determine the success or failure of the work throughout its life, which perhaps was years in the making. In this specific case, the film was going to be released on Christmas Day, which was fast approaching, and so I found myself in the middle of hundreds of decisions as the director, which of course is where I wanted to be.

“I had certain misgivings, as one always does, but one certainly was the title of the film. When we wrote it, Mario Puzo and I titled it under the name ‘The Godfather, Coda: The Death of Michael Corleone.’ In musical terms, a coda is sort of like an epilogue, it’s a summing up, and that’s what we intended the movie to be, a coda, an epilogue and summing up of the two preceding films, almost an illumination of what those two films meant.

“I’ve always regretted that the film couldn't be called that, and this led me to reapproach the entire project, sort of like pulling on a thread poking out of a very complicated sweater that is annoying you and ultimately finding yourself reweaving a new incarnation of it.

“So here, as a result of the opportunity that Paramount Pictures has given me to achieve what Mario and I had intended, is ‘Mario Puzo’s The Godfather, Coda: The Death of Michael Corleone,’ a film which has a different beginning; a different ending, which makes the title all the more clear; many scenes repositioned throughout; and in a version which the picture has been given, I think, a new life, and provides an entirely new experience which does in fact act as a coda to the first two films.

“I feel comfortable in saying that I have new pride in this third film and its wonderful cast of actors, and prouder than ever of ‘The Godfather Trilogy.’ ” 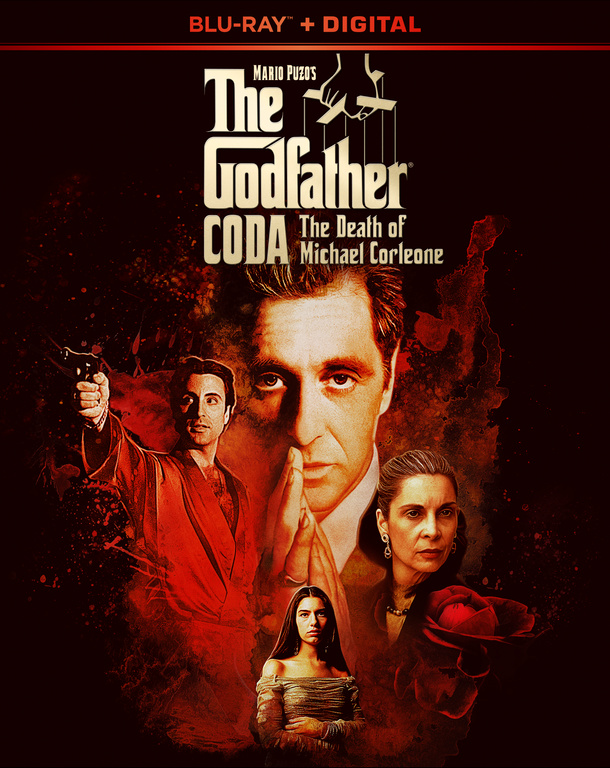