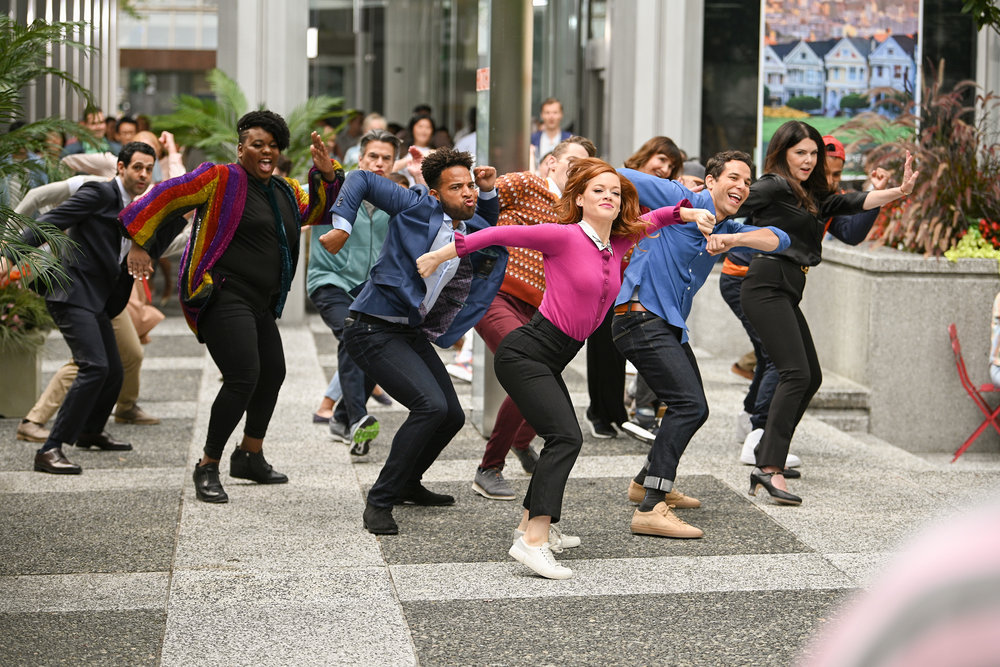 NBC is starting the new year on a high note with the launch of the new Robert Carlock and Tina Fey-created and produced comedy “Mr. Mayor,” the time period premiere of new medical series “Nurses” and the anticipated season two return of critically acclaimed “Zoey’s Extraordinary Playlist.”

In addition, just when viewers need it most, a new season of frivolity is in the air with the return of “Ellen’s Game of Games.” And when it comes to making its players happy, no show can turn anyone’s financial fortunes around faster than “The Wall,” back for more of its anxiety-inducing ball drops.

“This schedule represents the best of what broadcast has to offer in any season – high-quality new and returning dramas, groundbreaking comedy, and family-friendly gameshows,” said Frances Berwick, chairman, entertainment networks. “We know how much our viewers are looking forward to devouring new episodes and new shows, and we are particularly proud, along with all our production partners, to bring these to life in the current environment.”

Starting Jan. 4, Mondays will be a night of fun and games with the season premieres of hit gameshows “Ellen’s Game of Games,” which reached more than 57 million viewers last season, and “The Wall,” which was undefeated in its timeslot last summer. A week later on Jan. 11, “Weakest Link” and host Jane Lynch join the party. “The Weakest Link” has been the most-watched series premiere on the “Big 4” networks through the season’s opening eight weeks.

Tuesdays will mark the celebrated season two return of the much-beloved “Zoey’s Extraordinary Playlist,” a critical darling that won an Emmy Award in its first season and stars Jane Levy as a whip-smart computer programmer who hears the innermost thoughts of people around her through songs. The series will kick off the night and lead into “This Is Us,” this season’s top scripted drama and No. 1 in 18-49 for the past five seasons. Tuesdays will conclude with “Nurses,” the network’s new Canadian medical drama acquisition on the heels of one of 2020’s biggest success stories, “Transplant.”

The eighth season of “The Blacklist” will resume Jan. 22 with the devastating consequences of the fallout between Raymond Reddington (James Spader) and Elizabeth Keen (Megan Boone) intensifying.

From Emmy Award winners Carlock and Fey, “Mr. Mayor” follows a retired businessman (Danson) who runs for mayor of Los Angeles to prove he’s “still got it.” Once he wins, he has to figure out what he stands for, gain the respect of his biggest critic (Hunter), and connect with his teenage daughter – all while trying to get anything right for America’s second weirdest city.

“Nurses,” filmed and set in Toronto, follows five young nurses working on the frontlines of a busy downtown hospital, dedicating their lives to helping others, while struggling to help themselves.