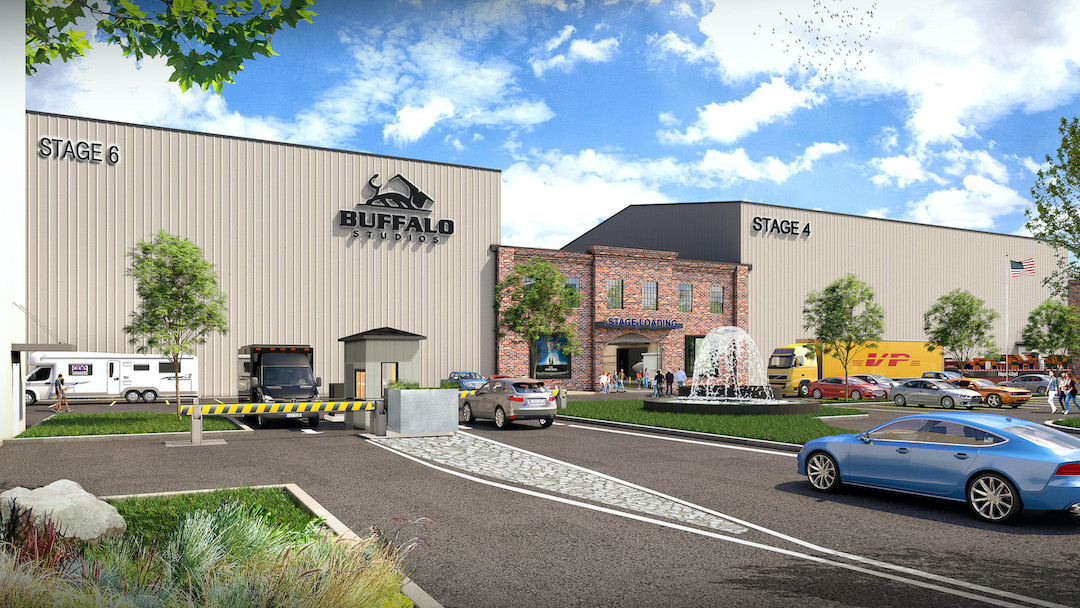 Project to bring job opportunities to city, collaborative programs for students to learn aspects of trade

With Buffalo’s film industry potential on the rise, a new project to develop a 27-acre parcel into world-class studio facilities is headed to the city.

Buffalo Studios CEO, founder and Grand Island native Matt Fleckenstein announced the project Thursday at the new site location on South Park Avenue. Fleckenstein, a multiple Emmy-nominated writer, and producer with 15-plus years of experience developing, writing, and producing television programs, moved to LA after graduating from Syracuse University’s S.I. Newhouse School of Public Communications with a degree in communications, TV/radio and film. Though a transplant to the West Coast, his love for his hometown motivated him to spearhead this project and invest in Buffalo to help the city thrive so that film projects being filmed in the Western New York area and Canada could be staffed by locally trained professionals.

Phase one of the site has already entered the state brownfield clean-up program and will work to remediate the rest of the approximately 10-acre parcel and, ultimately, the entire 27 acres on the site of a former steel mill. Phase one include six stages with support and office space, set on approximately 10 acres. Additional phases will expand onto approximately 17 additional acres. In all, the site will offer state-of-the-art film studios consisting of sound stages (soundproof purpose-built constructions used specifically in film, television and commercial productions). The project is tentatively expected to break ground in late spring 2021 with the tentative completion of the project toward the end of 2022. 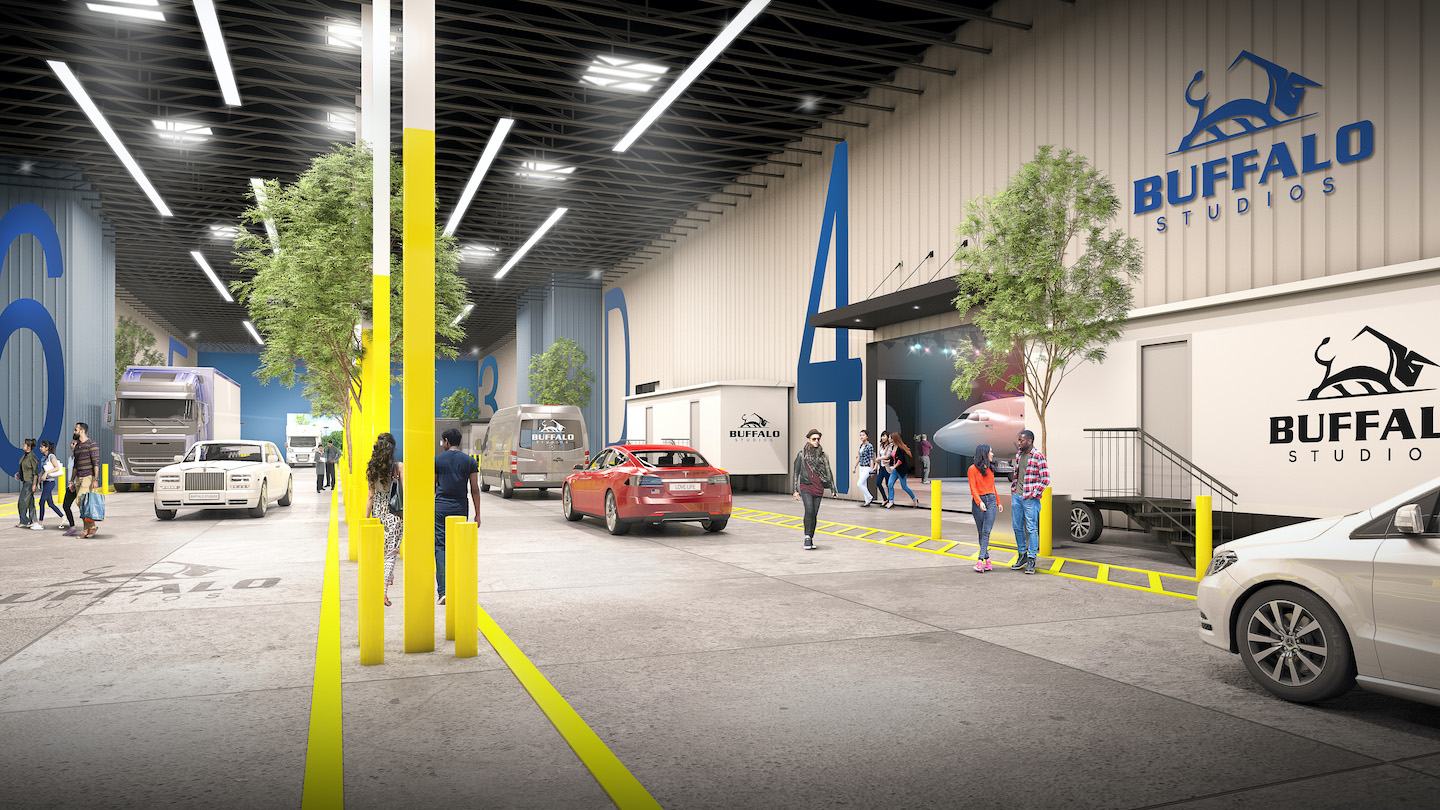 Buffalo Mayor Byron Brown was on hand for the announcement and welcomed the investment in the city.

"As my administration continues to build on its commitment to increase access and opportunity for city residents who work in the film and television industry, today's announcement that a second major studio is under development in our community reinforces that Buffalo is a destination for filmmakers. People want to come here and they want to make movies," Brown said. "I thank project developer and Western New York Native Matt Fleckenstein, a multiple Emmy-nominated writer and producer, for his major commitment to this project at a time of economic uncertainty due to the COVID-19 global health pandemic, that will create hundreds of good-paying jobs, generate local revenue, and further build upon Buffalo's growing film industry."

Bringing business to Western New York is a key reason Buffalo Studios was founded. Currently, there is no comparable sound stage/studio in the area, and business is often lost to Canadian facilities.

"This project has been a long time in the making – my office first met with Matt back in February 2019 – and today's announcement is a testament to the commitment that Matt and Adam have – not just for Buffalo Studios, but for Buffalo and Western New York as a whole," New York State Sen. Tim Kennedy said. "This facility is exactly the type of project that policymakers hope for when we strengthen programs like the brownfield tax credit, which will help make the site shovel ready, or when we fight for the New York State Film Tax Credit, which has helped to make Buffalo a top destination for filmmakers. I applaud Matt and the entire Buffalo Studios team for their vision and look forward to seeing this incredible investment move forward."

“Not only will Buffalo Studios bring jobs to the city, but it will also offer academic collaborations with the University of Buffalo to train students in the full spectrum of film and animation production,” he said. “This will allow for future generations of Buffalonians to be educated in the newest technology and skills used in film making and other productions – and to be able to work on those projects in their own backyard.”

“The potential of adding nearly 50%-75% more maker and exhibition space has been sorely missing in media study at UB, whose number of majors now exceed 250 undergraduates and 35 graduate students who primarily come from New York state with many coming from out of state and internationally to study at UB,” he said. “Bringing UB downtown is really our manifest destiny in the department and where we belong – most of our students and faculty live downtown, and much of their art is situated there. Having a satellite campus on the Buffalo Studios property is an amazing opportunity.”

Buffalo Studios has developed additional partnerships and collaborative efforts to ensure success of the project, including working with economic development representatives and leaders from local industry unions including: Local 52 Motion Picture Studio Mechanics and the International Alliance of Theatrical Stage Employees, Moving Picture Technicians, Artists and Allied Crafts of the United States. 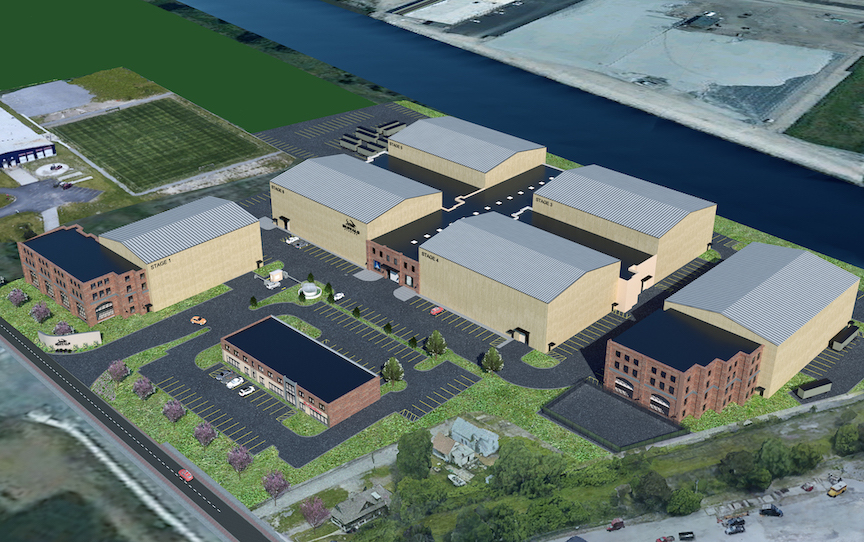