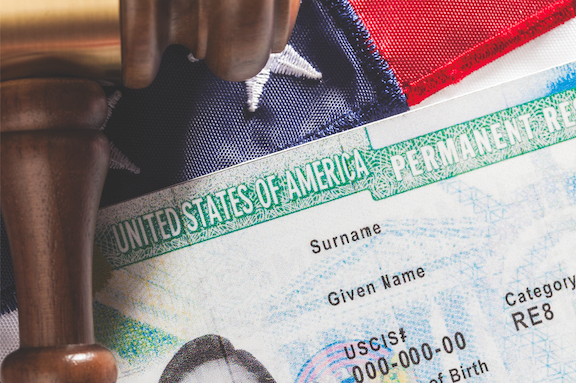 On average, immigration reduces or has no impact on crime, says UB sociologist

An analysis by a University at Buffalo-led team using two estimates of undocumented immigration suggests that, on average, this population reduced or had no effect on crime in 154 U.S. metropolitan areas studied, including places such as New York City, Chicago and Las Vegas.

“Even after estimating the undocumented immigrant population in U.S. metropolitan areas in two different ways, we found that undocumented immigrants had no significant effect on violent crime and actually had a significant negative effect on property crime,” says Robert Adelman, an associate professor of sociology in UB’s College of Arts and Sciences. “This suggests that increases in the undocumented population is accompanied by decreases, on average, in property crime in U.S. metropolitan areas.”

The findings, published Oct. 3 in the Journal of Crime and Justice, are consistent with the results of an earlier 2017 study of the relationship between immigration and crime by an Adelman-led team. The earlier study used four decades of data on the documented foreign-born population in the U.S., which also showed, on average, no significant link between immigration patterns and increased crime in a sample of 200 U.S. metropolitan areas.

The new study does not, either explicitly or implicitly, address whether or not individual immigrants do or do not commit crimes, Adelman points out.

“People from all backgrounds commit crimes. However, the bulk of the evidence indicates that, at least at the metropolitan level, in places where there are more immigrants, there also seems to be more economic and cultural vitality.”

The findings of Adelman’s team about the relationship between immigration and crime are not isolated or unusual conclusions. The majority of similarly themed studies in recent decades also found no significant relationship between immigration and crime. However, those earlier studies by other researchers rarely explored the potential impact of undocumented immigration on crime, largely because until recently there were no reliable estimates of the size of the undocumented population.

The just-published analysis of the relationship between immigration and crime, though, used recent data compiled by the Pew Research Center and the Migration Policy Institute. The cross-sectional data provide a one-time, one-year snapshot that is illuminating, but is a different approach than the 40 years of data used in the longitudinal 2017 study. The strength of the current analysis is that it used two different estimates of undocumented immigrants – and the results are overwhelmingly similar regardless of which estimate is considered.

“Because these data (in the current study) are not longitudinal, it’s much more difficult to establish causality than when you have data that lets you look at an effect over time, but the findings are still useful because of the undocumented measures compared in the study,” Adelman says. “There is a serious body of high-quality scholarship among those who study immigration and crime whose work in general simply does not find this overwhelming negative portrait of immigrants that has been painted in the current political climate.”

Adelman, an expert on patterns, trends and processes related to immigration who also serves as chair of UB’s department of sociology, has longstanding interests in social, racial and economic inequality, with a particular interest in outcomes associated with immigrants and their integration into American society.

“Studying the link between immigration and crime is important because it’s one of the factors that is misinterpreted in American society,” Adelman says. “The full context of immigration is complex, with competing narratives and scholarship.”

And the answers are not always straightforward, according to Adelman.

“Some groups benefit from immigration while others may realize competition from immigration, but all of this has to be placed on the table so that we can debate the issues with facts, data, and the scientific method,” Adelman says.