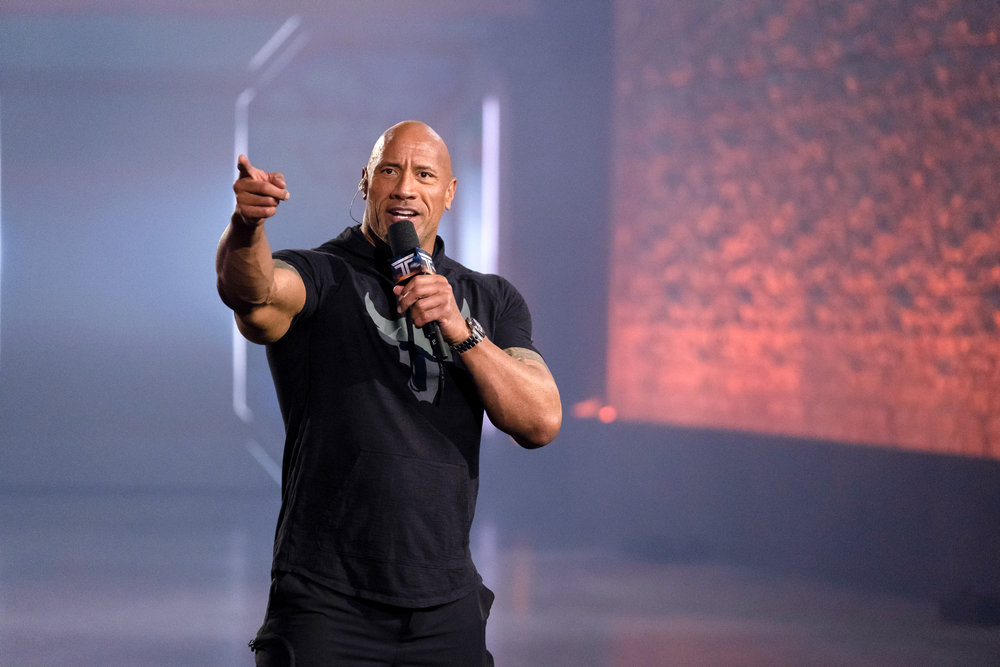 In addition to quarterbacking NBC's "The Titan Games" (as pictured) Dwayne "The Rock" Johnson will be featured in the new series "Young Rock." (NBC photo by Steve Dietl)

Below is the cast for the new NBC comedy “Young Rock,” which focuses on different chapters of Dwayne “The Rock” Johnson’s life. From growing up in a strong and resilient family, to being surrounded by the wild characters of his professional wrestling family, to playing football at the University of Miami, the show will explore the crazy rollercoaster that has shaped Johnson into the man he is today and the larger-than-life characters he's met along the way.

•Bradley Constant as Dwayne Johnson, age 15 – Doing his best to fit in as a normal teenager but puberty has other ideas. His size and full mustache have his classmates convinced he’s an undercover cop.

•Uli Latukefu as Dwayne Johnson, age 18-20 – Has just been recruited to play football on a full scholarship at powerhouse University of Miami. Though a super-star talent, a devastating injury his freshman year puts his life at a crossroads.

•Stacey Leilua as Ata Johnson, Dwayne’s mother – Grew up in a first generation pro wrestling family. A strong woman, both by nature and necessity, she’s a hopeful positive force in young Dwayne’s life.

•Joseph Lee Anderson as Rocky Johnson, Dwayne’s father – Charismatic and charming, the pro wrestling champion juggles the ups and downs of his career with being a well-intentioned, but unorthodox, husband and father.

•Ana Tuisila as Lia Maivia, Ata’s mother and Dwayne’s grandmother. The first female pro-wrestling promoter in the country. A sweet loving grandmother and when need be, a cutthroat, ruthless businesswoman.

Johnson will appear in each episode as the focus and inspiration of the series will be about his formative years.