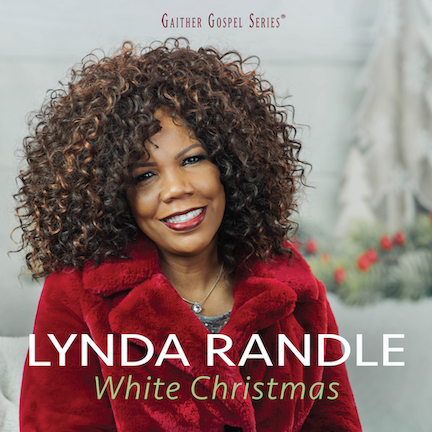 Genre-spanning, Dove Award-winning vocalist Lynda Randle is set to ring in the season Oct. 16 with “White Christmas,” her first full-length holiday offering in more than a decade. The 11-song Gaither Gospel Series release, available for preorder now, was produced by Jason Clark (The Singing Contractors, Michael English) and Randle. The project’s title-cut is now available on digital platforms.

“I’ve always loved Christmas and Christmas music, so making this project was truly a joy,” Randle said. “We know the real meaning of Christmas is the birth of our Lord Jesus, and that’s the reason we celebrate – not just at Christmas, but all year through. In these unprecedented times, we need the hope, peace and joy of Jesus more than ever; and I pray these songs will mean as much to those who hear them as they do to me.”

She added, “My producer, Jason, did a wonderful job helping create such special arrangements of these Christmas favorites. The duets with my brother, Michael, are a highlight of the recording; and I especially love 'Sweet Little Jesus Boy,' which celebrates the humility of Jesus. And 'Thank You Baby Jesus' is a moment of worship that closes the album in such a fitting way.”

Singer/songwriter, author, speaker and television personality Randle is one of Christian music’s most distinct voices. A familiar face at Gaither Homecoming events and on Homecoming videos through the years, her signature song, "God on the Mountain," is the most popular video on the GaitherTV YouTube Channel with over 43 million views.

Randle has shared the stage with such musical legends as Andraé Crouch and Gladys Knight, among others, and she is the creator and host of the popular “A Woman After God’s Own Heart” conference. The event ministers to women from all walks of life each year through a unique combination of music, dance, teaching, prayer and humor.

One of the largest independent Christian music companies in the world and a household name for millions of fans, Gaither Music Group, in partnership with Primary Wave Entertainment, is known worldwide for its award-winning and top-selling recordings, including the Gaither Gospel Series, of which 133 products have been certified Gold, Platinum or multi-Platinum. These recordings, which encompass more than 177 video copyrights, showcase gospel music pioneers; many of the finest performers in the gospel and country genres; up-and-coming acts; and country artists including The Oak Ridge Boys, Jimmy Fortune, Joey+Rory, Alabama, Alan Jackson, The Statler Brothers, George Jones, Vince Gill, Josh Turner, Tennessee Ernie Ford, and The Isaacs. The brand has partnered with Sandi Patty, Gloria Gaynor, Steven Curtis Chapman and a host of acclaimed talents from various fields of music.

Gaither Music Group has garnered sales of more than 40 million DVDs and CDs, including such PBS stalwarts as “Billy Graham: God's Ambassador,” the only authorized video autobiography of the Rev. Billy Graham; “The Gospel Music of Johnny Cash”; and three Elvis Presley projects, including “He Touched Me” and “The Gospel Music of Elvis Presley,” in conjunction with the Elvis Presley Estate. The company developed a partnership with Cracker Barrel Old Country Store in 2008; and its alliances with Capitol Christian Music Group, Universal Music Group and Time Life Music remain bedrocks for the company.

“White Christmas” will be distributed exclusively by CCMG and Universal Music and will be available throughout retail stores and across digital platforms including Apple, Amazon, Pandora, Spotify and YouTube.