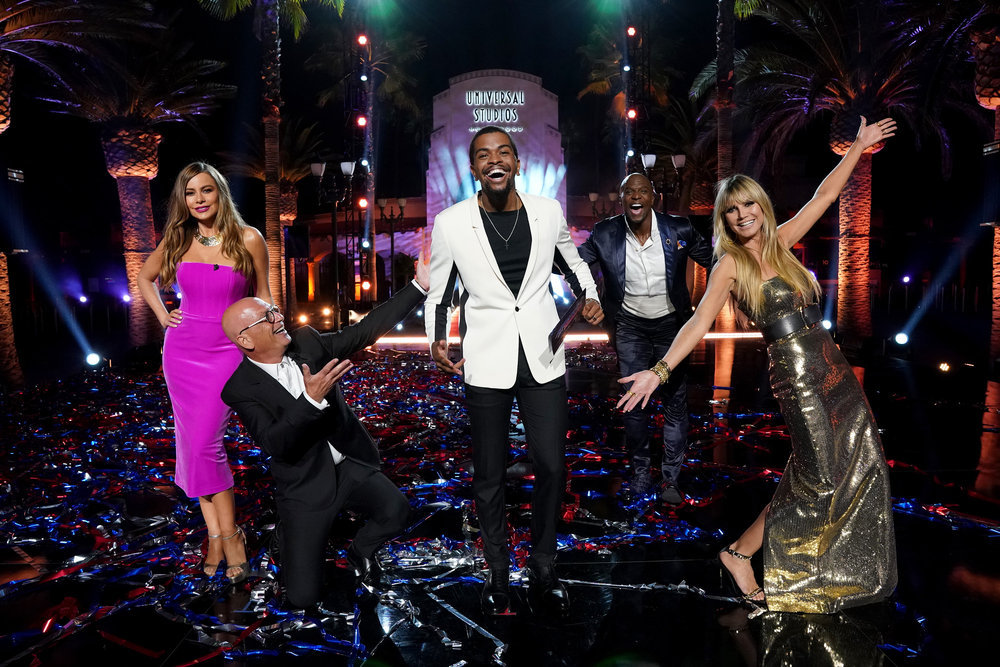 The votes are counted and America has chosen Brandon Leake as the winner of “America’s Got Talent” season 15. Leake, who is the first spoken word poet to appear on the show, wins the $1 million grand prize and the opportunity to perform at Luxor Las Vegas.

Leake has mesmerized viewers around the world all season with his powerful and very personal poetry, providing a window to his soul with each and every performance. His initial audition, in which he performed about the loss of his little sister when he was a child, earned him the Golden Buzzer from judge Howie Mandel and the admiration of viewers around the world. His subsequent performances addressed uplifting and additional serious topical subjects, including his strained relationship with his father and the power of forgiveness, new baby daughter and the joys of parenthood, and his mother’s fears raising a young black man in today’s society and in light of recent headlines concerning Ahmaud Arbery, Breonna Taylor, Jacob Blake and George Floyd.

The 27-year-old, a native of Stockton, California, is an award-winning poet, artist educator and motivational speaker. His creative mix of art, charisma and passion, which is tailored to his own unique personal narrative, has taken him around the world. During his recent “The Dark Side Tour,” Leake traveled to New Zealand, Mexico, Canada and 36 states around the U.S. to promote his first published poetry book and his “crown jewel” piece, “Deficients: A Tale From My Dark Side.” Leake is also the founder and CEO of Called to Move – CTM, an artistry organization with the pursuit of aiding youth development through the art of poetry.

“America’s Got Talent” ranks as this summer’s No. 1 series in total viewers for a 15th consecutive season and has led NBC to finish No. 1 in total viewers every Tuesday night so far this summer that’s featured an original “Talent.” The current season of “AGT” is averaging a 1.4 rating in adults 18-49 and 9.2 million viewers overall in “live plus seven day” Nielsens for the Tuesday telecast, and its May 26 season premiere has increased to a 3.4 in 18-49 and 15.6 million viewers with digital and linear delayed viewing recorded to date. And the show remains a top draw online, where it set a series record last Wednesday for total social activity and delivered a high for any NBC series in 2020, with 4.25 million total social Interactions.

The “Got Talent” format has had more than a billion global viewers since it began airing in 2006 in America and has aired in 194 territories worldwide. “Got Talent” holds the Guinness World Records title as the Most Successful Reality Television Format in history with more than 70 local versions produced across Europe, Asia Pacific, the Middle East, Africa and the Americas.

“America’s Got Talent” was created by Simon Cowell and is co-produced by Fremantle and Syco Entertainment.

Auditions for the next season of “America’s Got Talent” are currently underway. Interested acts can visit www.AGTAuditions.com to submit a video audition or to sign up to learn about our new virtual open call auditions.

For the latest “America’s Got Talent” news, videos, and photos, fans can  visit: