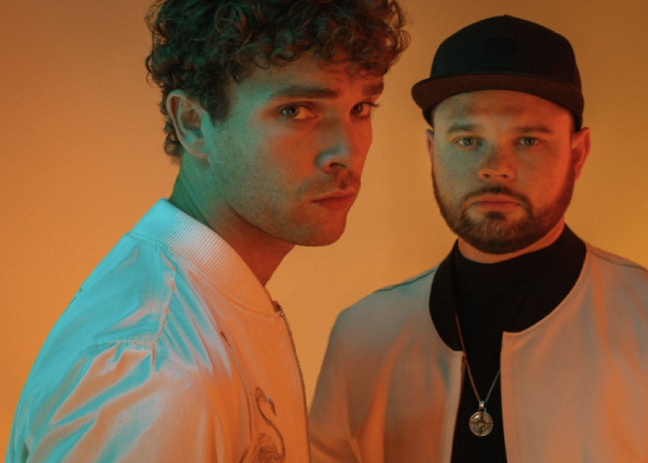 First taste of their eagerly anticipated new album, which will follow in spring 2021

In the space of just two albums, Royal Blood have ascended to become one of the world’s biggest and most vital rock bands. The Brighton duo has scored two U.K. No. 1 albums – a self-titled double-Platinum debut from 2014, and 2017’s “How Did We Get So Dark?” – in the process selling 2 million albums worldwide. The act’s acclaim has included the BRIT Award for Best British Group plus further accolades at the NME and Kerrang! Awards as well as a Mercury Prize nomination.

What’s more, Royal Blood has made a major international impact, hitting the Top 10 in a further seven territories and peaking at No. 2 on the U.S. alternative album chart. Further U.S. success has included three No. 1 hits at Rock Radio and four Top 20 hits at alternative radio. Pitchfork raved about their album debut and proclaimed, “This Brighton bass and drums duo have swiftly become the most universally deified emergent UK rock band in years. Royal Blood are, for many Britons, not just The Only Band That Matters, but The Only Band, period.”

All of which positions their upcoming third album, due next spring, to be one of 2021 most essential releases. Royal Blood now add to the anticipation for the record by sharing the first single, “Trouble’s Coming.”

A press release said, “If you think you know what to expect from Royal Blood, think again. Their patented, granite-heavy bass and drums attack is now flavored by fresh influences: Daft Punk, Justice and the late Phillipe Zdar (one- half of Cassius and producer for the likes of Sébastien Tellier and Hot Chip). As a result, ‘Trouble’s Coming’ infuses Royal Blood’s bombastic up-tempo energy with beats.”

“Trouble’s Coming” concisely tees up what to expect from Royal Blood’s third album: a very organic infusion of their visceral hard rock sting with a disco-tinged rhythm that grooves rather than pummels. As the duo started work on the project, which was largely self-produced at The Church and Sleeper Sounds in London, the song proved to be the turning point in the creative process.

As vocalist/bassist Mike Kerr explains, “It was the moment something started to click – where we started playing over those much more rigid dance beats. The breakthrough was realizing that there was real common ground between that and what we’d done before. It’s that AC/DC aspect: Where the quality that makes the riffs seem so cutting is because of that beat. Although on the surface we were stepping outside what we’d done before, it didn’t feel at all unnatural; it felt like we were returning to music we’d loved from the very beginning: Daft Punk, Justice, things that were really groove-orientated. It was all about the beat. It felt like familiar territory, but something we’d censored in ourselves.”

Drummer Ben Thatcher adds, “When we first broke out, there were only two elements to the band. I didn’t just have to carry the beat; I’d have to color in the changes. We were both bearing a lot of freight, sonically. But this was a different challenge; less varied, maybe, but so satisfying as a drummer.”

Lyrically, “Trouble’s Coming” is about looking inward to recognize the warning signs before a situation erupts into chaos. It could also be seen as an allegory for Royal Blood’s own experience. Success is more complicated than it first seems, and the demands it brings makes finding the time to regain perspective ever more elusive.

A huge draw in the live arena, Royal Blood’s most recent full-scale U.K. and Ireland headline tour saw them perform in front of 100,000 people, including 30,000 over three sold-out nights at London’s Alexandra Palace. Key festivals have included Glastonbury (where they famously discovered, mid-set, that their second album had debuted at No. 1), Radio 1’s Big Weekend, Reading and Leeds. Highlights of their extensive international touring include a huge North American tour with Queens of the Stone Age and Foo Fighters, plus headline shows as far afield as Los Angeles, Tokyo and Sydney.