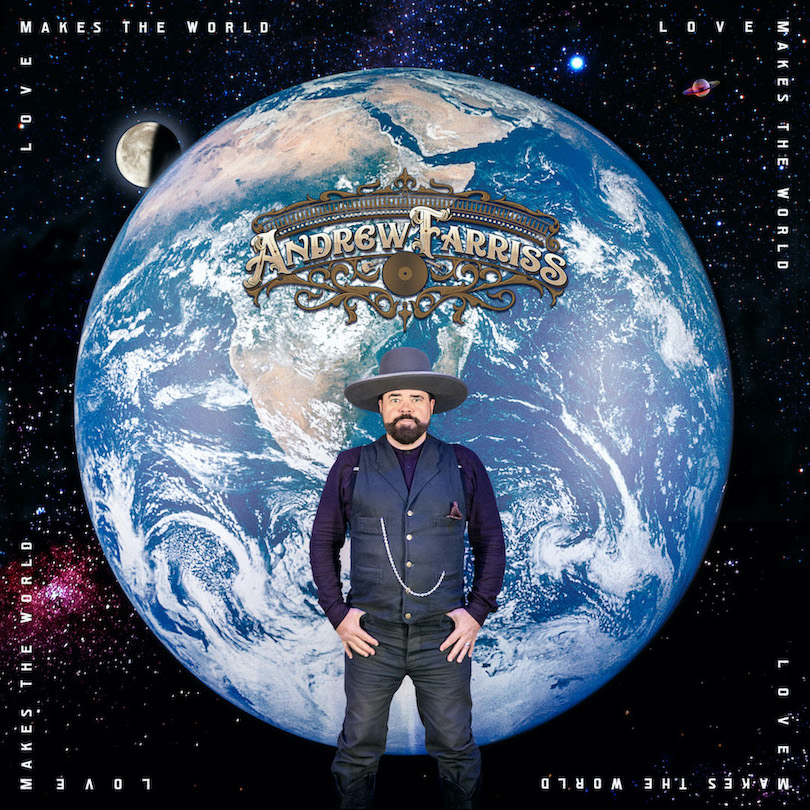 INXS co-founder, songwriter Andrew Farriss releases 'All The Stars Are Mine'

Gearing up for the release of his first solo EP, songwriter Andrew Farriss delivers refreshing optimism with an enchanting new single titled, "All The Stars Are Mine". The single is the perfect representation of what Andrew’s forthcoming EP, “Love Makes The World,” mirrors.

The EP, slated for release Oct. 2, will give listeners a unique peek into his solo efforts; a project the esteemed songwriter has been working on for more than a decade. In fact, Farriss’ debut solo album was due for release in 2020, but COVID-19 threw a curveball into those plans. Rather than sit back and wait, he put plans in motion to bring forward the release of his already completed 2021 EP so he could still share music with fans who had been waiting.

Farriss’ EP, “Love Makes The World,” will be released through BMG and is available now for preorder.

Farriss is well-known and acclaimed in the music and entertainment industry. Across his career with INXS, he has shared 50 million records, Grammy nominations, and an induction into the ARIA Hall Of Fame. Outside of INXS, he is an Australian Songwriters Hall Of Fame inductee and has written and produced songs for a plethora of Australian and international artists.

“The song has a lot of empathy,” Farriss says. “We have only got one planet; we are all going through life together. As my dad used to say, ‘No one gets through life without help from other people.’ It is about how we relate to other people. What I like about the recording of 'All The Stars Are Mine' is that it is very open sounding; there is a fair amount of space musically. I like the ambiance of the sound of the track. You can listen to the lyrics. It is not trying too hard. I pay a lot of respect to Suze (DeMarchi); she helped me pen all of this together. It is a song I am really happy to share.”

Picking “All The Stars Are Mine” as the first single from his EP was an easy choice for Farriss. After recording the album and the EP, he felt like it was a natural fit for the five-track EP. Penned with DeMarchi (Baby Animals) in Los Angeles, the track was recorded in Nashville at the Beaird Music Group Studios and features Farriss on slide guitar.

“Love Makes The World” focuses on the human process and all things that are truly important in the world. It is also a release that gives a lot of insight into Farriss as a songwriter.

“I think the thing that is interesting about the EP is that the tracks don’t all sound exactly the same,” he shares. “It takes you on a journey; it has its own character and style.”

Farriss is a creative, versatile, award-winning artist embarking on an adventure to present his individual talents to the world. Not only did Farriss co-found the iconic INXS mentioned above, he was also the main songwriter, played the keyboard and guitar, and sang backup vocals for the band. His hard work has paid off as the group went on to be nominated for a Grammy, Brit, MTV Music and ARIA Awards. He alone won producer of the year at the ARIA Awards and has written songs for various albums that have gone triple-Platinum.

Native to Tamworth Australia, Farriss now splits his time between his home country and Nashville. Among many shows, Farris frequents the Bluebird Cafe in Nashville and makes a highly anticipated yearly appearance at Tamworth’s Country Music Festival in Australia. He has toured the globe for over 50 years, impacting the world with his Americana arrangements.