The Rev. David Edward O’Brien, Oblate of Mary Immaculate, returned home to the Father’s House on July 14, 2020, surrounded by his fellow Oblates in São Paulo, Brazil.

Father O’Brien was born in Buffalo on Sept. 30, 1932, the son of Edward and Laura O’Brien and brother of Eileen, Mary Elizabeth (Betty) and Laura, all who predeceased him.

He attended Holy Angels and Annunciation grammar schools and Holy Angels Collegiate Institute, from which he graduated on June 23, 1950, the first student out of 28 classmates.
He then entered the Oblate Juniorate Preparatory School in Newburgh, New York, followed by admittance to Immaculate Heart of Mary Novitiate in Ipswich, New York, where he received the habit and began his novitiate on Sept. 7, 1952.

He professed his first vows on Sept. 8, 1953, and because of his scholastic aptitude was sent to the Oblate Scholasticate in Rome to begin studies in 1954. He remained in Rome for seven years and was ordained a priest there on July 12, 1959.

In 1960, O’Brien began his 60 years of service and evangelization, and bringing the good news of Christ, to the poor and marginalized in Brazil. He served in numerous parishes and formation houses throughout Brazil, including in São Paulo, Poços de Caldas, Rio Grande do Sul, Cidade Dutra, Salvador, Recife and Goiânia. He also served many years as a member of the Provincial Council.

In February 2020, the pre-novitiate house in Goiânia was named The Reverend David O’Brien OMI Pre-Novitiate House in his honor.

They all tremendously enjoyed periodic visits with their cherished Uncle Dave in the United States, and also bore witness to the shared love and respect between Uncle Dave and the Brazilian people during visits to Brazil.

O’Brien joyfully and selflessly lived a life of service to others and was an inspiring example of God’s grace and love to all who were fortunate to know him. 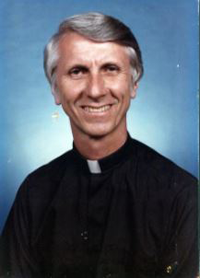