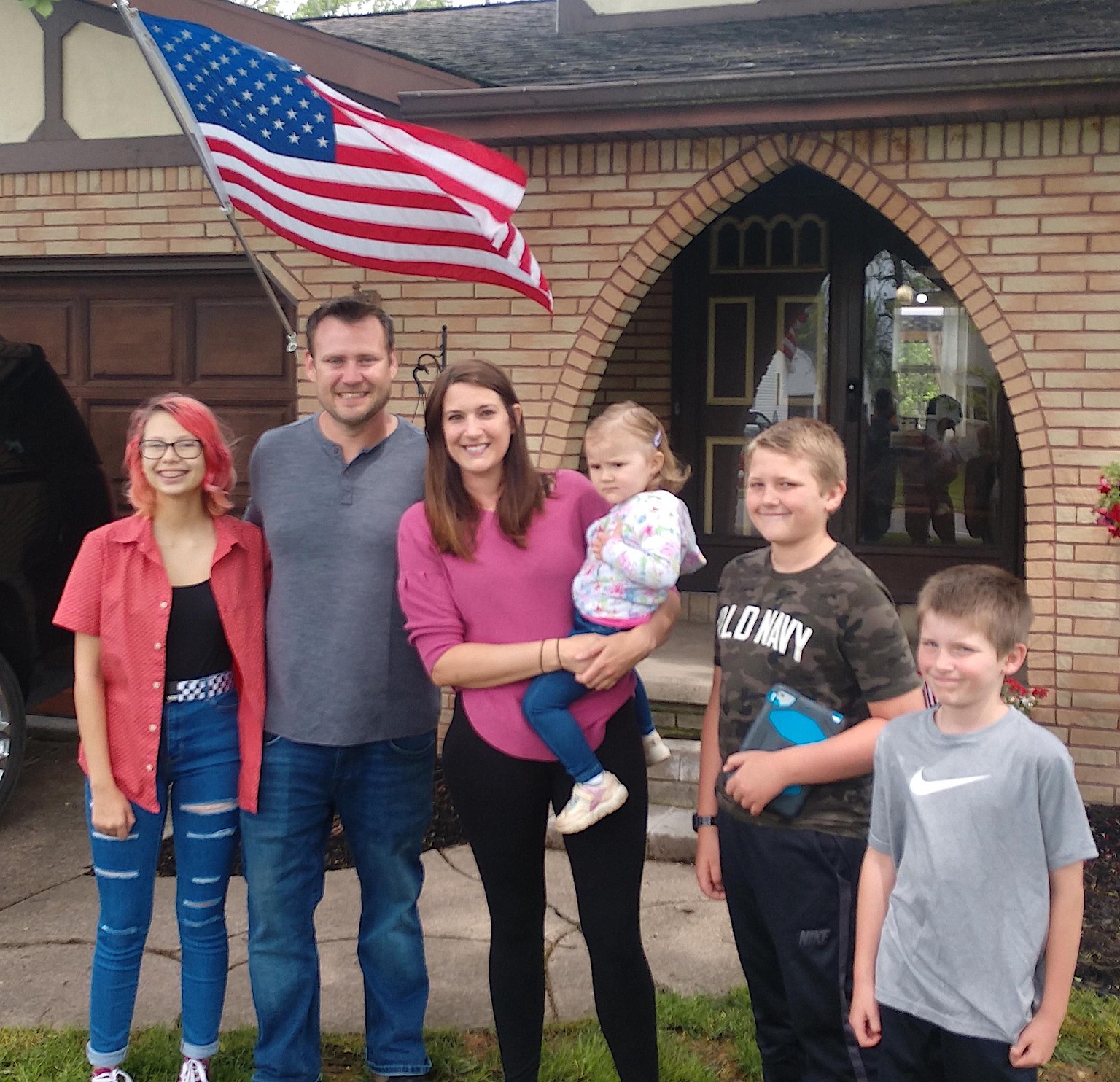 U.S. Air Force Reserve Capt. Tara Gensler, a clinical nurse in the 914th ASTS based at the Niagara Falls Air Reserve Station, was in her Grand Island home last Saturday morning asking why her family wanted her to immediately join them outside.

Bewildered, she went along and wondered why a Grand Island police vehicle was coming down Sherry Road with its lights on and siren blaring. Then she heard car horns as a slow parade of nearly 30 vehicles, decorated with balloons and signs, and carrying family, friends, local veterans and Town Supervisor John C. Whitney drove by waving and yelling “Thank You.”

It brought tears of joy to Capt. Gensler as she waved and said hello while family members recorded the event.

“Oh my, this is an amazing surprise,” a smiling Gensler said as she held her 2-year-old daughter, Lexi.

“She is a superhero,” explained Floyd Doring, an 86-years-young local Realtor, a veteran, and the organizer of the welcome home and appreciation parade. “She is a nurse who gave up her family to go to New York to help those in need for over a month.”

Gensler and three others from the 914th accepted the call in April to support the Department of Defense’s effort to combat COVID-19 in New York City, the epicenter of the COVID-19 pandemic. She began caring for the coronavirus infected patients in the makeshift hospital in the Javits Center before going to Elmhurst Hospital in Queens for daily 7 p.m. to 7 a.m. shifts.

“We all had a part to play and I was just happy to do mine in helping those we served,” the soft-spoken, humble captain explained.

Thoughts of getting home to her family helped get her through the tough, challenging times, and she was able to FaceTime with them during the day.

“It was such a great experience working with other branches of the service helping these patients. I work with an amazing group of people at the 914th ASTS and throughout the Air Force Reserve,” Gensler said.

Hospitals in New York were tasked to accommodate increased patient populations caused by the virus and had to overcome staff shortages. According to an article on the Air Force Reserve website, the airmen had to own entire wards of patients. Many of the infected were not able to recover from the coronavirus, despite the efforts of the AEG medics caring for them.

“The stress put on these airmen and women day in and day out is unbelievable. Many of them were at the patients’ bedside when they passed. Some of them even volunteered to video conference with families so they could say goodbye. We may not have won every battle, but New York City is in a better place because of their efforts,” said Lt. Col. Curt Haase from Joint Base McGuire-Dix-Lakehurst, New Jersey, which helped bring the Air Force reservists into the fight against the pandemic.

“When we had arrived, the worst had passed and were turning the corner as far as deaths,” Gensler explained. “The hardest part for me was having to watch patients not able to visit with their families. I had one COVID patient who had been on a ventilator for over a month and completely unaware of what had happened when he was finally extubated. He would repeatedly ask for his wife.”

She added, “I also took care of a younger woman on a med-surg floor at Elmhurst Hospital who had two boys around the same age as mine. She was diagnosed with terminal cancer while I was there, and my heart completely broke for her not to be able to be with her boys at all during that time. I could not imagine how she felt.”

She continued, “I feel so honored by the constant accolades from friends, family and the community, but truly it is the health care workers in New York City and the first wave of deployers that saw the worst of it who deserve the credit.” 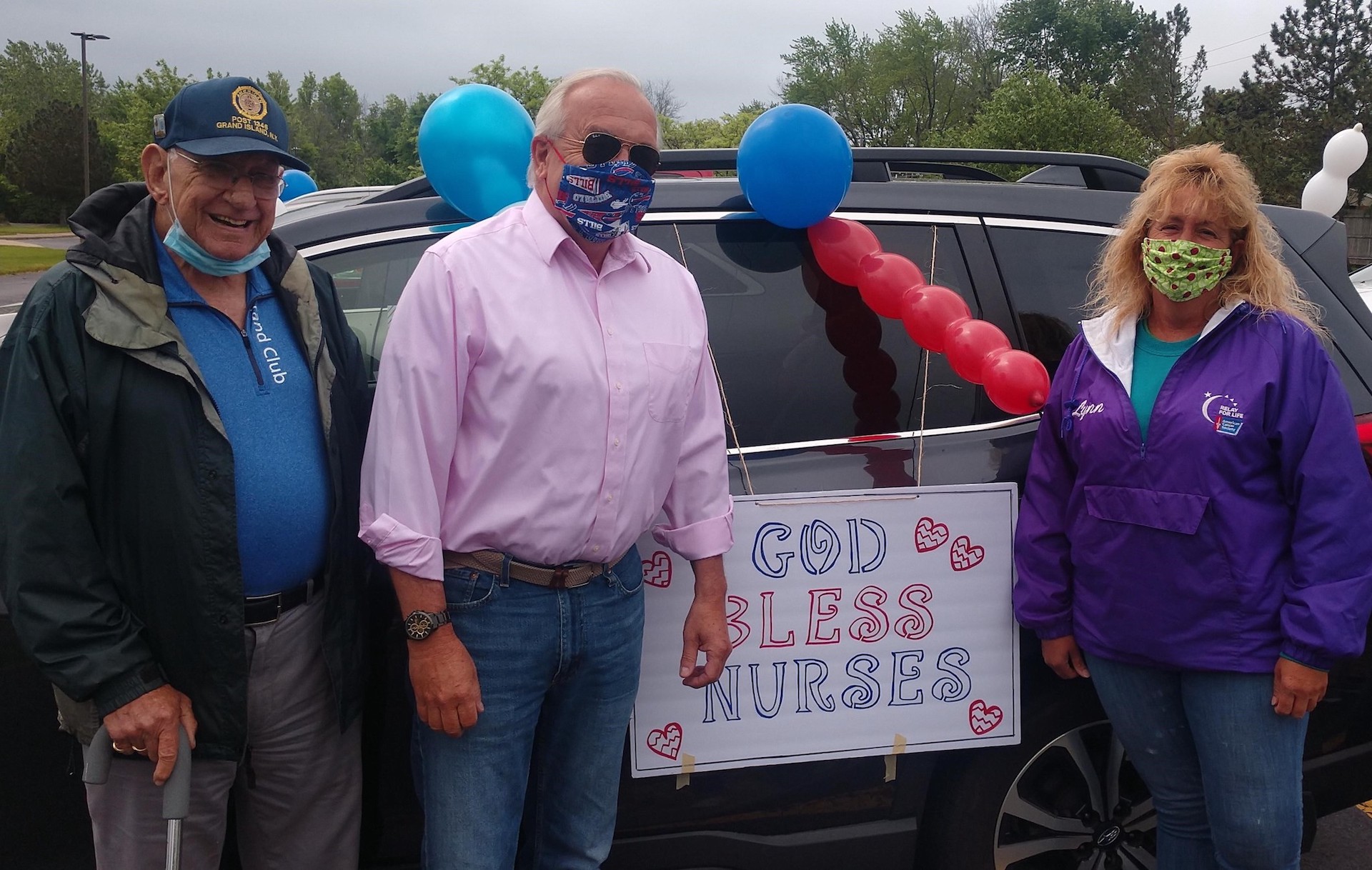 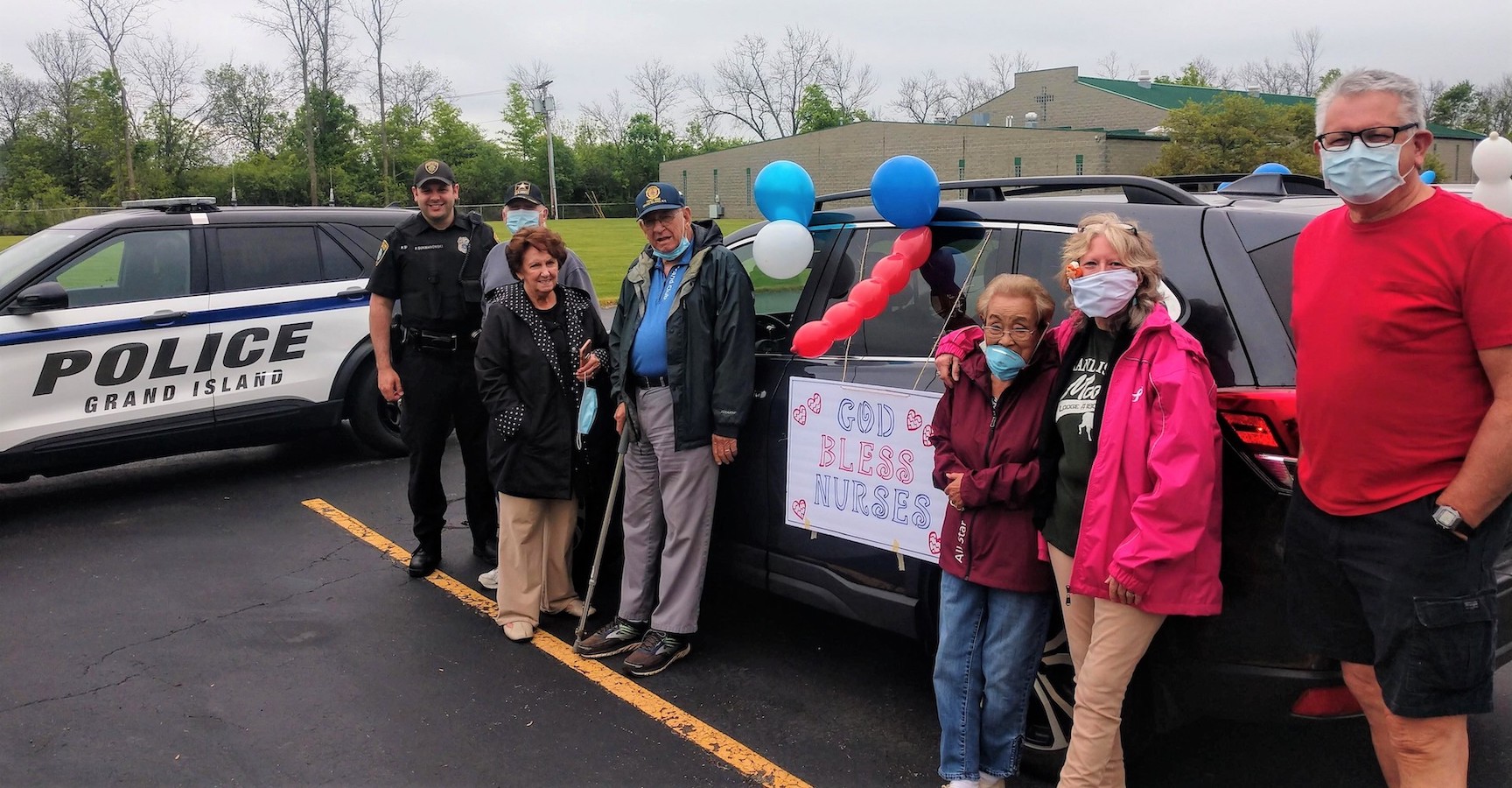