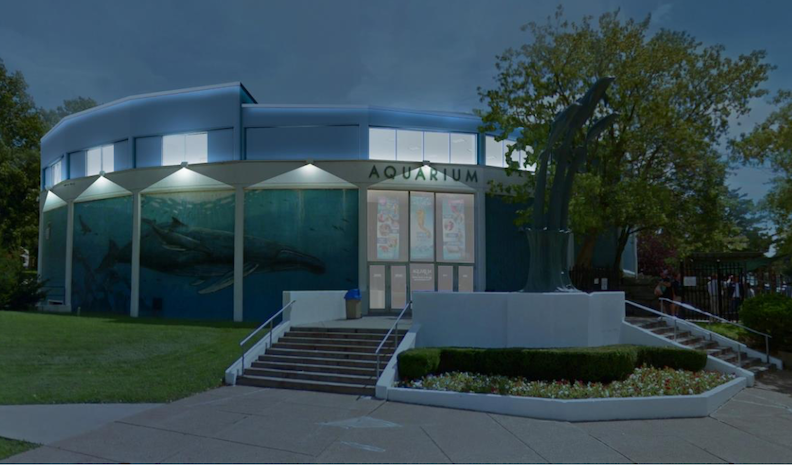 Renderings provided by the Aquarium of Niagara.

The Aquarium of Niagara continues to position itself as a premier destination for both Western New Yorkers and tourists alike as it unveils plans for its fourth major capital upgrade in three years.

It will completely renovate a second floor event room this spring. The $85,000 investment will include the installation of new windows along the entire front wall facing the Niagara Gorge, new flooring and ceiling tile system, upgraded lighting fixtures, and a brand-new A/V package, including mounted projection equipment and a sound system.

On Wednesday, the Niagara County Industrial Development Agency announced an award of $17,000 toward the project through the Cataract Tourism Fund. Other funding was provided by the Western New York Foundation ($40,000) and the Niagara Aquarium Foundation.

The Aquarium of Niagara is working to secure the remaining 20% of project costs.

Renovation represent nearly $10 million of investments into facility upgrades. In 2018, the Aquarium of Niagara’s penguin exhibit underwent a $3.6 million transformation into “Penguin Coast,” which positioned the venue to become accredited by the Association of Zoos and Aquariums – and a recognized breeding facility for threatened Humboldt penguins.

In 2019, the Aquarium of Niagara opened its jellyfish exhibit “Aliens of the Sea.” It plans to open the highly anticipated $1.85 million shark and sting ray touch pool, “M&T Bank Shark & Ray Bay,” in early summer. Other upgrades include rethemed first floor galleries and improved public amenities.

“The event room renovation will enhance the aquarium’s ability to welcome visitors, school children and local families,” said Gary Siddall, Aquarium of Niagara executive director. “The start of yet another capital improvement project is a clear indication of sustained growth and a new trajectory for the Aquarium of Niagara.”

Construction will take place over the last two weeks in April.

The Aquarium of Niagara is committed to educating visitors about marine life and conservation efforts through interactive exhibits, programs and events. It is home to more than 120 species of marine life, including many animals that have been rescued and deemed nonreleasable by the U.S. Government. Learn more at www.aquariumofniagara.org.