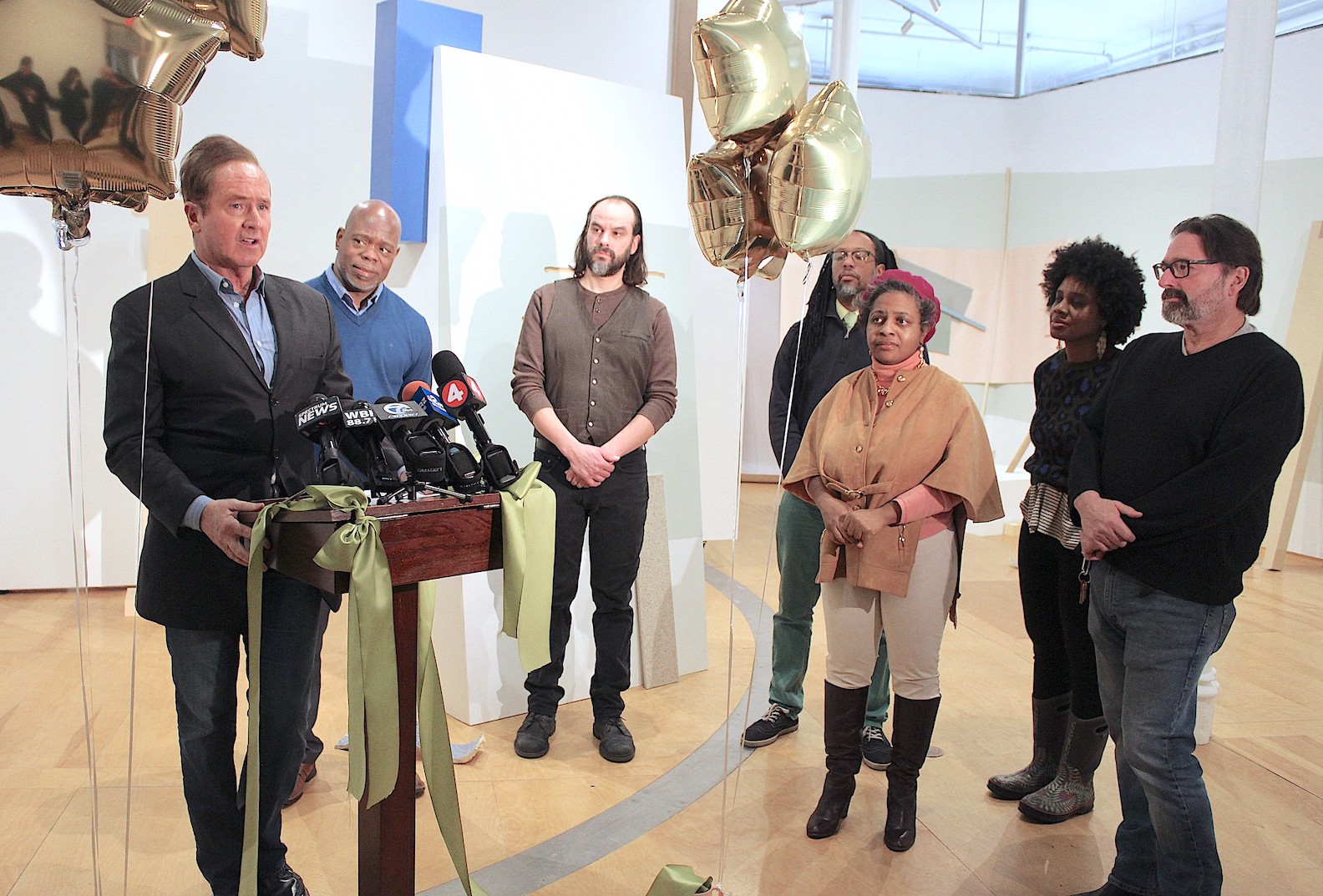 On Tuesday morning in the lobby of Hallwalls Contemporary Arts Center, staff joined with The Historic Colored Musicians Club (CMC) to announce a multi-year collaboration featuring internationally acclaimed musical artists. This partnership in music has been named the "Point Nine Collaborative." Congressman Brian Higgins, a visible champion of the arts community, will present acknowledgements at the event.

Higgins said, “Buffalo is home to some of the best arts and entertainment offerings in the country, adding both vibrancy and economic returns to our region. This is an exciting coming together of iconic Western New York cultural institutions. We are fortunate to have Cullen Foundation support to help grow collaborative efforts and expand public access to creative work.”

This formal collaboration is made possible with the support of the Cullen Foundation's collaborative opportunities grant. This award provides local performing arts groups with opportunities to showcase and share their creative ideas with Erie County’s residents and visitors through new works, partnerships and projects. The two-year grant was given for strength in advancing artistic excellence, advancing small and mid-sized organizations, and embracing a collaborative approach to community and audience engagement.

As two of the most respected presenters of jazz music in Western New York, Hallwalls and the CMC's previous, and more informal, collaborations provided a rational for funding. Most recently, creative leadership from both organizations performed at the Burchfield Penney Art Center as part of the 2019 CMC International Jazz Festival in a musical celebration in honor of the late Reynold Scott. The all-star ensemble played some of Rey’s original tunes, along with originals and standards, artistically and futuristically reinvented.

That performance birthed what is now known as "Kemp and the Reyvolation," which is scheduled to tour internationally later this year.

Named to highlight the .9-mile distance between the two organizations, the Point Nine Collaborative promises concertgoers a range of performances in the theater at Hallwalls, at the CMC, and around the city, including a special presentation at media sponsor WNED studios in the fall.