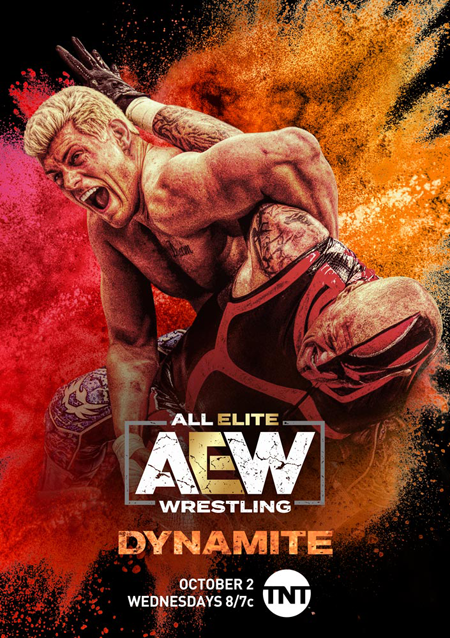 WarnerMedia today announced an expanded relationship with All Elite Wrestling (AEW), the groundbreaking new wrestling league that has already redefined wrestling with resounding success after only a few months. WarnerMedia has extended its deal for “AEW: Dynamite,” a Top 20 new cable unscripted series, through 2023. In addition, the parties have agreed to launch another night of AEW action, offering more of the fans’ favorite wrestlers, with a second show straight-to-series.

“When Tony Khan first shared with me his idea of starting a new wrestling league, I was impressed by his audacity to go up against a contender that has been the only game in town for 20 years, and ultimately believed that together we could bring his vision for a new, authentic, gritty product to bear,” said Kevin Reilly, chief content officer, HBO Max; president, TNT, TBS and truTV. “The fans have spoken and, after only three months, we have seen AEW shake up the wrestling world, and this will only continue as we build upon this momentum.”

“AEW: Dynamite” exploded onto the wrestling scene when it premiered on TNT as the night’s No. 1 wrestling show. It has continued to deliver high performing episodes each week with the series averaging 1.2 million total viewers and 654,000 A18-49 per episode in live +7 day viewing. In only three months, “AEW: Dynamite” has reached nearly 32 million people across all platforms. The show also delivers the youngest wrestling audience on television.

“When we launched AEW one year ago, we wanted to start a revolution that would disrupt the wrestling business, but everyone said that it would take a strong weekly television partner to make AEW real in the eyes of everyone – above all, the fans,” said Khan, president and CEO of AEW. “What virtually no one realized at the time was Kevin Reilly and TNT were committed to this very same movement from day one, and their belief in us made it possible for AEW to think and act big from the start. Here we are, only three months into ‘Wednesday Night Dynamite,’ and now we’ve been extended through 2023! We’re now making the ultimate statement that the team of AEW and TNT is here to stay, and to bring fans more of the great wrestling that the fans demand and deserve.”

Weekly action-packed matches continue to air live on 8-10 p.m. ET Wednesdays as part of TNT’s lineup of big, lean-forward television that gives viewers the best seat in the house for electrifying stories, dynamic characters and thrilling events. A global franchise, AEW has already secured broadcast deals in the U.K., Canada, France and Germany, and is available in over 100 other countries through the AEWPlus.com subscription service. Both parties are continuously exploring ways to further expand this relationship.

WarnerMedia announced in May 2019 that it was working with AEW by utilizing its position as a next-generation global media company to help build this league into a global pro-wrestling franchise. WarnerMedia has also been offering fans exclusive access to AEW’s popular pay-per-view matches, which kicked off in May 2019, via B/R Live. Their next event, “Revolution,” which takes place in Chicago on Saturday, Feb. 29, will also stream on the platform. With nearly 100,000 total AEW pay-per-view buys, B/R Live’s fan engagement provides a valuable opportunity to build AEW’s audience and maximize its viewership.

In addition to being a ratings success, AEW has earned a great deal of praise from a wide range of press. Newsweek called it ”One of the best shows of 2019,” and four of AEW’s wrestlers were named in Sports Illustrated’s Top 10 wrestlers of 2019, with Jon Moxley being named “Wrestler of the Year.” The Washington Post also wrote, “AEW … is a once-in-a-generation opportunity to present pro wrestling differently, with a focus on diversity and inclusion in the ring, in the front office and in the audience.” USA Today referred to the league as the “new cool kids,” and the New York Post said “AEW: Dynamite” “showcased the superb in-ring action it’s known for.” Complex heralded “AEW: Dynamite’s” presentation as “top notch” and /Film wrote, “AEW is the best and most refreshing professional wrestling has been in years.”