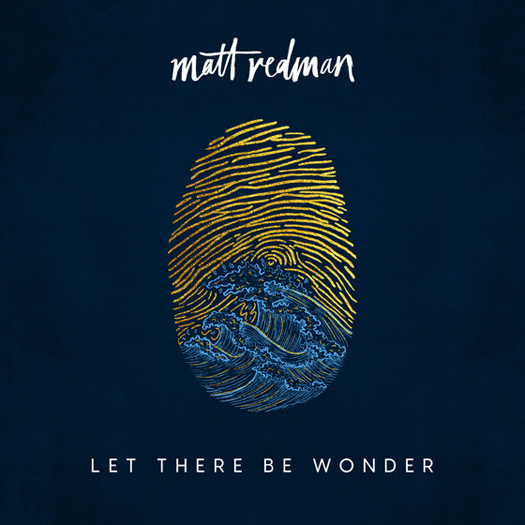 A key songwriter for today’s church, multi-Grammy Award and GMA Dove Award-winning singer, songwriter and worship leader Matt Redman announces the release of “Let There Be Wonder” on Jan. 31. The anticipated album, Redman’s 14th career project and his first with Integrity Music, is now available for pre-order. With each advance order, the songs "The Same Jesus" and "We Praise You" are available as instant downloads. Click here for further details. Additionally, a live video for "We Praise You" debuts today.

While preparing for this 12-song collection, all of the songs united into one principal topic: Jesus. Redman said, “One theme that shone through so strongly on this record was the name and character and story of Jesus. I think there’s a need in our society and in church to absolutely name him, to not just speak generically about who God is, but to put a name on him and to declare it and to say it – to sing the name of Jesus.”

Starting off with more than 50 songs, along with album producers Jacob Sooter and Joshua Silverberg, Redman dauntingly narrowed it down to the featured dozen. Writing all of the songs, he also collaborated with key writers and friends such as Sooter and Silverberg, Phil Wickham, Hillsong’s Joel Houston, Jason Ingram, Pat Barrett, Corey Voss, Andi Rozier (Vertical Church Band), Jon Guerra, and Brandon Lake, who also appears on the project along with Evan Craft.

Recorded in front of more than 1,000 people at Free Chapel in Orange County, California, “ ‘Let There Be Wonder’ encapsulates a lot of what has been in my heart when it comes to worship in these last few years,” he said. “Worship songs will never be able to paint the full picture of God’s glory, but it’s so important that we aim high and give our best effort to conveying him as fully as we can. When we do this, it’s much more honoring to God, and it’s much more helpful for us. My hope and prayer for this new record is that we’d find ourselves caught up in the life-giving worship of the true and living God. Let there be wonder!”

Redman's 2020 will be a busy one as he's set to appear at numerous shows, conferences and services in the U.S. and around the world. A headlining tour is also slated for late spring. Stay up to date by visiting his website, MattRedman.com.

Throughout his successful career, Redman has had numerous songs on CCLI, most recently with two in the top 10 and another 145 on the overall chart. His single “10,000 Reasons (Bless the Lord)” is certified RIAA Platinum, while the album “10,000 Reasons” along with the single "You Never Let Go" are both RIAA-certified Gold. His 2013 hit album “Your Grace Finds Me” debuted at No. 1 on the Soundscan Christian albums chart and in the Top 30 on the Billboard 200. “Unbroken Praise” (2015), recorded live at the iconic Abbey Road Studios, hit the Top 20 on the Billboard top album sales chart and No. 1 on iTunes and Billboard’s Top Christian albums charts. Redman released “Glory Song” in 2017, and his first holiday record, “These Christmas Lights,” debuted in 2016.

While his songs have been recorded by such artists as Chris Tomlin, Elevation, Jesus Culture, Passion, Tasha Cobbs Leonard, Bethel, Pat Barrett and Michael W. Smith, he has traveled the world with his music, leading worship at iconic venues such as Madison Square Garden, Times Square, Red Rocks, St. Paul's Cathedral, and both Wembley Stadiums in London. He won two Grammy Awards in 2015 for his Platinum hit single “10,000 Reasons (Bless the Lord),” and that same year the song was named ASCAP’s Christian Music Song of the Year and Billboard’s Top Christian Song.