Mike’s legacy is the way that he lived life to its fullest, encouraging all those he knew to do the same. He was efficient and driven in his work, so he could be adventurous and ambitious with his free time. He was a faithful friend who was never too busy to welcome company, and he adored time spent with wife Cindy and son, Cole.

Mike was immersed in his element experiencing nature, and he loved all that Grand Island offered. One could often find him happily walking his dogs at Beaver Island, Buckhorn or Spicer Creek, canoeing, boating or tubing in the river, and snowmobiling or four-wheeling across numerous Island paths.

Growing up on the Island, Mike held several high school records for swimming, which remained unbeaten for decades after his graduation. Mike was also known for his artistic talent, and his sculpture and drawings were often on display publicly. In recent years, he most enjoyed carving elaborate and intricate pumpkins for neighbors to delight in every Halloween, and to his great joy, was awarded the Niagara Frontier Publications first place pumpkin contest prize in recognition of his artistic creations.

Mike’s love of sports and hometown also extended to being an avid supporter of both the Sabres and the Bills, and he showed his pride wherever he went. Other fans would approach him on vacation in Bills or Sabres garb and strike up conversation immediately through their shared affinity and hope for promising seasons. He shared Bills season tickets with son Cole, and he looked forward to the day when he would see his beloved teams outperform those of yesteryear.

Mike graduated Grand Island High School as an alum of the Class of 1974 and went on to study art at Geneseo State College. He was a Boy Scout leader, Sunday school teacher, and an EMT. He worked for the Forestry Department in Texas, and locally for Mills and Rodgers Welding companies in various sales capacities and most recently for Praxair, as sales manager. He was successful in his career and enjoyed professional camaraderie as much as he did personal friendships. Mike was easy to laugh with, extremely bright, loyal and dedicated ... a true treasure. He will be missed by all.

A memorial service will be held to remember Mike on Saturday, Dec. 7, at 11 a.m., at the First Presbyterian Church, 100 Church St., Youngstown, with the Rev. Rex T. Stewart officiating. A reception will follow to share memories and recall good times. A private celebration of life will be held Dec. 28 for family and close friends.

Flowers are gratefully declined. If desired, donations in Michael’s name may be made to the Roswell Park Cancer Institute Nurse Recognition Fund, or the SPCA of Erie County. 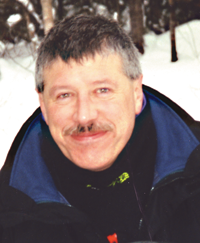