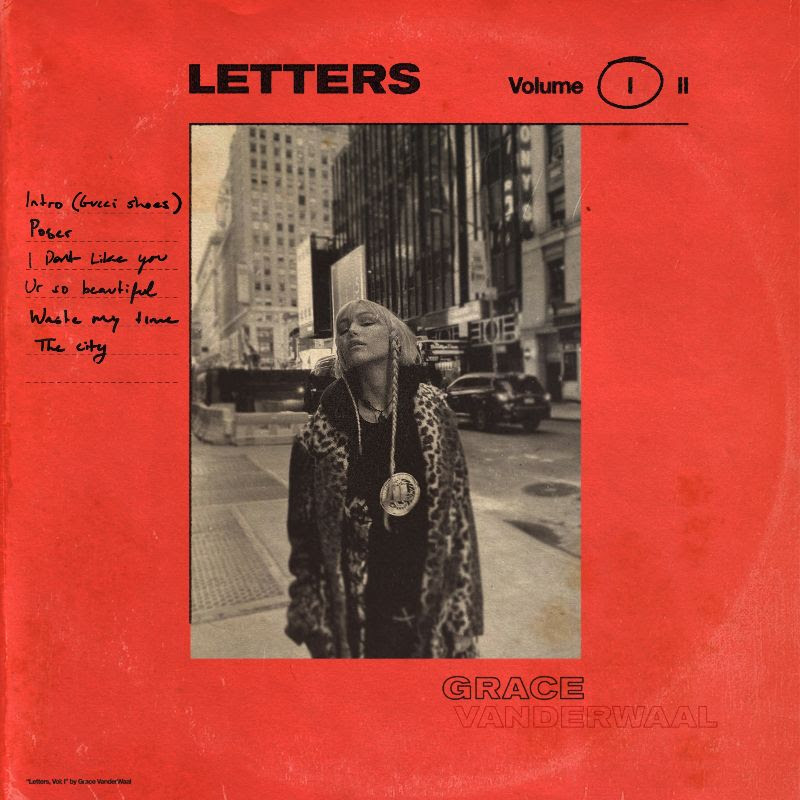 Singer/songwriter Grace VanderWaal officially released her new EP, “Letters: Vol. 1, on Friday (listen here). The EP features the emotional and unapologetic track “I Don’t Like You”; the groovy “Waste My Time”; and the uplifting “Ur So Beautiful”; alongside three brand-new songs.

The collection is a series of moody, layered ruminations on self-doubt, love, confidence, and growing up.

“This new EP, this new era, this new me … it’s very colorful, but muted – very self-expressive, but in an understandable way,” VanderWaal said of her most recent work.

Right off the heels of releasing the visual for “I Don’t Like You,” which Grace co-directed and has amassed over 1.7 million views, she took the stage on “The Late Late Show with James Corden” for an energetic performance. Watch it here. She will be on “The Kelly Clarkson Show” on Nov. 27 (2 p.m. ET on NBC) and perform on “Disney Parks Magical Christmas Day Parade,” which airs from 10 a.m. to noon Wednesday, Dec. 25, on ABC.

The award-winning singer-songwriter is a creative force to be reckoned with. Following the release of her best-selling EP, “Perfectly Imperfect,” and full-length album, “Just The Beginning,” the “America’s Got Talent” winner is back with new music.

To date, Grace has over 700 million streams worldwide. In addition to new music, she will soon make her acting debut, playing the titular role in “Stargirl,” a film adaptation of Jerry Spinelli’s beloved young adult novel of the same name premiering on the Disney+ streaming service in 2020.

All throughout, Grace keeps her millions of fans updated on her daily musings and everyday evolution on social media, all the while enjoying the experience of simply being a teenager.