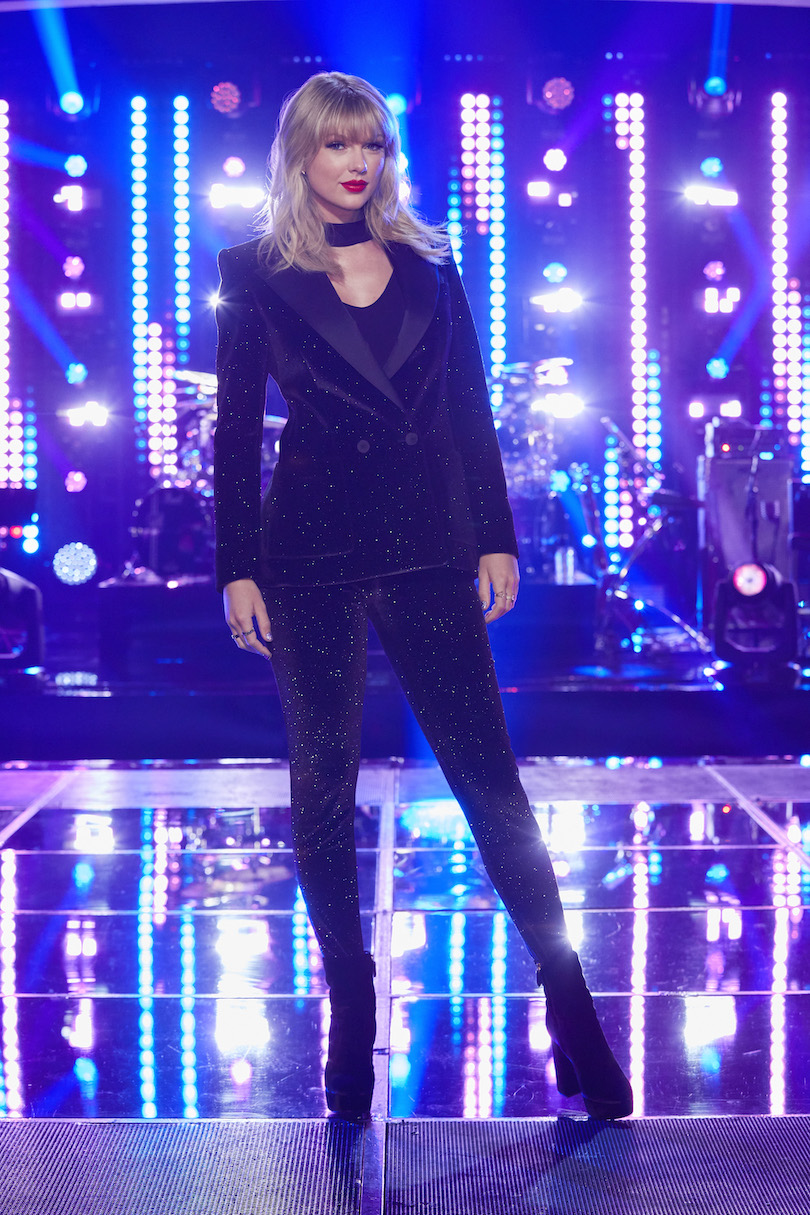 Taylor Swift on "The Voice." (NBC photo by Trae Patton)

As “The Voice” “mega mentor,” Swift will join coaches Kelly Clarkson, Legend, Shelton and Gwen Stefani to mentor the artists and prepare each team for the “Knockout Rounds,” which will begin airing in late October.

During the “Knockout Rounds,” the artists will be paired with a teammate and select their own songs to perform individually. Swift will be on hand to work with all four coaches and their teams to provide feedback, suggestions and praise as the artists prepare for their performance.

The coaches alone will choose the winner, and the artist not selected will be available to be stolen by another coach. They are vying for their coach's confidence and decision to take them to the final and crucial round before the live performance shows, the live playoffs.

This season, each coach will only have one steal in the “Knockout Rounds,” making the stakes higher than ever for the artists.

Swift previously served as the “mega mentor” on season 7 of “The Voice.” She also performed her chart-topping single “ME!” ft. Brendon Urie of Panic! At the Disco on the season 16 finale of “The Voice” earlier this year.

Swift’s seventh studio album, “Lover,” is not only the top-selling album of 2019, it is the highest-selling album since “reputation” was released back in 2017 – and broke the record for simultaneous entries by a female artist in Billboard’s Hot 100 history with all 18 tracks from “Lover” charting!

Swift has sold over 50 million albums and 150 million singles to date and holds YouTube’s most-viewed video by any female solo artist.

In addition to receiving 10 Grammys, Swift has won more than 400 lifetime awards to date, including 23 American Music Awards and 23 Billboard Music Awards, both the most overall wins by a female artist. She is the youngest person in history to win the music industry’s highest honor, the Grammy for Album of the Year, and she is the first female solo artist to win this prestigious award twice. Time magazine featured Taylor on its 2017 Person of the Year cover, named her one of the 100 Most Influential People in the world, and included Swift three times in TIME 100. A Brit and Emmy Award winner, Swift is Billboard’s youngest-ever Woman of the Year and the only artist to have been awarded this honor twice.