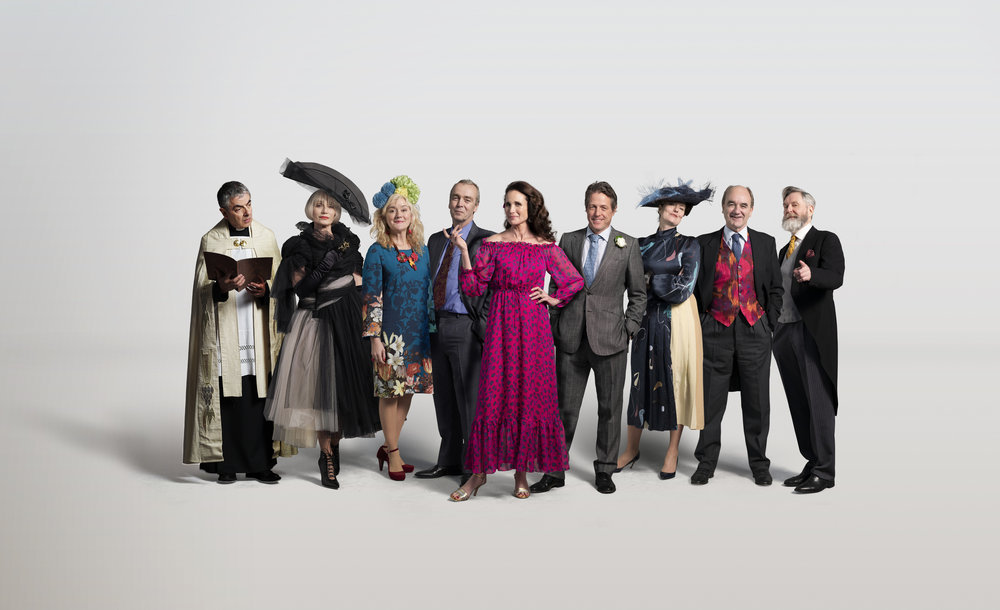 'Four Weddings and a Funeral' reunion: 'One Red Nose Day and a Wedding'

‘The Red Nose Day Special’ airs May 23 on NBC

Hugh Grant, Andie MacDowell, Kristin Scott Thomas and more reunited for "One Red Nose Day and a Wedding," a special short film to air exclusively as part of "The Red Nose Day Special" on Thursday, May 23 (8-11 p.m. ET), on NBC.

The short film will reunite the cast of "Four Weddings and a Funeral" for the first time in 25 years. Richard Curtis, who wrote the original film and is the co-founder of Red Nose Day, has written the short especially for the 2019 edition of Red Nose Day. "Four Weddings" director Mike Newell is returning to direct this new installment, which picks up 25 years after the original film.

Red Nose Day USA is a fundraising campaign run by the nonprofit organization Comic Relief USA, a registered U.S. 501(c)(3) public charity. Red Nose Day started in the U.K., built on the foundation that the power of entertainment can drive positive change, and has raised over $1 billion globally since the campaign's founding in 1988. Red Nose Day launched in the U.S. in 2015 with a mission to end child poverty, and has raised almost $150 million to date. Money raised supports programs that ensure children in need are safe, healthy and educated, both in America and abroad. Since launching in the U.S., Red Nose Day has received generous support from millions of Americans, hundreds of celebrities and many partners, including Walgreens, NBC, Mars, and the Bill & Melinda Gates Foundation.

For more information about Red Nose Day USA and its impact, visit www.rednoseday.org.