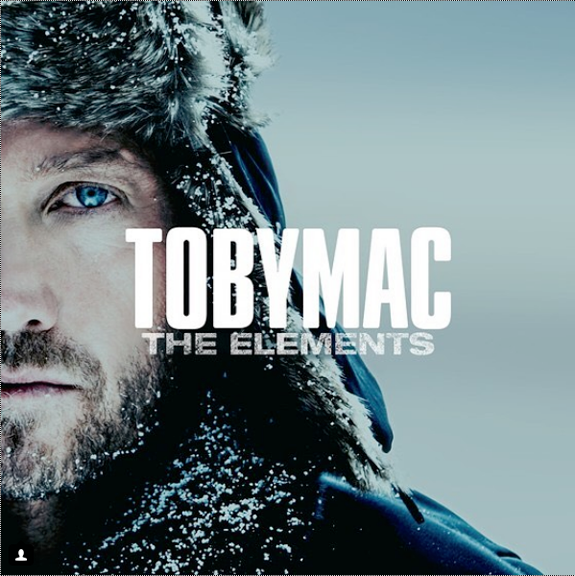 TobyMac, "The Elements." (Photo courtesy of The Media Collective)

TobyMac to release 'The Elements' on Oct. 12

Fri, Sep 14th 2018 04:30 pm
TobyMac's "The Elements" will release on Oct. 12, providing the first new collection of music from the chart-topping artist in three years. "The Elements" marks the Grammy winner's seventh album following the RIAA Gold certification of his previous six solo albums.
TobyMac started crafting the 11-track "The Elements" on the road, writing songs and bringing producers out on tour to collaborate.
"The most important thing to me are the concepts, what am I saying to people," TobyMac shared with Billboard. "I've got to be going through some life myself and that's why it takes so long. I have to experience some things, struggle with some things, overcome some things and get in the trenches before I have enough to write about. That's why it takes me a few years, because I want to write about what's really going on in my life. I find when you write about what's really happening in life it resonates more with people than fictional stuff."
"The Elements" boasts TobyMac's biggest song in six years, "I just need U." The track is the fastest-charting single in his career, topping radio charts for 12 weeks. The album's other prior release, "Everything," is following suit by raking in 60-PLUS early adds at radio, now climbing to No. 4 at Hot AC and in the top 15 at AC indicator, AC monitored and Christian airplay.
TobyMac amassed five Gospel Music Association Dove Award nominations for the upcoming 49th annual GMA Dove Awards, including nods in major categories such as Song of the Year ("I just need U."), Songwriter of the Year (Artist) and Contemporary Christian Artist of the Year.
Following a string of 18 sold-out arena shows this year as a part of his "HITS DEEP Tour," TobyMac and his DiverseCity Band will embark on the unprecedented "TobyMac & DiverseCity Band: The Theatre Tour" with special guest Ryan Stevenson. Offering fans an unprecedented, intimate music experience, the rare, 12-city run will traverse the East Coast and Midwest. For more information, visit www.TobyMac.com.
Get connected with TobyMac
Categories
Entertainment
comments powered by Disqus