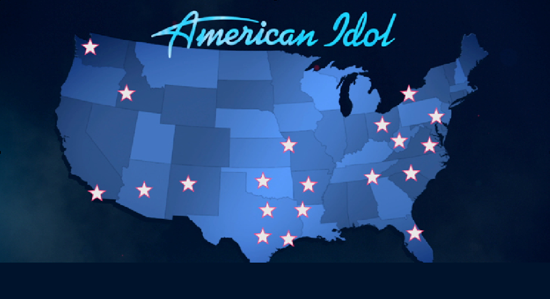 Wed, Jun 6th 2018 12:30 pm
Auditions to take place in 20 cities across America; simultaneous east and west bus tours begin Saturday, Aug. 25, in Orlando and San Diego
Following the success of the first season of "American Idol" on ABC, which crowned Iowa-native Maddie Poppe on its May 21 grand finale, America's beloved singing competition series announced Wednesday the list of audition cities for the network's second season. The nationwide search for the next superstar kicks off Saturday, Aug. 25, as the "Idol Bus" jumps into gear across America, offering hopefuls the chance to audition for a shot at superstardom.
Kicking off simultaneously in Orlando and San Diego, "American Idol" will search every corner of the nation in its pursuit for talent.
The "Idol Bus" will stop in Buffalo on Sunday, Sept. 9.
In addition to auditioning in-person, hopefuls can also submit audition videos online via www.americanidol.com/auditions or by showing off their talent via Instagram, Facebook, Twitter or Musical.ly using the hashtag #TheNextIdol.
"American Idol" will return to The ABC Television Network for the 2018-19 season. Returning to help find next singing sensation are music industry legends and all-star judges Luke Bryan, Katy Perry and Lionel Richie. Emmy-winning producer Ryan Seacrest will also return as host.
Venue specifics will be announced closer to the audition date. Judges will not be in attendance at the bus tour auditions. These are producer-only auditions before singers advance to the judge audition rounds.
"American Idol" auditions will be held as follows with additional cities being added in the coming weeks (subject to change):
Tour Stops
Performers must be at least 15 years old to audition. Visit www.americanidol.com/auditions for more details on specific audition locations, full eligibility requirements, submission forms, terms and conditions.