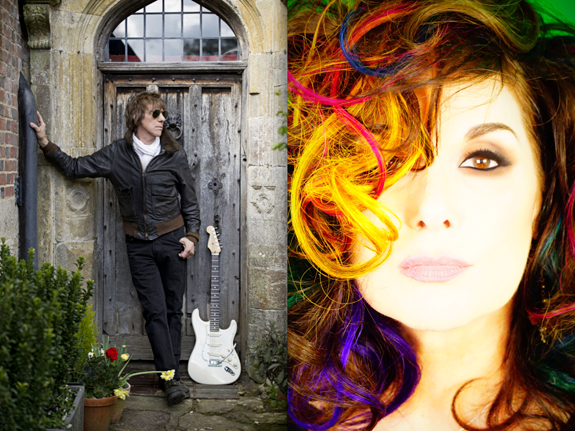 Jeff Beck and Ann Wilson will perform this summer at Artpark. (Photos provided by Artpark & Company)

Mon, Apr 2nd 2018 10:30 am
Tickets on sale at 10 a.m. Friday, April 6
Jeff Beck with special guest Ann Wilson of Heart will perform on Aug. 7 as part of "Tuesdays in the Park" presented by M&T Bank at Artpark. Tickets go on sale at 10 a.m. Friday, April 6.
Over the course of Beck's distinguished music career, he has earned eight Grammy Awards, been ranked by Rolling Stone as one of the "100 Greatest Guitarists of All Time," and been inducted into the Rock & Roll Hall of Fame twice - once as a member of the Yardbirds and again as a solo artist.
Wilson has created an impressive body of work as a songwriter and lyricist, including hits "Crazy on You," "Barracuda" and "Magic Man." The audience can expect Heart hits, songs from Wilson's solo projects, and others that have influenced and inspired her throughout her life.
It's a 6:30 p.m. show in the Artpark Amphitheater. Advance general admission tickets (carry-in chairs permitted) are $17 while front-of-stage (standing-room-only) and reserved seating (numbered chairs) tickets are $42. Ticket prices include facility fee; additional fees apply for online and phone orders. General admission tickets increase by $5 when purchased the week of the concert.
Purchase tickets online at artpark.net or tickets.com, by phone at 1-888-223-6000, or in person at the Artpark box office, 450 S. Fourth St., Lewiston (10 a.m. to 4 p.m. weekdays).
The announced "Tuesdays in the Park" lineup features:
Visit artpark.net for more information.
Categories
Artpark Entertainment Entertainment feature Home feature NFP Sentinel Sentinel HP Feature Picture Top Entertainment News