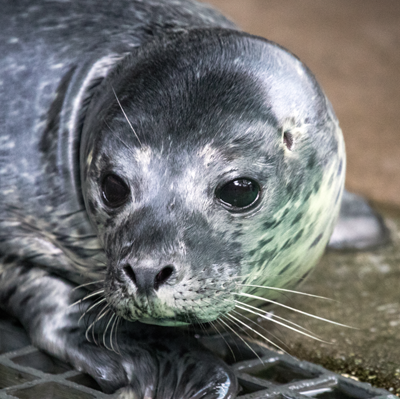 Mon, Jul 17th 2017 03:40 pm
For the first time in 30 years, a new harbor seal pup has been born at the Aquarium of Niagara.
On Thursday, July 13, 8-year-old Zoey went into labor after nearly 11 months of gestation. The pup was born just after midnight. The pup was greeted by the aquarium's zoological team and veterinarians, who remained in place to closely monitor the health of both mother and pup in the hours after birth.
Officials said the delivery was seamless, and both mother and pup are showing great signs of health.
Zoey, rescued and deemed non-releasable, has been at the Aquarium of Niagara since 2012 after undergoing surgery to correct a severe inner ear infection.
The pup is sired by 9-year-old Pickles, who joined the Aquarium in May of 2016 from SeaWorld San Antonio.
"It is such an amazing experience to see mom and pup begin to bond immediately after birth," explained Richelle Swem, curator of animal care. "Gender will be determined during a veterinarian examination in the coming weeks."
Throughout gestation, Zoey received weekly physical exams by aquarium veterinarians. This included ultrasounds and daily observation by trainers.
"It's such an inspirational time to be part of our organization," Executive Director Gary Siddall said. "We've been working tirelessly to embrace the future, and now we have the opportunity to celebrate the birth of our new pup as another success in our story."
Both pup and parents are currently residing in Rescue Harbor, among other members of the marine mammal collection. In coordination with facility technicians, animal care staffers have "pup-proofed" the habitat to ensure the health and safety of the newest addition.
The Aquarium of Niagara is located at 701 Whirlpool St., Niagara Falls. 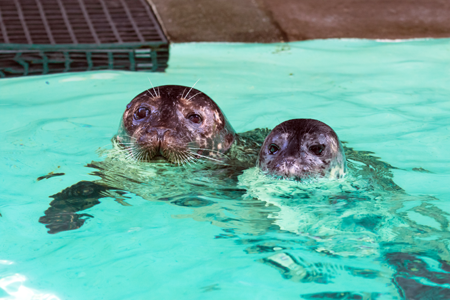