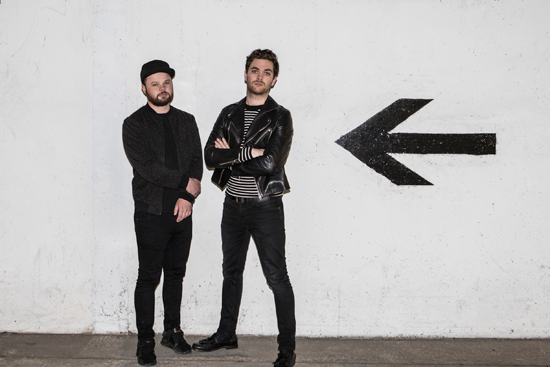 New album in tow, Royal Blood set to perform in Buffalo on Aug. 1

Mon, Jun 19th 2017 11:35 am
'How Did We Get So Dark?' out on Warner Bros. Records
British rock band Royal Blood released its sophomore Warner Bros. Records album "How Did We Get So Dark?" last week. The highly anticipated follow up to their 2015 self-titled debut is available on CD, vinyl and through all digital retailers. Visit www.royalbloodband.com to stream or purchase the album, which features the single "Lights Out," as well as "Hook, Line, and Sinker" and "I Only Lie When I Love You."
"How Did We Get So Dark?" is currently on pace to double its first week sales numbers and the album's lead single, "Lights Out," has been streamed cumulatively over 15 million times since its release.
Royal Blood will perform at the Town Ballroom in Buffalo on Tuesday, Aug. 1.
After becoming the biggest breaking British rock band with their self-titled 2014 debut album, "How Did We Get So Dark?" is one of the most anticipated releases of the summer. "Lights Out" was released on April 13, and Royal Blood premiered it in the USA live on "Jimmy Kimmel Live!" on May 9. Watch that performance HERE.
Earlier this month, the band returned to "Late Night with Seth Meyers" with an explosive performance of the track that can be viewed HERE.
The 10 tracks that are featured on "How Did We Get So Dark?" were written in instrumental form during sessions in Brighton, Los Angeles and Nashville. Always trying to explore ways of stripping their enormous sound back to give it more space and impact, inspiration for the lyrics came from events in vocalist/bassist Mike Kerr's life since the band first found huge success.
In November, Kerr and drummer Ben Thatcher, along with producer Jolyon Thomas, spent six weeks in a studio in Brussels that was decked out like a New York diner and featured a warehouse of antique gear. 'How Did We Get So Dark?' was subsequently completed after a final session in London with their debut album's co-producer, Tom Dalgety.
Royal Blood's breakthrough was huge. Their debut album was the fastest-selling British rock debut in three years, hitting No. 1 in the U.K., debuting in the Top 5 on the Billboard 200 in the U.S., and going Top 20 in 12 countries. It sold over 1.2 million units (including streams). Before they knew it, Royal Blood was touring with Foo Fighters, holding dressing room audiences with Jimmy Page in New York, and being presented with a BRIT for Best British Band in 2015 by the very same guitar god. Their ascendency was further underlined with major awards courtesy of Kerrang!, NME and Q.
Categories
Entertainment On Stage feature Top Entertainment News