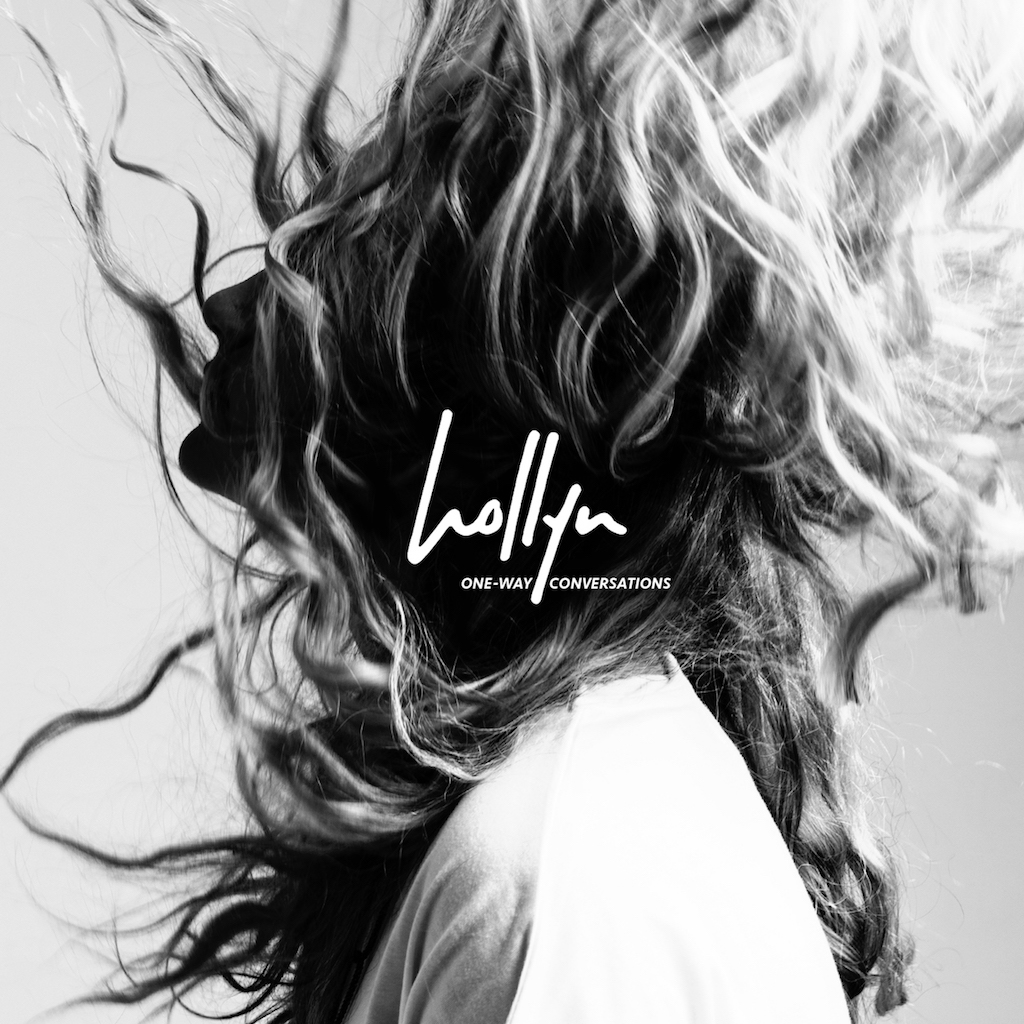 Gotee Records' Hollyn announced this week she will release her debut LP album, "One-Way Conversations," on Feb. 10. This album is the follow-up to her acclaimed self-titled EP that produced the No. 1 single "Alone (feat. TRU)" and the top 5 single "Nothin' On You."

The upcoming release already touts a No. 1 radio single with the track "Love with Your Life." The pre-order for "One-Way Conversations" is live now. Click HERE to preorder digitally, as well as preorder the CD on her site, iamhollyn.com.

Fans can also get a first taste of the album with the lead single, "Can't Live Without," by clickingHERE.

This 20-year-old Ohio native has had a whirlwind start since the release of her debut EP. She began her career with a rigorous 40-plus-date nationwide tour, followed by a handful of shows overseas supporting her mentor, producer and Gotee Records' label head TobyMac. She spent last summer on her first-ever solo run on the West Coast while working and processing the direction for her debut LP. In the fall, she was nominated for the GMA Dove Award New Artist of the Year category and had her award show performance debut. She was also named Air1's No. 1 Artist of the Year for 2016.

"I've had to grow up a ton - quickly," Hollyn said. "One season, I'm a typical teenager living at home; the next, I'm moving to Nashville, managing my own business and spending weeks at a time on a tour bus; all the while trying to figure out if music is truly what God's called me into."

And it is that personal reflecting that has led Hollyn to a deeply personal and one-of-a-kind debut full-length album. With co-writers/producers Bryan Fowler, Dave Lubben, Wit & 42 North, Cole Walowac of Capital Kings and Toby McKeehan helping bring her thoughts to life, these 10 songs culminate into an earnest snapshot of Hollyn being herself: a young woman working out life with God, relationships, artistry and career.

From the first track and lead radio single "Can't Live Without" - born out of that momentous trip to California, Hollyn wastes no time getting real.

"The album needed to start with most important thing to me: An honest confession of the loneliness I feel when I'm not in constant relationship with God or anyone else I care about," Hollyn said. "I often wonder if I'm even getting across to anyone; struggling to communicate what's going on in my heart. Conversations don't seem to go anywhere - hence the album title - and there's distance. Prayers seem to hit the ceiling. I can't survive long at all with that distance."

Hollyn will be on one of this year's top tours - the TobyMac "Hits Deep Tour" - beginning next month on Feb. 9 and running through April 9.

Hailing from Ohio, raised in the church and on the music greats from Lecrae to southern gospel, this "American Idol" alum has been working the past two years on her national debut. Hollyn has a style all her own. Listeners were introduced to this vibrant young lady on TobyMac's songs "Lights Shine Bright" and "Backseat Driver," which she is also a co-writer.

Hollyn's music has combined for 42 million streams on Spotify, Pandora and YouTube since the release of her self-titled debut in 2015. Her first radio single made radio chart history with 95 percent of the hot AC/CHR panel adding the single out of the box. It spent nine weeks at No. 1. Hollyn has two No. 1 hot AC/CHR singles plus a No. 1 as a featuring artist on TobyMac's "Backseat Driver."