Christmas: What would it be without holiday eats & treats?

Without holiday-themed meals, Christmas would no longer be the Christmas we know and love

Imagine you are sitting down on the couch on Christmas when, all of a sudden, you are overcome by hunger. You can hear your family beside you all agree that they are starved; so you move toward the table, only to see it's bare. There's absolutely no food in sight. Your stomach is rumbling and all you crave is your favorite holiday meal. But what do you eat?

What better way to end the year than with Christmas cheer? Food is the one essential variable that brings people together during the holiday season. Without beloved food traditions, holidays would not be the same. Many people have different ideas on what foods bring out the spirit of Christmas to them. These foods can range from candies and desserts to drinks, appetizers and main entrees, but are all equally enjoyed.

Candy canes are an essential part of the holiday season. Across the country, thousands of candy canes will be given out to kids the day before they leave for Christmas vacation either to eat or hang on their Christmas trees. With the large variety of flavored candy canes available, they are certain to be a holiday treat that everyone can enjoy. From peppermint, to cinnamon, Jolly Rancher-flavored, bacon, sriracha, or any flavor you can imagine, candy canes will always be in style and remain a Christmas favorite.

"I like candy canes on the holidays," said Andrew Goss, a sophomore at Niagara University. "The peppermint reminds me of Christmas time and the holiday spirit."

According to whychristmas?.com, the candy cane that is often associated with the Christmas season originated in Germany just about 250 years ago. It did not originally contain the red and white stripes that distinguish it today. Rather, the candy canes were merely straight white sticks. In the 1900s, the red stripes were added in the peppermint flavor.

Aside from candy canes, many candy companies create their wrappers and packaging to go accordingly with the holiday. They even go as far as changing the shape of their treats to create a more festive product.

Candy canes are often one of the sweet treats that people relate with the Christmas season. 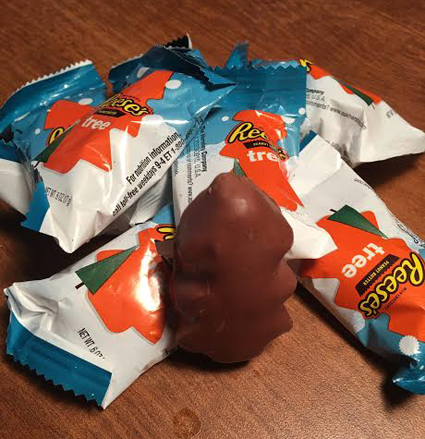 Reese's Peanut Butter Cups are in the shape of Christmas trees to represent the holiday season.

In many Italian households, macaroni/pasta is a common and popular dish, and is very often consumed on Christmas Eve or Christmas. Whether it be the Feast of the Seven Fishes, baked ziti, or just macaroni in general, there will certainly be a macaroni dish of some sort in an Italian household during the Christmas season.

"My favorite food around the holidays is baked ziti. I've had it every year at Christmas since I can remember," said Kyra DeJulio, a freshman at Niagara University. "My grandpa used to always make it, and it just became a tradition to always have it. Whenever I think of baked ziti, I think of Christmas dinner."

Eggnog is a dairy-based beverage that is creamy and is traditionally made with sugar, cream, whipped eggs and milk. To spice it up, many people add alcohol to their recipes, a tradition that's been around since the 13th century. It is consumed throughout the U.S. and Canada during the Christmas season and can be sold in grocery stores or it can be homemade.

"As far as seasonal foods and drinks go, I would probably have to say my favorite is eggnog. Having a glass on Christmas morning while waiting to open presents has become a tradition for my family, and is such an integral part of the holiday experience for me," said Liza Carrigan, a freshman at Niagara University. "The way we always have it with some nutmeg sprinkled on the top, and we have special glasses that we use at my grandparents' for it. I think the fact that it's so rich and sweet makes it feel almost like a present in its own right."

Ham, in many homes on Christmas, is a featured main entree. This is a modern Christmas dish that derived from the traditional Yule celebrations. Hams can range in flavorings from brown sugar, honey, glazed or maple. Many families have a tradition of adding pineapples to their ham, to give it a sweet holiday flavor.

According to The Reluctant Gourmet, the eating of ham around the Christmas season comes from the pre-Christian Norse tradition of killing a boar and serving it to honor one of the Norse gods, Freya. Dec. 26 is the Feast Day of St. Stephen and often is shown as serving a boar's head as an offering to God. Since the close proximity with Christmas, the serving of ham at Christmas traditionally was born.

Cranberries are another food associated with the holidays. A lot of times, companies will add cranberry flavorings to foods and drinks in order to fit in with the season. Cranberry sauce is a staple at many family dinners during Christmas.

Oftentimes, cranberry sauce is highly associated with Thanksgiving. What people don't realize, however, is that cranberry sauce can be a staple at many Christmas dinners. To some people, Christmas just wouldn't be the same without it. Cranberry sauce can either be homemade or store-bought for those people who aren't the best cooks, or just simply don't have the time to prepare it.

"There is really no holiday dinner, or Christmas dinner, without having cranberry sauce. Without the good old taste of Ocean Spray cranberry sauce, there is no Christmas," said Patricia Hatch, a Syracuse native. 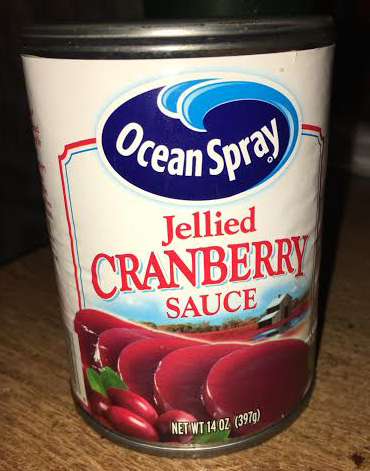 Ocean Spray cranberry sauce is a holiday favorite that can be obtained from grocery stores around the country.

The last, and sometimes favorite course of any meal, is the desserts. Whether it be cherry pie, pumpkin pie, apple pie or chocolate pie, there's a vast variety of holiday pies to choose from to feature in your Christmas dinner.

"Every year growing up, we always had chocolate pie, because my father insisted upon it," said Donato Scarfino, a Syracuse native. "Every year I would look forward to the chocolate pies and, since my father sadly passed on 11 years ago, we continue this tradition in the sake of his memory."

"I would have to say, that my favorite Christmas pie is cherry. I love how the cherry filling balances out the crust," said Mikayla Banack, a freshman at SUNY Oswego. "I like how it's not typically related as being a traditional Christmas pie. People usually associate the season with pumpkin and apple pie, but I personally relate Christmas with cherry pie."

Individuals usually relate Thanksgiving and Christmas with pumpkin pie. It is seen as a staple in many holiday desserts and is an American classic. Apple pie is also an American classic that is featured around the holidays. It is usually enjoyed warm and topped with a dollop of whipped cream.

Without beloved traditions, holidays would not be the same. Food is an essential part of a happy holiday, and it's hard to imagine having the same spirit without being able to indulge in all of our favorite festive eats. Imagining a Christmas dinner table without food paints a depressing picture, so always remember to be thankful for your Christmas traditions this holiday season.