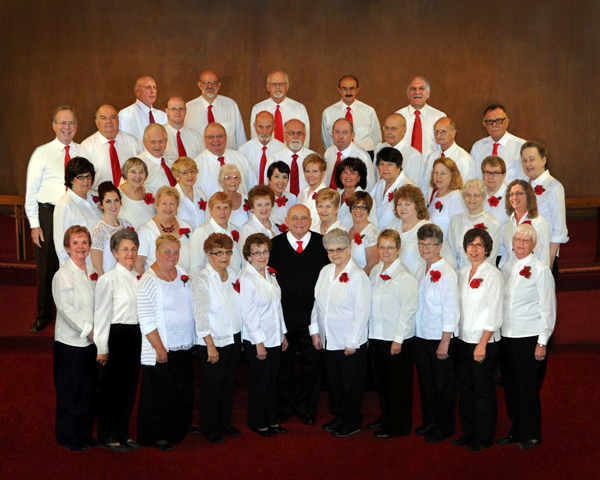 The Lewiston Choraleers will kick off its popular holiday concert series at 1 p.m. Saturday, Dec. 3, at St. Peter's Roman Catholic Church, 620 Center St., Lewiston. The performance will be part of the annual Lewiston Christmas Walk, sponsored by the Niagara River Region Chamber of Commerce.

The family-friendly program, titled "A Christmas Message," will feature an eclectic mix of traditional, contemporary, ethnic and international holiday music. The 50-member community chorus will be directed by Donald D. Shrimpton with accompaniment by pianist Jane Bristol and percussionist Pat Kuciewski.

All performances are open to the public, with a general admission fee of $5 (children 12 and under are admitted free).

The Lewiston Choraleers have been presenting seasonal concerts at Christmas and Easter and in the spring and summer in the Niagara Falls-Lewiston area since being formed in 2007, including a well-received performance at Disney World. A variety of videos and a list of scheduled performances are available at www.lewistonchoraleers.com and on Facebook.