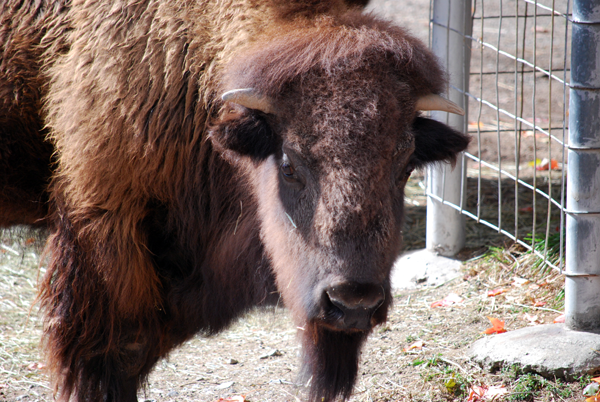 This Saturday, the Buffalo Zoo will celebrate National Bison Day.

The fourth annual National Bison Day will celebrate the ecological, cultural and economic contributions of America's largest land animal. The Buffalo Zoo will participate in this national celebration by providing special bison-themed activities, bison enrichment and keeper talks. The event is included with admission and takes place from 11 a.m. to 3 p.m. around the bison exhibit.

The Buffalo Zoo's resident bison, Rose, Betty and Wilma, will be joined by special guest Buster Bison, who will be on hand signing autographs and taking pictures.

Along with being the symbol of the City of Buffalo, the American bison officially became the U.S. National Mammal earlier this year when President Barack Obama signed the National Bison Legacy Act on May 9. Bison are considered a historical symbol of the U.S., and were integrally linked with the economic and spiritual lives of many Native American tribes through trade and sacred ceremonies.

For more information about the National Bison Day event, call 716-995-6133 or visit www.buffalozoo.org.