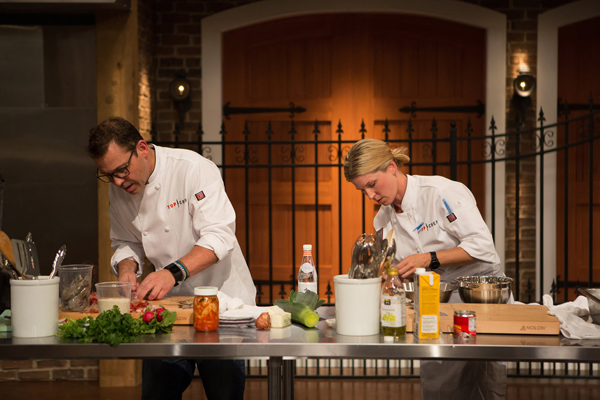 Bravo Media has revealed the eight returning chefs back for redemption on the new season of "Top Chef," airing Thursday, Dec. 1, with a supersized premiere from 10-11:15 p.m. ET/PT. It's the ultimate challenge of old blood versus new, on the Emmy and James Beard award-winning series, as the chefs head to Charleston to battle it out alongside eight "Top Chef" newcomers.

For a sneak peek of the season, visit: http://www.bravotv.com/top-chef/season-14/videos/your-first-look-at-top-chef-season-14

Returning to the kitchen:

For more information on all 16 cheftestants, visit Bravotv.com/top-chef.

Directly following the second episode on Thursday, Dec. 8, at 11 p.m., BravoTV.com will kick off the sixth season of the Emmy Award-winning digital video series, "Top Chef: Last Chance Kitchen," sponsored by Hidden Valley and hosted by Tom Colicchio. Each week, the eliminated chefs faceoff head-to-head in a pressure-filled battle to compete for the ultimate prize: redemption and a spot back in the "Top Chef" finale.