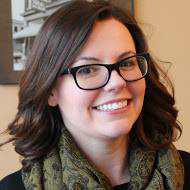 Democratic candidate will fight for job creation and against public corruption

The Small campaign made today's announcement by releasing a video titled "Think Big, Vote Small," which can be found HERE.

Small will seek to unseat Sen. Marc Panepinto. She listed public corruption and economic fairness as key issues in her campaign.

"It's time to elect a senator who will put our needs first," Small said. "I am running for Senate because we need to send someone honest to Albany. Someone who will focus on bettering our communities and bringing back the resources Western New Yorkers deserve."

"New York is on the verge of tremendous economic opportunity," Small continued. "We need to ensure that our towns and neighborhoods are not left behind."

Small, 29, serves as the executive director of the Parkside Community Association. In this role, she is an advocate for 2,500 residents, working to enhance their quality of life through crime prevention, traffic calming and fair housing advocacy.

Small also serves on the board of directors for B-Team Buffalo, and is a member of the Amherst Chamber of Commerce's Emerging Business Leaders council. She proudly serves as vice chair of WEPAC, a nonpartisan group focused on increasing female involvement in politics and government.

Small is a graduate of the University at Buffalo, and resides in North Buffalo's Parkside neighborhood with her family.